ON THIS DAY
Fans of “MASH” were shocked when Henry Blake (McLean Stevenson) is killed after his plane is shot down over the Sea of Japan in the third-season finale in 1975. This was the first time in television history that a main character on a series was killed off in a tragic way. Wayne Rogers as “Trapper John” McIntyre also appeared for the last time in that episode, but his departure came during the break between seasons when he asked to be released from his contract…Celebrity Birthdays: Actress Vanessa Williams(“Ugly Betty”) is 56; Queen Latifah is 49; “Younger” star Sutton Foster is 44; Adam Levine of “The Voice” is 40.

Ratings Breakdown:
“American Idol” on ABC (#2: 4.5 rating/8 share from 8-10 p.m.) bested NBC’s competing “World of Dance” (2.9/ 5) by 55 percent in the household overnights last night. Comparably, this was six percent below the 4.8/ 8 for “Idol” on the year-ago evening. Translation: this ABC version does not match “American Idol” at its low point on Fox, but it should be enough for ABC to win the evening in adults 18-49.

Singh is described as an actress, producer, writer and creator. She’s a leading force in the digital world, with a global audience of more than 14 million subscribers on her YouTube channel. She is also a New York Times bestselling author of “How to Be a Bawse: A Guide to Conquering Life.” She has appeared on Forbes’ 30 Under 30 Hollywood & Entertainment list, Fast Company’s Most Creative People list and Time called her one of the most influential people on the Internet.

“A Little Late with Lilly Singh” will be produced by Universal Television and Unicorn Island Productions. Singh will executive produce and Polly Auritt will co-executive produce.

Starz Renews “American Gods” for Season 3 with New Showrunner
Starz has greenlit fantasy drama “American Gods” for a third season less than one week after its second season opener. Charles “Chic” Eglee (“The Shield,” “Dexter”) will take over as showrunner, a position held previously by Bryan Fuller, Michael Green and Jesse Alexander.

Debuting on April 30, 2017, Ricky Whittle plays the series’ lead Shadow Moon, who meets a strange man named Mr. Wednesday (Ian McShane) after being released from prison, and soon becomes embroiled in a large-scale conflict between the Old Gods and the New Gods, who grow stronger each day. Each of the first two seasons has featured eight episodes. 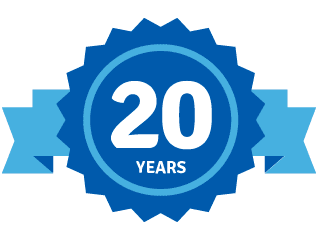 The Programming Insider turns 20 on April 19th. Two full decades as your go-to source for everything TV (and now digital) related.

As the media landscape continues to evolve we are asking for your financial support in these changing economic times. Any donation would certainly help in the operational costs, and it would give us the support to keep The PI alive well into the future. We truly enjoy keeping you in the loop everyday. To donate, please click here or on the below link.

Thank you for your support.

“When Calls the Heart” to Be Retooled on Hallmark Channel
Hallmark drama “When Calls the Heart,” the family friendly cable network’s most-watched scripted series, will not be canceled despite the axing of star Lori Loughlin follows news of her involvement in the college admissions scandal. The fate of the show was unclear after Loughlin, 54, was arrested last Wednesday on a felony charge of conspiracy to commit mail fraud and honest services mail fraud.

Said producer Brian Bird via Instagram: “#Hearties, thank you for your love, support, and patience these last several days as we have all been preoccupied with the news about Lori Loughlin and her family, and the decisions our colleagues at the Hallmark Channel USA needed to make,” the statement began. “As you can imagine, everyone involved with “When Calls the Heart” was surprised by these developments, so we hope you can forgive us for initially staying silent while we sorted through how to respond.”

“When Calls the Heart,” which debuted in 2014, will return with new episodes after a “retooling” hiatus. Loughlin portrayed widow Abigail Stanton.

2019 NCAA Division I Men’s Basketball Tournament TV and Announcer Schedule
Let the March Madness of 2019 begin! March 17 was Selection Sunday as 68 teams, their seedings and regions were announced for the upcoming annual tournament to ultimately determine the men’s Division I college basketball national champion.

Film “Tigerland,” directed by Ross Kauffman (“Born into Brothels,”) and produced by Fisher Stevens (“The Cove”), will premiere on Discovery Go on Saturday, March 23. The logline: One of the earth’s most majestic, powerful, and awe-inspiring creatures, the tiger has proven over the millennia to carry both literal and symbolic power. In the last century, however, the mighty animal has struggled to survive, with human civilization often to blame for the startling decrease in population:  where there were 100,000 wild tigers spread across the Asian continent in 1900, today fewer than 4000 are left in the wild.

New animated series “Lazor Wolf” will debut on Adult Swim on Sunday, April 7 at 12 a.m. ET. This quarter-hour series follows a wolf who carries a laser on his back and the adventures he and his pack of carefree friends face while hanging out at their neighborhood joints like The Clurb and Esther’s. The main cast of voice actors include musical artists Vince Staples and DRAM, WWE Superstar Big E, along with Quinta Brunson, Judnick Mayard, Andre Pascoe, Reginald VelJohnson, and J.D. Witherspoon.

ON THE AIR TONIGHT
Drama “The Fix” debuts on ABC…“9-1-1” returns on Fox…Season finales:“American Pickers” and “Pawn Stars” on History; “Jon Glaser Loves Gear” on truTV…For the listing of programming options for Monday, March 18, click here