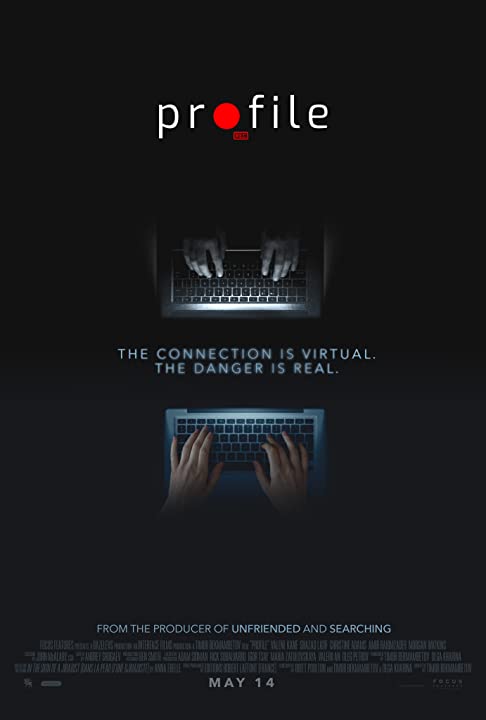 “An undercover British journalist infiltrates the online propaganda channels of the so-called Islamic State, only to be sucked in by her recruiter.”

“A terrifying look at what ISIS does to recruit unsuspecting young women who seeking something greater and men who will love them, wind up trapped, raped, or worse, dead.  This is a brilliant film and Valene and Shazad do a fantastic job portraying the characters taking you down a rabbit hole for which there is no escape.” 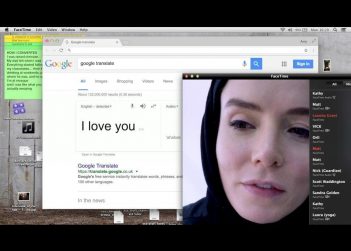 A British journalist goes undercover to infiltrate the online propaganda channels of the so-called Islamic State, which has been mobilizing ever greater numbers of women from Europe. Her daily Internet contacts with an ISIS recruiter gradually pull her in and push the limits of her investigation.
Amy Whittaker (Valene Kane) sets up her Facebook profile as Melody Nelson.  And so it begins.  She’s immediately being hit up by tons of people. When someone asks what she’s doing, she responds with, “Making friends with Jihadists.”
She continues, researching how to put makeup on, and how to wear hijabs. Amy learns how to apply makeup like ISIS women as the ISIS men love the eyes made up. She researches girls trying hard to find support online. She finds Taylor Conger who is but one of 750 girls that have joined the ranks of ISIS, most of them falling prey to rape, abuse, or even worse, death. Then she finds Taylor was killed. She was so young. 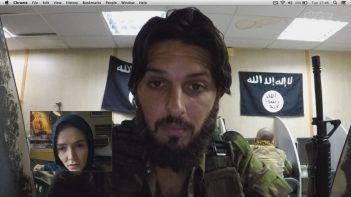 Amy gets more information from her paper about certain things needed for her to do the undercover work.  She connects with Lou, her newspaper editor, readying her for a call to Abu Bilel (Shazad Latif). Abu greets her in Arabic. He’s in Syria. He’s driving in a car and there’s a commotion outside the car. He says his job is killing people.
She’s also working with her fiancé to buy a home.  She’s learning how to start cooking at home when they don’t even cook at home, all the while hiding from him what she’s doing, putting her own relationship in jeopardy.
Back to Abu. Amy plays him up trying to get information from him on how they recruit women.  She needs this information. He tries to convince her to come to Syria. As long as she behaves properly, he says, she can spend time learning Arabic, and then in the afternoon, she can do anything she wants.
She’s definitely freaked because he wants her to marry him! He shows her a house he wants her to live with him in. She’s collected over 30 days of recorded videos. She’s hit up by her publisher before yet another call by Bilel.

He’s telling her that European women and American women are more open, that’s why ISIS wants those types of women. They are starting to create a relationship, she’s getting Bilel to tell her more information.  He starts to open up about his mother, his brother, and why he became a Jihadist. He shares a pic of his mum. He’s originally British. He gets emotional and hangs up.
Then she texts him about how her mother died. This is now getting personal.  She’s about to open up to him about her real name, then realizes “What the fuck am I doing?” She starts to understand him and tries to explain it to the chief editor, who feels that she’s lost it and threatens her paycheck.  Then she makes a decision that changes both their lives…
PROFILE is a terrifying look at what ISIS does to recruit unsuspecting young women who are seeking something greater and wind up trapped. This journalist took a hell of a chance and put herself in danger to get the story. Watching Amy Whittaker travel down the path of being a woman wanting to give herself to an ISIS man, really a British citizen, captivated me. How do these women believe the BS they hear just to be with a Jihadist? What do they see? 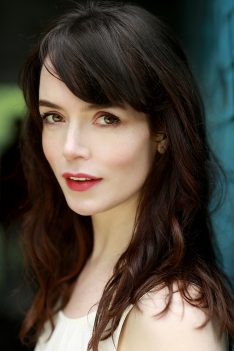 This is a brilliant film, Valene and Shazad do a fantastic job portraying the characters, taking you down a rabbit hole from which there is no escape. Amy went to the precipice and nearly fell into the rabbit hole with no way out.  Her instincts saved her, luckily.  I loved how what you see in this film is what happens every day in the world and on social media. We take on these personas and hide who we really are for something we seek because we’re missing something. Why do we do it?
Amy wanted the story so bad that she started to fall in love and buy the BS Abu was spouting.  Most, if not a large majority of these unsuspecting young women are sucked into the sales job that these ISIS recruiters tout.  They are good at what they do and they pull no punches. They want these women, and if they follow through with their journey, they are sold into slavery, never even meeting the recruiter they believed they would.
These ISIS men are perverts, pigs, and sexual addicts who want nothing more than to have what they’ve never had, a beautiful American or European young woman. So they prey on them, making what they’re selling seem like paradise and a world of passion, love, and riches, when in reality, if these young women knew what they were really getting into, they’d run in the opposite direction as fast as they could. 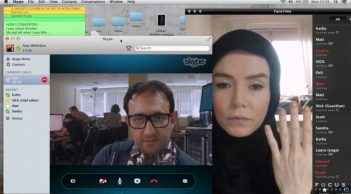 Who do you blame? The recruiters of ISIS? The parents? The schools? These young women are missing something in their lives. What is it? I’ll tell you the one thing they are seeking: LOVE!  If whoever is responsible for these young women would step up and give a damn about them, perhaps we wouldn’t lose so many every year.
In July 2018, the number of Western foreign fighters and civilians who joined ISIS was estimated to be up to 41,490 people with 4,761 being women and 4,640 minors. That’s 5000 minor young girls in one year and nearly that many women. This is crazy and we’re losing our women and girls to nutjobs. But why would they want to leave if it weren’t for the nutjobs we have right here in the United States? This trend needs to stop and we need to find out why they are being radicalized and stop it dead in its tracks, or you may lose your daughter, your sister, your wife, or your best friend.

It’ll be too late when you think back to: “What was she hiding? Why was she always online? What was the hijab doing in her bedroom?” By that time you’ll be thinking, “What have I done? How do I get her back? Where is she?” Because it’s not what you have done, but rather, what you have not done that allegedly drove her to seek ISIS, isn’t it?