Los Angeles, CA (July 11, 2018): This summer, Professor of Rock and Kenny Loggins have teamed up to share the story behind some of Kenny’s greatest hits. The special is called the Summer of Loggins. Every week, host Adam Reader will release a new video feature on ProfessorOfRock.com each Tuesday afternoon, now through September 25th. 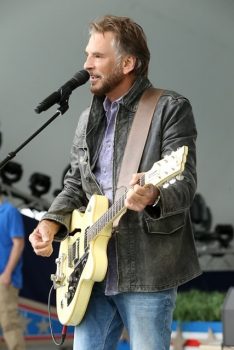 During the Summer of Loggins, a contest will also be held to find the ultimate Kenny Loggins fan. The winner will receive VIP tickets to meet Kenny at the exclusive Professor of Rock Live event with Kenny, on Saturday, October 6th at the beautiful Sand Hollow Resort in St. George, Utah, along with round-trip airfare, and a two night stay for you and a guest. To enter, create a video telling the world why you are the ultimate Kenny Loggins fan. For all the contest details, visit the Professor of Rock Facebook Fanpage (https://www.facebook.com/professorofrock/) For more about the Professor of Rock Live event with Kenny Loggins, visit: https://www.professorofrock.com/portfolio/summer-of-loggins/

ABOUT PROFESSOR OF ROCK:

Professor of Rock (POR) is a worldwide online platform presenting the definitive visual history of popular music- a digital community where music fans can gain access to watch mini-documentaries about the greatest songs and artists of the Rock Era.

Created and hosted by Adam Reader, the “Professor of Rock” (as he was dubbed the Beach Boys), the POR sessions are exclusive conversations with artists about life, love, serendipity, and the creative process, from their deeply personal perspectives.

POR launched in October 2017, featuring hundreds of hours of original content, including over 330 full-length artist sessions, and the stories of over 400 #1 hits. The POR team is a full production house, based in Salt Lake City, Utah. All the content on the platform was filmed, and produced, by POR. Over 8 million music fans, from all over the world, are watching.

An important part of the POR team is Executive Producer Del Williams, who has established a stellar reputation over a long career in the music business, as a promoter, marketer, live events producer, and as a senior record label executive. Del has also earned accolades for his efforts in helping to advance the careers of many superstar artists, such as Maroon 5, Coldplay, Dave Matthews Band, Muse, Radiohead, Keith Sweat, and Metallica.

POR is committed to the posterity of the artists, and their music. In the words of Adam Reader, “songs serve as hallmarks of our history, and link every generation to the next. When it comes right down to it, we are a human family, and even in times of great adversity, peril, and divisiveness, music is still the uniting force.” 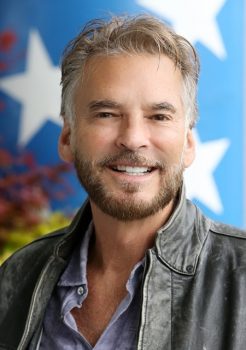 Kenny Loggins has sold more than 25 million albums worldwide and has won two Grammy® Awards. His songs have left his musical imprint on “the soundtrack of our lives.” Over the last four decades, his chart-topping songs have included “This Is It,” “I’m Alright,” “Footloose,” “Danger Zone,” and so many more. In addition to his string of successful recordings, both solo and as a member of the famed duo Loggins & Messina, Kenny became the first major rock star to dedicate himself to recording music for children and families. His album Return to Pooh Corner remains the best-selling children’s album of the last 20 years. In 2016, he released his latest children’s project, the book Footloose (Moondance Press, an imprint of Quarto Publishing Group USA, October 17, 2016), inspired by his 1985 Oscar® nominated and Grammy® Award-winning “Song of the Year.” Last summer, he was a recipient of the ASCAP Harry Chapin Humanitarian Award at the annual Chapin Awards hosted by WhyHunger. Last month, The Guild of Music Supervisors honored the legendary singer, songwriter and guitarist with the organization’s first-ever Icon Award for his outstanding achievements in film, television, and soundtracks. His gift for crafting deeply emotional music is unparalleled, and it’s been a part of his life as long as he can remember. His generous support of countless local organizations has made a lasting impact on the causes that are close to his heart. Starting with a single donation of toys as the spokesperson for Santa Barbara’s Toys for Tots program in 1987, Kenny is recognized as a Unity Shoppe Shining Star for his work in shaping the organization’s mission. Kenny regularly lends his musical talent and generous heart to support youth-based programs like Make a Wish, Teddy Bear Cancer Foundation, and Little Kids Rock. In 2016, Kenny was honored with a Humanitarian of the Year Award from Little Kids Rock, for his extensive commitment to children’s causes and his core belief that “Every child should experience the healing power of music.”