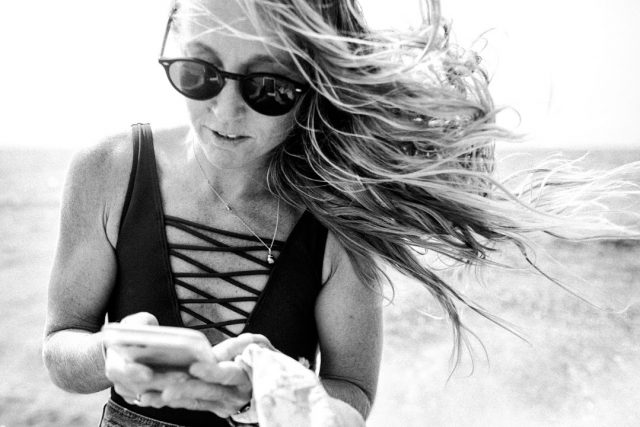 Los Angeles, CA (The Hollywood Times) 2/3/21 – For over 15 years, Amber Palson has been behind the orchestration of some of the top fashion projects in both magazine editorials and major brand advertising.

You may recognize projects that she’s masterminded in the likes of Vogue, Vanity Fair, and Instyle Magazines.

« Orchestrating » and « master-minding » are two words that define well the role of a producer. Today, let’s talk about Amber Palson’s journey to producing several shootings for Oprah Winfrey.

From Canada to Global

Born in Winnipeg, Canada, Amber’s talent in photography was obvious from a young age. She knew that her passions for fashion, arts, and culture would all meet together one day, but little did she know it would bring her to work with the most famous and respected celebrities in the fashion world.

Amber Palson worked for the most talented photographers in the world, including Mark Seliger, who was the first to notice her talent. If you don’t know his name, he served as chief photographer for Rolling Stone Magazine and he’s behind the most iconic portraits of Barack Obama, Kurt Cobain, Paul McCartney, Patti Smith, Keith Richards, Elvis Costello, and Johnny Cash, just to name a few…

Working in his team for 3 years raised Amber through the ranks to become one of the studio’s top producers.

As a renowned producer, many talents, celebrities, and brands can’t envision a shooting without her expertise.

A surfer at heart, Amber continued her career as an executive producer at a prominent production company in Hawaii. It was there that she produced for Oprah Winfrey on 5 magazine covers.

The producer is instrumental in making the photo shoot happen. That’s how Amber describes her work :

« I like seeing my clients’ creative vision and translating that into what’s necessary for locations, crew, and logistics to make it happen. Every day is different, every challenge is unique. » – says Amber Palson

Being a producer involves getting places, convincing people of a creative project, and negotiating with them to secure the best places, the best talents, and being surrounded by the best in the industry.

« My job is all about relationships. I need the support of the hotel booker, modeling agencies, and a location owner…it’s all walks of life and if I can establish genuine respect and rapport with my negotiations, I can give my clients more options to achieve success in their production. Being a good human is key to any long-term business project. » —she says.

We asked Amber Palson a few questions about her work with Oprah Winfrey :

How was it like to work with the incarnation of Women Empowerment, Oprah Winfrey?

“Oprah surrounds herself with amazing humans. It was truly an honor to see her in work mode behind-the-scenes, she was incredibly giving and made everyone feel special on set. The shoot was at her ranch in Maui and after we wrapped she served us cucumber-infused vodka martini’s on her lanai. The next day, the groomer said to me, was that a dream last night, or did Oprah Winfrey refill my drink?”

Did Oprah Winfrey inspire you in any way?

“Her best friend, Gayle was there and I was really inspired seeing them work together. Oprah does great things in the world, she cares deeply – everything about her is inspiring.”

Did you learn something from those photoshoots, as a producer?

“This was another level of understanding sensitivity, discretion, and privacy when it comes to a celebrity at this stature. There’s a lot of eyes on her globally and there was abundant caution to keep her comfortable and well taken care of, and to keep the story under wraps until the launch of the magazine.” 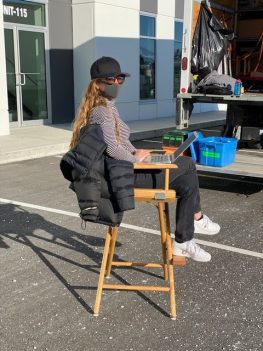 From New York to Hawaii to Vancouver, Amber’s growing list of clients includes JCrew, Eddie Bauer, and Puma. She confided us some exclusive news :

« I’m stoked about a project coming up with renowned photographer, Richard Phibbs. I absolutely adore his work and our collaborations are always epic. I can’t reveal the details, but I can say that it will be very relevant in the fine arts and animal rights communities. »