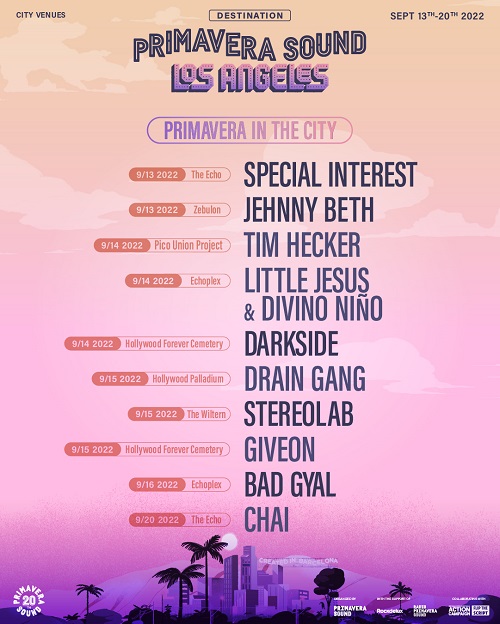 Primavera Sound Los Angeles marks the first Primavera Sound festival held in the United States and is scheduled for Sept. 16 – Sept. 18 at L.A. Historic State Park. Headlined by Arctic Monkeys, Nine Inch Nails and Lorde, along with over 50 other artists, the three-day festival aims to introduce an exciting musical celebration for all attendees. 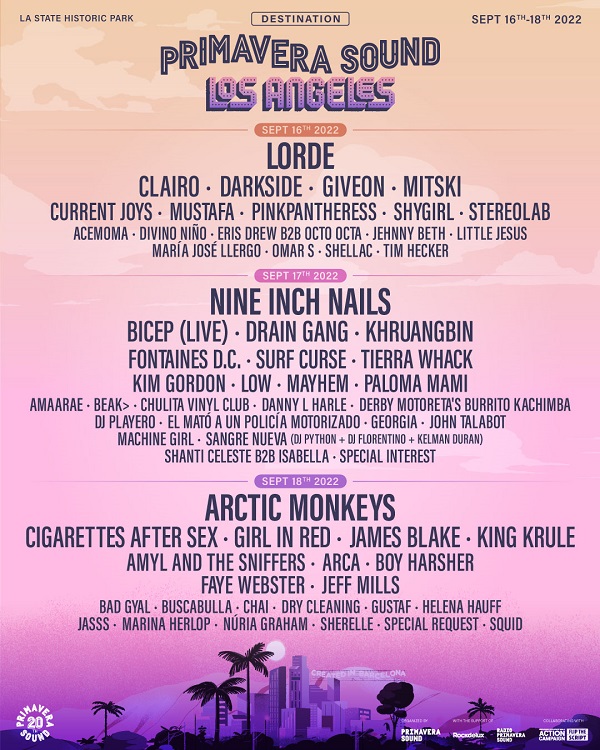 In addition to the main festival, Primavera In The City offers another chance for music lovers to see Primavera acts. In total, ten artists will perform in these standalone shows. The following is the list of acts scheduled:

Primavera In The City Shows

Special Interest: The Echo on Sept.13

Stereolab: The Wiltern on Sept. 15