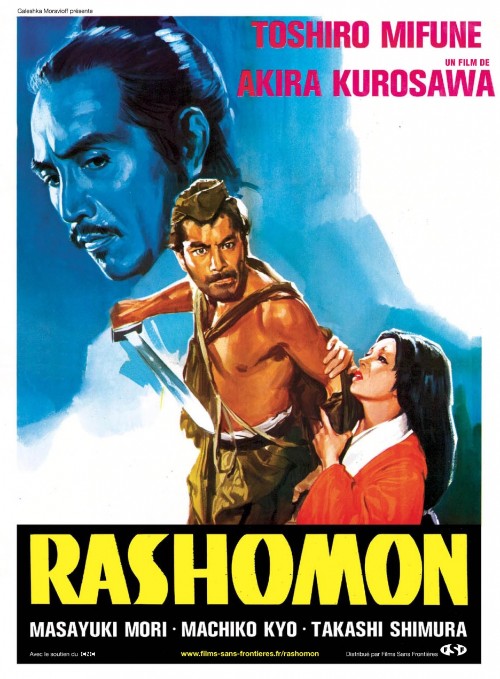 “Egoism is a sin the human being carries with him from birth; it is the most difficult to redeem.”–Akira Kurosawa

What is truth?  We in the US know full well how difficult “truth” can be to determine as the lengthy 2020 election debates and Trump impeachment trial proceedings unfold in all of their baffling complexity.

Set in 12th-century Japan during particularly dangerous and difficult times, the film version of RASHOMON shows armed bandit Tajomaru (Toshiro Mifune) brutally attacking Masako (Machiko Kyo) and her husband Takehiro (Masayuki Mori) in a forest by means of flashbacks.  After his capture, Tajomaru is put on trial.

Tajomaru and Masako both testify in court and Takehiro’s ghost testifies through a medium.  Eyewitness testimonies are given by a priest, a policeman, and a woodcutter. Less desirable human emotions such as envy, hatred, lust, and shame dramatically color all of the accounts.

Who kills the samurai, and what really happens to his wife?  Inquiring minds have wanted to know for the 70 years that RASHOMON has now been in circulation!  The creative plot devices Kurosawa uses produce what is now known as “the Rashomon effect”.

The highly stylized costumes, movements, and music in RASHOMON give it the resonance of Greek tragedy.  Dappled light effects and the veiled hat worn by the wife may have been intended to represent the obscuration of truth. 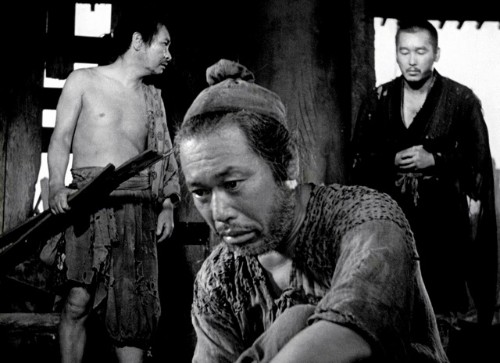 Courts of law exist to bring civilized order to uncivilized chaos and render fair judgments and penalties when crimes transgress the social order.  But can this really be done when human memory and motivations constantly distort the very nature of reality?

Japanese cinema entered the world stage when RASHOMON appeared in 1950.  RKO Radio Pictures released a subtitled version in the United States on December 26th, 1951.  RASHOMON won numerous accolades, including an honorary award at the 24th Academy Awards in 1952, and is now considered one of the finest films ever made.

Unsurprisingly, RASHOMON’S obsessive emphasis upon individual rather than collective reality has made it more popular in the West than in the East.  Frequent closeups of all the characters that would make magnificent stills are framed artfully throughout the film from beginning to end. All are allowed to speak their truth no matter how unreliable they may be.

Forewarned is forearmed!  RASHOMON will make you feel and make you think.  For most viewers, it raises more questions than it resolves. 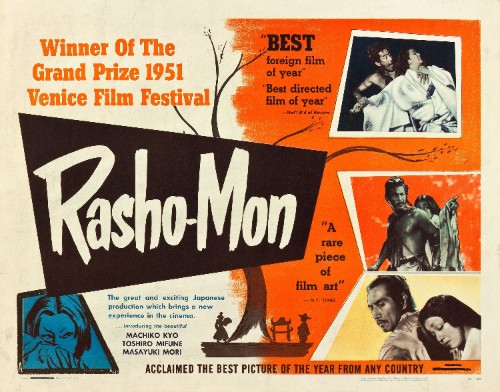 In November 2012, the Criterion Collection released the digitally restored Blu-Ray edition of RASHOMON that includes many exciting and useful extras for film buffs: audio commentaries, documentaries, interviews, trailers, essays, and reprinted translations of “In the Grove” and “Rashomon”.  This edition sells for $27.99 on Amazon.

Since 2011 Arena Cinelounge has been the premier boutique art house cinema located in the heart of Hollywood.  Open seven days a week, Arena Cinelounge presents a vital mix of new releases and classics as well as live film events.