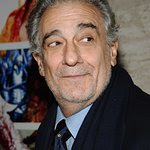 This event was created in an effort to raise awareness for rainforest preservation and to encourage the reforestation of damaged areas.

Rock in Rio has already committed to planting one million trees in the Amazon Rainforest, and they hope that the launch of this campaign will engage a wider audience and raise that number to three million through direct donations.

The unprecedented floating concert plays a strategic role in broadening the message of preserving the rainforest. By partnering with LiveXLive, Amazonia LIVE is turning into a global calling, reaching millions of consumers worldwide.

Legendary performer Placido Domingo and Brazilian sensation Ivete Sangalo will come together as the headlining acts to perform on a leaf-shaped floating barge for an audience of 200 notable attendees.

“We are thrilled to partner with Rock in Rio for this historic concert event,” said Robert Ellin, LiveXLive Founder and Chairman. “Since launching in May 2016, LiveXLive has developed into a premium live music streaming network with a large global audience reach, and we feel honored to be involved in this movement to preserve one of the earth’s most precious resources, the Amazon Rainforest,” he continued.

An expert cinematography and production team, working with drones and 360 cameras, will capture footage for the live broadcast to include full-length performances, exclusive behind the scenes footage, artist interviews and more.

“In addition to planting over one million trees along River Xingu with our Amazonia LIVEconcert, we also plan to support surrounding villages through various other social initiatives,” said Luis Justo, CEO of Rock In Rio. “With LiveXLive’s expansive global reach, this event will not only inspire people around the world to take action, but also reinforce our mission to unite people using music as a common language,” he continued.

LiveXLive and Rock in Rio will collaborate with various marketing partners to raise awareness for the live event and encourage the global audience to donate toward the reforestation efforts of the Amazon. This collaboration to support rainforest preservation is the first of many charitable initiatives LiveXLive will be announcing in coming months.

During the concert, LiveXLive will also have a production team on-site to capture footage for an upcoming documentary with a goal of raising awareness for the cause and showing viewers how music plays an integral role in the promotion and success of these movements. 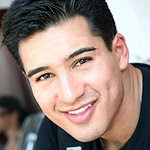 Mario Lopez, Marie Osmond, and Tony Hawk, were some of the first to enter videos to win over $65,000 for children’s charities in the first National Child Awareness Month (NCAM) Talent Challenge on Indi.com, established by the Festival of Children Foundation.

Celebrities kicked off the Challenge, which concludes on September 30, 2016; they hope to inspire their fans and the public to support children’s charities by entering their own videos to the Challenge.

Participants can support their favorite children’s charity by uploading a one-minute or less video of a “talent” to Indi.com/ncamchallenge showcasing something silly, or a talent such as singing, dancing, comedy routine, magic, impersonation, or a sports trick. In the video, participants should state which charity he/she supports and challenge at least two other people to respond to his/her challenge. Then, they should promote their entries on social media, where likes and shares of their videos earn “Buzz Points” on Indi.com, the global video platform hosting the NCAM Challenge. The children’s charity with the most Buzz Points at the end of the Challenge will receive $50,000 from the Festival of Children Foundation.

“Everyone is encouraged to participate in this fun, easy challenge and give their favorite children’s charity the opportunity to win,” says Sandy Segerstrom Daniels, founder and executive director of the Festival of Children Foundation. Besides the top prize of $50,000, a second place prize of $5,000 will be awarded and a third place prize of $2,500. A Founder’s Pick of $5,000 will be awarded along with a NCAM Youth Ambassador’s Pick of $5,000. The charity with the most “buzz” generated by videos submitted in September will earn $5,000!

“We have commemorated National Child Awareness Month for the past 8 years by spreading awareness of children’s issues throughout the country through our network of 450 member organizations,” noted Segerstrom Daniels. “Through grants of over $200,000 to Youth Ambassadors from all 50 states, we have mobilized more than 14,000 youth volunteers and have impacted more than 700,000 individuals. We anticipate that the NCAM Talent Challenge will build strong recognition for the need to focus on children’s issues and motivating many more people to get involved,” according to Segerstrom Daniels who has been instrumental in getting the U.S. Congress to designate September as National Child Awareness Month. “Our goal is to see that National Child Awareness Month focuses the attention of our nation on the most critical issues facing children today.”

National Child Awareness Month is making a significant impact on many children’s charities across America. Through Festival of Children Foundation’s national platform, there is renewed energy and focus on children’s issues, and action is being taken to make a difference in those lives, one child at a time. 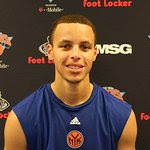 TechCrunch announced today that two-time NBA MVP and Golden State Warriors point guard, Stephen Curry, will be speaking onstage for the first time ever at TechCrunch Disrupt San Francisco on Tuesday, September 13th at 5:30pm PT, where he’ll talk about his roles as a tech startup investor, philanthropist and athlete.

In addition to having the most three-pointers in a season and leading the Warriors to the finals in back-to-back seasons, Curry is also an avid philanthropist and tech startup investor. Curry has a window on the startup world through his role in Slyce, a content management platform that empowers brands to leverage talent through content distribution and analytics.

“TechCrunch is thrilled to welcome Steph Curry to the Disrupt Stage in San Francisco this September,” said Ned Desmond, TechCrunch COO. “In addition to his record-breaking performance on the court, where he supports Nothing But Nets, Curry is also disrupting the tech industry by investing and involving himself with startups like Slyce.”

TechCrunch and Curry are partnering at Disrupt to support a cause that fights one of the oldest and deadliest diseases: malaria. Curry is a champion of the United Nations Foundation’s Nothing But Nets campaign, a global movement to save lives by fighting malaria, a disease which claims the life of a child every two minutes. The campaign raises awareness, funds, and voices to protect families most vulnerable from this preventable disease. Over the last four years, for every three-pointer Curry made he donated three life-saving bed nets.

“I am excited to be able to share the impactful work of Nothing But Nets with the TechCrunch Disrupt attendees,” said Curry. “Having the opportunity to continue to raise awareness and funds for the cause with such a creative and innovative audience is incredibly important to finding a solution to malaria.”

Directly following his onstage appearance at TechCrunch Disrupt San Francisco, Stephen Curry will join the Nothing But Nets team and TechCrunch for an intimate onsite fundraising event. Attendees will have the opportunity to meet Stephen, get a photo with the NBA MVP and help fight the scourge of malaria in Africa. The intimate reception will include a 15 minute Q&A moderated by sports journalist Rick Reilly who wrote the Sports Illustrated column that launched Nothing But Nets 10 years ago. All proceeds from the event will directly benefit Nothing But Nets, and donations are tax-deductible. Attendance is limited to 50 and tickets can be purchased atwww.nothingbutnets.net/techcrunchdisrupt. 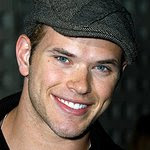 Whether it’s Hollywood, American Idol or the professional sports arena, never underestimate the heart behind the well-known faces we all love. Star power has been igniting charity work for several years now, but it has taken until 2016 for mobile technology to provide a better way to rally fans for good.

MaximusLife, a mobile lifestyle and fundraising platform for charities, is dedicated to giving charity champions everything needed to connect fans directly to their favorite causes via mobile fundraising campaigns. Each MaximusLife campaign revolves around a lifestyle or fitness challenge that fans can rally behind with simple check-ins on their mobile device.

Over the past few months, Kellan Lutz (a well-known actor seen in the Legend of Hercules and the Twilight Saga), American Idol’s Jason Castro and professional surfer,Bethany Hamilton, have all rallied their fans to join MaximusLife’s challenge platform putting social good directly into the everyday life of their fans. Recent challenges, designed to be more rewarding than the famous ice-bucket dump, have included 50 daily pushups for a trip to LA, 10k steps a day for a Backstage Fly Away, and the most recent 100 ab moves a day led by Bethany Hamilton.

MaximusLife’s challenges sync directly with wearable devices and your favorite social media accounts to empower supporters to “Live Great. Do Good and Win Big.” Supporter prizes vary from point-based gear to fly away trips all for raising awareness and critical funding alongside charity champions.

Check-out Castro’s current campaign to Walk 1 Million steps for poverty. To join the fun, simply get your Fitbit charged and check-in on Castro’s challenge.

“We are excited to rally our fans towards a fun way to support a good cause near to our hearts,” said Jason Castro. “Roma Boots, an organization dedicated to ending poverty, is doing amazing work and we hope to raise awareness for its mission by reaching 1 Million steps for poverty through our fan base.

Further information on this new influencer and celebrity challenges can be viewed atMaximusLife.com.

Celebrity Auction specializes in driving the online charity auction the extra mile along the red carpet. By matching up everyday people with their favorite stars and their special charities, Celebrity Auction allows anyone to give a little and get a life-changing experience in return.

Imagine getting a private tour of Jay Leno’s Big Dog Garage car collection, going to a concert and having a meet and greet with Andrea Bocelli, or attending a star-studded event like the Maxim Hot 100 Party. These are the one-of-a-kind experiences you will find at Celebrity Auction and the list will keep growing.

“It’s been a long time coming but we are excited to finally make our debut,” says founder, Nick Batchelor. “Often for Celebrities their aim is more than fame. Many want to use their notoriety to make a real difference and do something that is close to their heart. We are here to help them put the spotlight on a cause they really care about.”

Musicians and bands can donate a slice of their time at a scheduled event for a meet and greet backstage experience and sign on memorabilia. Sport stars can give back by allowing their fans to a private practice and maybe even give a lesson. Movie and TV stars can donate a set visit experience and have coffee with them. Models and fashion designers can give a behind-the-scenes look at what happens at a fashion show. Think of something big and Celebrity Auction can help to make it happen.

“Collect moments in life not just things.” says co-founder, DeAnna Batchelor. “Our tagline is: Meet your HERO + Be a HERO. Celebrity Auction is excited to make this possible. We want to make what is normally inaccessible, accessible!”

Charities and foundations are the big winners and they are welcome to contact Celebrity Auction to see how they can help raise funds for their non-profit and at zero cost to them. Their goal is to make dreams come true, while helping the underprivileged realize theirs.

Look to the Stars

Look to The Stars Newsletter