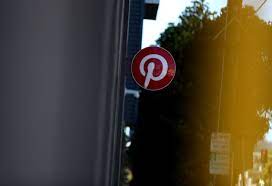 After a 12-year run, Pinterest co-founder Ben Silbermann is stepping down from his perch as CEO of the popular image and link-sharing service.

Following word of Silbermann’s departure, Pinterest’s stock price rose by more than 8% in after-hours trading. That initial pop may have been a sigh of relief from some investors, who’ve watched Pinterest’s stock steadily decline over the last year. Or, perhaps it’s a vote of confidence for Pinterest’s incoming chief executive: Google commerce boss Bill Ready.

In 2021, Pinterest announced a goal to steeply increase the number of women among its leadership ranks. Yet this transfer of power means another man will be in charge of a service that’s uniquely popular among women.

More on this particular man: Ready most recently oversaw Google’s shopping and payments efforts. Earlier, Ready roamed PayPal’s halls as its chief operating officer, and before that, he ran Braintree (which PayPal snapped up in 2013 for $800 million). Ready is also a board member of Williams-Sonoma (the place for looking at pricey copper pots and pans) and payroll company ADP. The incoming executive’s extensive history in payments and shopping software dovetails plainly with Pinterest’s ever-growing interest in selling stuff.

“In our next chapter, we are focused on helping Pinners buy, try and act on all the great ideas they see,” said Silbermann in a statement. The co-founder will stick around as Pinterest’s first executive chairman.

Curiously, PayPal was reportedly looking into buying Pinterest back in October 2021. Days later, the payments firm squashed the “rumor” in a note to investors, saying it was “not pursuing an acquisition” at that time.