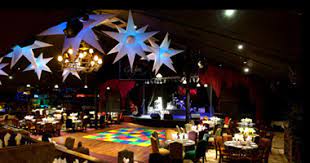 Music Review for The Hollywood Times
By Jodi Jackson
Los Angeles, CA (The Hollywood Times) 11/18/21 – On this spectacular night, the Pop Synth Duo PIERA made their mark opening for the 80’s iconic super group ABC, with a stellar, riveting, haunting performance of all original songs.
This passionately art-driven duo came on strong with inexorable tribal beats and ambient psychedelic electronic sound that swirls in a mosaic of effects, with effortlessly powerful, haunting, and mystical vocals, soaring above the sea of sound with commanding presence. The audience,  predictably, went wild song to song.
The show was captivating. PIERA has created a truly authentic, original futuristic sound, yet it has retro elements spanning from the past decades of the best electronic music.
Its retroelements are there …like an old family recipe, you can taste it and identify it, it brings back memories, but at the same time what they are doing is very new and cutting edge.
PIERA is the kind of act you would expect to see moving crowds in local festivals like Substance LA and in venues such as Das Bunker…those crowds would eat them up, and yet it seems simultaneously they are on a trajectory towards cultivating a broad global audience.
PIERA just came off from 6 stellar shows, opening for 80s iconic synth group, Berlin, on August 7th in Montclair, and The Untouchables and Bow Wow Wow on September 3rd in Santa Clarita (both at The Canyon nightclubs in SoCal), and on September 10th headlining at The Silverlake Lounge, and was just part at the iconic Punk Museum founder, Tequila Mockingbird’s “Sunday Club”, at the Oracle Tavern in Downtown Los Angeles on September 26 as part of her annual Dada Bauhaus Masquerade Ball, and opening for Oingo-Boingo on October 8, at The Canyon in Santa Clarita, and this show opening for ABC in Agoura.
In December they will be opening for 80’s Chart Toppers – A Flock of Seagulls again at The Canyon Club in Agoura.
Almost instantaneously, PIERA has carved their own niche and established themselves as one of LA’s most promising pioneering new acts to watch. They are cultivating a new sound blending psychedelic, indie-synthpop, krautrock, Avant-Garde, and industrial pop.
About PIERA
PIERA is made up of two super talented musicians, both songwriters, and producers.  On stage Piera Klein’s vocals and Micah Plissner’s distinctive synth-backdrop create the duo’s otherworldly sound.
The newly released “Unraveling” music video and experimental art collage video, “Cosmic Reaction”, are climbing the Triple-A and College Radio Charts, and YouTube views are surging. There is a surprise in store coming very soon, another single that promises to gain momentum on the radio.
PIERA’s music is very distinctive — every song on the album is a masterpiece on its own. Micah says, “I think everything comes from the spiritual and manifests into the physical, including music. The more in touch you are with the spiritual side of yourself, the more your creativity will explode”.
About Piera Klein
Piera Klein is a true visionary, a rising star in the next generation of female musicians and artist-activists. An artist working in many mediums– lyricist, musician, producer, and visual artist, Piera also has a big heart for the marginalized, and keeps herself busy in community outreaches and women’s initiatives, embracing both the spirit of creativity and social activism in her daily life.
About Micah Plissner
Micah Plissner is a successful music industry legend  – a professional vocal coach and music producer, with additional credits…Some of his clients have included: Roger Waters, Beyoncé, Babyface, Sean Combs, Pussy Cat Dolls, Katy Perry, Sky Ferreria, Iconapop, Jeffrey Starr, Life house, Carmen Electra, Danity Kane, Local Natives, Jimmy Iovine, Irving Azoff, Nigel Lythgoe, Nick Cannon, Tommy Mottola, Armie Hammer, Label and Managers; Warner Music Group, EMI, RCA, Republic Records, Def Jam Music Group, Island Records, Verve Records, Republic, Red Light Management, ICM, just to name a few.
More info at: www.micahprovocals.com and www.micahplissner.com
PIERA:
www.PIERAMUSIC.net
Instagram: www.instagram.com/piera.music
Spotify
Spotify Player