Jimmy Steinfeldt: How often do you clean your lens?

Jim Krantz: Not very often. I’m not too fixated on the cameras. At times when working in weather, I’ll accept rain drips on my lens, interrupting the optics of the glass. That can add something unexpected and beautiful.

JK: I pull ideas from so many different sources. Sunday mornings I read about photography. Today I was influenced by Wynn Bullock. There is a shot of his called Navigation Without Numbers. It’s magnificent. I keep a picture of it on my phone. I first saw his pictures when I was seventeen. That’s one of the reasons I got into photography. 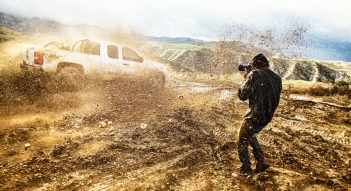 Also, Frederick Sommer who I felt redefined photography. Another influence is Henry Holmes Smith, obscure but also such a great innovator. Photographer Minor White, and Aaron Siskind, all photographers who have had and still have a huge influence on my work. They were abstract thinkers and their images are so thought-provoking. You look at things and sometimes they just strike a nerve inside of you. It’s hard to describe what it is.

I also learned from my grandpa, David Bialac, an artist who worked in copper enamel. He would never use the words abstract expressionist but when I look at his work now I think that’s what he was. He was prolific in the late 1960s when I was just a kid and I spent every Saturday with him. My grandpa and the photographers I mentioned are a source of inspiration for me.

JS: Other influences besides photographers? 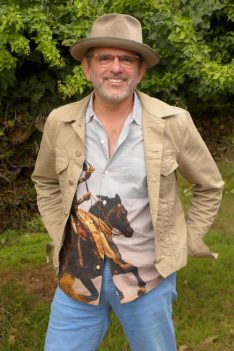 JK: I build a mood board, collected images of drawings, paintings, and photographs that illustrate a feeling picture in my mind. Last week’s project included paintings by Jamie Wyeth and Andrew Wyeth images on my mood board. The painting of his daughter on the hillside down in the grass, I love the feeling of that.

I think Marvel Comics are at times a great inspiration too. I get inspired by comic book art. they express strength through solitary figures that are undaunted. A lot of my work has the feeling of a person who is existing in a harsh environment, working against the current, experiencing headwinds, and surviving. Maybe I’m expressing the person I’d like to be. Currently, my exhibit The Way of the West at Danziger at Fetterman Gallery in Bergamot Station in Santa Monica expresses this idea, picking your path and being the master of your destiny.

JK: My first powerful professional 35mm camera was a Canon F1. It was built for battle.

JS: Speaking of battle do you know the photographer Nick Ut? 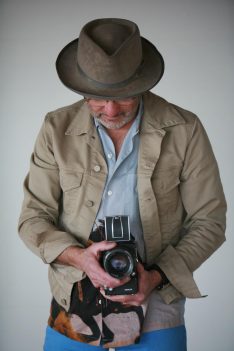 JK: Yes, he took one of the most famous photographs of any war. As historic as Cornell Capa photos of World War II.

JS: What camera are you shooting with these days?

JK: For the project that I just finished a project in my neighborhood during Covid-19. I worked with a medium format camera called an Alpa STC. It’s medium format that has a sliding back so it stitches panoramic images that creates cinematic types of pictures. I like that look in my work. I also work with a new camera I really like which is a mirrorless Canon, I sold all my older Canon gear for this system. I also always have my Leica with me. I just used my 1939 Deardorf for a project just to slow down,  and I also shoot with a Linhof 4×5.

The camera selection creates a unique interaction with the person I’m shooting. I get a very different reaction when I use a camera set up on a tripod with a dark cloth over my head, there is a curiosity from my subject, a fixation on the process. With a 35mm camera, the photos are more random. You feel like you are taking something not so much making something. Every camera elicits a different response. It’s like a paintbrush. You pick a different tool depending on what you want to get out of it. Camera selection is very important for different types of work.

JS: Is there a camera you always wanted but never got? 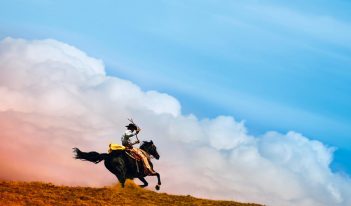 JK: Years ago yes. Back then the camera I really wanted was a Hasselblad 500cm. The first time I made some money I bought it. It was $738 and I think I still have the receipt. It changed my photography. Working with a square is very interesting. It’s a static shape with no dimension. No vertical, no horizontal. I studied people’s work like Harry Callahan and watched how he composed a square. He made dynamic energy by using composition within the square dimension. I slowed down and started thinking about everything in the frame. I began to realize photography is not an additive process it’s a subtractive process. It’s what I kept eliminating from the frame.

JK: Daniel Craig! Though I really do like to photograph people that aren’t famous. Everyone has a story. I think some of the most interesting people are people that we don’t even know about. I learned that doing my recent project Nineteen Stories.

JS: Tell me about your move from film to digital. 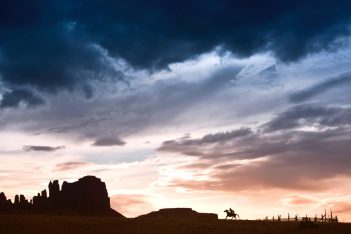 JK: That was complicated. For film, you need a great technical background. Use of a light meter, developing film and printing, utilizing filters, and much more. Photography is a craft and an art. Originally it was a hybrid: alchemy, science, and art. I can speak to this because photography is the only thing I’ve done. Including in the darkroom where I compounded my own developer, applied the zone system, and much more. Trying to do it the way the classic photographers I mentioned earlier were trained in. It was a very deliberate process just to learn the science of it. I was taking Ansel Adams workshops at his house. He said, “Technical proficiency leads to artistic freedom.” I still believe it’s true.

You’ve got only so many units of energy when you are working. Let’s say ten units. If you are spending five units figuring out what F-stop and shutter speed to use you’ve only got five units left to see things. I’d rather have ten units devoted to seeing things and zero units devoted to technique. You can only get there when these things become relatively subconscious. You need to know the rules to break them. If you allow the camera to control the images then it’s not an expressive tool. You just become an operator. 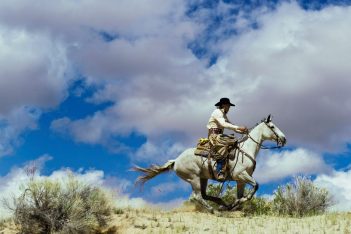 Transitioning to digital you get sloppy, undisciplined. Garry Winogrand, Robert Frank, Ernst Hass, they would go out for a day with a roll of film, 36 frames. That’s called discipline. You are looking! Nowadays, even myself I go out and it’s very easy to have no discipline. Shoot the shit out of everything and then spend a lot of time editing. Photography has become a sloppy art with no discipline or self-control. There might have been a time, a while back when even my work was not as good as I would have liked. But I still make mistakes and am always learning.

People starting out today have no working knowledge of what a camera is. A view camera is great for discipline. Everything is upside down and backward.  This helps you look at the spatial relationships. I might only shoot two sheets of film and then take it to the darkroom.

Digital has a great side though it has expanded the opportunity to shoot things that used to be invisible. Digital is a different tool. So now I fully embrace digital but I do have to be more disciplined.

JS: What advice would you have for a young person who wants to pursue photography as a career 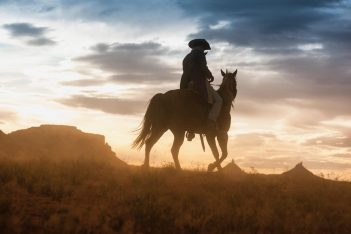 JK: A photography career is very different than when I started. People used to be given photography assignments for how they see the world. Also, many photographers put their personal stamp or look on their photos and the photo can become about the photographer and not the subject. I’m not sure personal vision is as important today as is the volume of content. I don’t like the word content because it reduces a photograph down to a fleeting moment. Remember the game Tetris where all those little blocks would fall down? We live in a world of Tetris. Everyone that has a phone is a photographer.

The entry-level is very low. Shock value now supersedes the craft of composition or storytelling. Photography is a multi-disciplinary process. I don’t know now what the role of a photographer is at this moment. People shoot elements and then these elements are composited. Pre-visualization was once common. You had some idea of what you wanted to do and then you went out and did it. You went out and shot it. Now elements are shot and then put together on the back end via software and you are building something that didn’t exist. Today photography is post-visualized. The art is happening on the back end and not the front end.

I’d never dissuade someone from doing photography. You just have to be intuitive enough to find the place for your photography. You don’t have to do photography that is intended for a piece of art on a wall or to be used on a website. I am converting my photography into furniture, into glass, into textiles for shirts and hats. If you think outside the box the imagery you create can be a lot of different things. Today you need to take your photography and put it in a different context. I’ve got so much to learn myself, sometimes I think I’m beginning again or starting over.

JS: You are wearing a shirt with your photograph of a horse on it. You ride steel horses. Is there a link between horses and motorcycles?

JK: It’s all the same. I’ve been riding motorcycles since I was a little boy. I don’t see it as something you just pick up later in life. It’s a bit dangerous. There’s a lot of odd coordination, you gotta think really quickly. I’m not saying you can’t learn. I like to go far and fast. It’s a sense of freedom like I hope I communicate in my photos. On a motorbike, it’s very sensory. You smell everything, you feel things, you see things. You’re inside it, it’s a bit precarious, you gotta be really alert, super focused. I like to ride with friends, there’s a sense of camaraderie. Every year I go on big trips.

JS: Tell me about your motorcycle.

JS: What’s next for Jim Krantz?

JK: I’m co-directing an interesting project with film producer Andrew Troy titled Tripping Corpse. This is about the never-before-seen or heard art, writing, and music collaboration between Andrew and seminal artist, Raymond Pettibone. When I work with the people I shoot I’m basically directing so directing a film is a natural transition to further storytelling. Also, I’m getting ready to publish my first book of photographs.

JS: Anything else you wish to add?

JK: My wife Susan and I support the Natural Resource Defense Council. I think knowing that Los Angeles is less smoggy today than in the old days shows that the work of the NDRC is succeeding. We can also see how much cleaner the air is during Covid with fewer cars on the road especially during the shutdown back in March-May. The planet is on the brink. But at least I find solace in my work. It is a great escape.

Jim Krantz’s photography exhibit ‘The Way of the West’ at the Danziger at Fetterman in Bergamot Station, 2525 Michigan Ave A1, Santa Monica. By appointment Tuesdays-Saturdays Ends April 3. https://www.danzigergallery.com/exhibitions/jim-krantz4