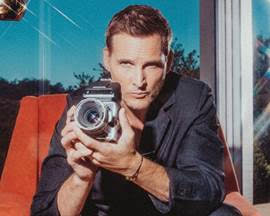 Los Angeles, CA (The Hollywood Times) 4/12/22 – Actor Peter Facinelli is best known for his role as Dr. Carlisle Cullen in the blockbuster Twilight Saga films, and his role as Dr. Fitch Cooper on the hit Showtime series, Nurse Jackie, which aired from 2009-2015. His latest film, The Unbreakable Boy (out later this year) is adapted from the New York Times bestselling book of the same name, in which Facinelli is a producer on the film, and also plays the role of Preacher Rick. 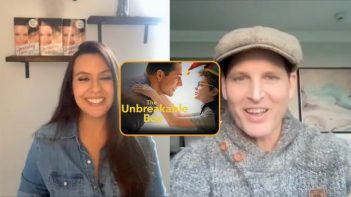 The Unbreakable Boy is the true story of Austin LeRette (played by Jacob Laval), a boy born with a rare genetic brittle bone disease, autism, and an unbreakable infectious spirit that makes the people around him better. The film also stars Patricia Heaton (Everybody Loves Raymond), Meghann Fahy, Gavin Warren, Zachary Levi, and Drew Powell.

The following are excerpts from the latest episode of the Allison Interviews podcast with host and entertainment journalist, Allison Kugel, interviewing Peter Facinelli. In this interview, Peter talks what went wrong with ex-wife Jennie Garth, what he’s vowed to get right with his fiancée Lily Anne Harrison, setting healthy boundaries, parenting issues, and the personality trait that often leaves him embarrassed.

The full podcast episode is available on Apple Podcasts, Spotify; and on YouTube. This interview is also available to publish in its entirety for print, as well as the excerpts below. *If you use any of the following excerpts for a story, please credit Allison Kugel and the Allison Interviews podcast, and either link to, or embed, the episode.

On what went wrong in his marriage to ex-Jennie Garth and what he’s learned from it:

“Every relationship is different.  When you’re with this [new] person, you are going to respond differently than I would have with my ex-wife (actress Jennie Garth). I think in relationships, in the beginning they are wonderful. You have this honeymoon period and it’s fantastic. Slowly, over time, somebody might say something that is kind of hurtful. The other person might permit it and then they get into a habit. So, bad things can become habitual, the way you start to treat each other, giving the other person permission or an allowance to talk to you in a certain way. Everyone has a bad day, but if that person talks to you in a certain way or does something, then all of a sudden they feel they have permission to do that because you didn’t say, ‘That hurt my feelings.’ You didn’t speak up.”

“All of a sudden it gets habitual and it grows, and then you get resentful.  When you try to change those habits…. I was actually telling a friend about this.  A relationship is like a tree. In the beginning, if it starts to bend you can correct it, but if you allow it to continue on that path there is nothing you can do to bend it back, because it has already grown in that way and solidified. “

On how he is protecting his relationship with fiancée Lily Anne Harrison:

“I think when Lily and I got together it was so wonderful and I said to her, ‘I really want to hold onto this.  I want to be really careful with each other, and let’s really work hard every day to not get into bad habits.’  It has been six years and I’m really proud of the relationship that we have, because we rarely ever raise our voice to each other ever.  If we have a disagreement about something, we talk it through.  I don’t fight with her.  Arguments don’t happen, because it’s unnecessary.  Nobody wins in an argument when you’re yelling.”

“[We are] really careful not to hurt feelings and make it okay to do that. Just being super careful to treat each other with respect, to treat each other with kindness, and be honest with each other at all costs. Once you start not doing that and feel you have permission to not do that, all of a sudden those arguments, yelling, it becomes habitual and corrodes the relationship.  I would say that is what I learned, is to just not get into bad habits.”

On whether he talks to himself out loud when he thinks no one is looking:

“It’s embarrassing, but yes, all the time to the point where my daughter came to me once and said, ‘My friend’s parents said they saw you at the airport and they said you must have been running lines or something because you were talking to yourself.’ (Laugh) I thought, ‘I wasn’t running lines. I was really talking to myself.’”

“I’ll also do it when I get angry, like if something happens or if somebody bumps into you and they are rude, and you didn’t respond.  I’ll then say to myself, ‘Hey buddy, get out of my way.’  I’ll start re-enacting the scene. I’ll go through five scenarios that never happened. I’ll think, ‘Maybe I should have said this, or maybe I should have said that.’ I’m literally acting out these scenes.  I wish we had a take-two in life.  Don’t you wish you could say, ‘Can I do that again?’”

On learning to establish healthier boundaries:
“What I’m still working on is boundaries with people. I’m such a giver and I give too much.  Then when I give too much, it gives people permission, or they feel like they have a right to take. Then whatever I’m giving, if I say, ‘I can’t give that right now,’ I usually get attacked for it.  When somebody is getting something all the time and then you say, ‘No,’ and set the boundaries too late, then they get upset.  If you set the boundaries in the beginning, they won’t get upset. But if you give, give, give something and then say, ‘I can’t give that anymore,’ because it’s just exhausting, all of a sudden they are angry because you have always given.  Like, ‘How dare you?’ Learning boundaries is something I’m still working on.”

On his earliest professional goal as an actor:

“I always wanted to be an actor when I was younger, but telling my parents I wanted to be an actor was like telling them I wanted to go to Mars.  They are both from Italy.  I’m a first generation American.  We knew nobody in the business. My first goal was to get a paycheck. I thought to myself, ‘You know, I’m going to do this and even if it takes me until 70 years old, I’m going to do this until I get a paycheck.’ Getting a paycheck was my only goal.”

On losing his daughter, Fiona, in Italy when she was just eight years old:

“I remember when my daughter was eight, and I lost her.  We were up in these mountains in Italy and I went to throw something out. I turned around and thought she went into this restaurant with my parents, because we were out in front of the restaurant. I went inside, sat down with the rest of my family, we were about ten of us. I just thought she was with one of her sisters. When everyone started sitting down, I said, ‘Where’s Fiona?’  They said, ‘I don’t know.’ I hadn’t seen her in like fifteen minutes. I’m searching the restaurant, and she was eight [at the time]. It was terrifying.”

On the advice he gives his, now, young adult daughters:

“My daughter is now 23 and she was asking me for advice the other day. I told her, ‘Honestly, I don’t know if that is the right thing, so you have to go with your gut. This is what I would do, but you are you. You really have to decide for yourself, because me giving you that advice, I don’t know if I’m right.’  I’m having an adult conversation with her and wanting to help her, but also wanting her to go with her gut. At the end of the day, it was a job she had gotten offered and she didn’t know if she should take it.  If she took it and was miserable, then I gave her bad advice. I told her, you have to search inside, and really, you have the answer.”

About Journalist and Podcast Host Allison Kugel
Allison Kugel is a veteran entertainment journalist with close to four hundred long-form celebrity and newsmaker interviews published and syndicated, worldwide. She is author of the memoir, Journaling Fame: A memoir of a life unhinged and on the record, and host of the podcast, Allison Interviews, where listeners can tune in to hear the full conversations behind Allison’s print interviews. Watch and embed the entire interview video with Peter Facinelli @YouTube. Listen to the audio podcast on Apple Podcasts, Spotify. Follow Allison Kugel on Instagram @theallisonkugel and at AllisonInterviews.com.