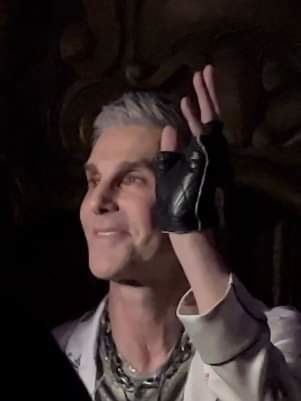 Los Angeles, California (The Hollywood Times) 02/19/2022 – This project is the brainchild of Perry Farrell 10 years in the making originally slated for Las Vegas but got sidelined by the covid catastrophe.

Advertisement
Lucky for us it was reborn in the City of the Angels at the Belasco Theater ,next door to the Mayan, held an amazing party with Perry Farrell from Jane’s Addiction and his new band the Kind Heaven Orchestra debuted at his new event space called Heaven after dark.

The show featured his wife, Ette Lau Farrell who opened the show with He’s a rebel.  Ette is a singer and she debuted a new song Perry had written for her.

The place was completely mobbed and was quite exciting with angels like Ernie Omega charmed the crowd walking through the room was a pleasure because it was full of beautiful girls and crafty drinks and giddy patrons.