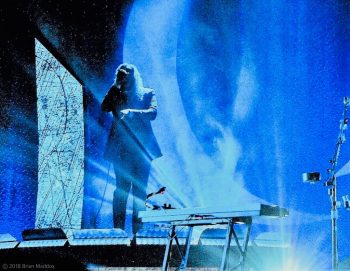 In 14 Years titled “Eat the Elephant,” And The Wait Was Worth It.

Birmingham, AL (The Hollywood Times) 05/22/2018 – Music has always been intended to take its listener on a journey of sorts. In order to accomplish that feat, the artists who create must meticulously perfect every single nuance of every note played, every stricken piano key, every beat delivered and every vocal styling buttoned up to that perfect pitch.

But as a consumer, one must ask, “Does it really take 14 years to write a new album?” In the case of Los Angeles based art rock band, A Perfect Circle, absolutely. Formed in 1999 by Maynard James Keenan (Tool) and singer-songwriter Billy Howerdel, the duo began writing music with a more atmospheric and emotional touch, but also with a hard rock edge. 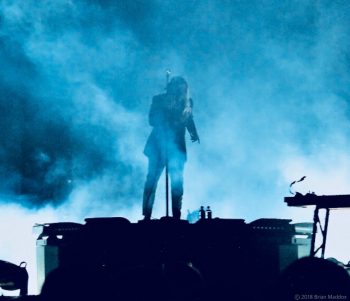 Their first album, Mer de Noms, (French for “Sea of Names”), dropped on May 23rd, 2000, offering the guitar driven, Judith, and the beautifully ethereal, 3 Libras. Debuting at number four on the Billboard 200, the album was a breath of fresh air in the way of innovative structure and composition along with Keenan’s prominent vocal angst. The band would release two more albums, 2003’s Thirteenth Step, and 2004’s Emotive, featuring an evocative rendition of Imagine by John Lennon.

After 14 years, it’s safe to say that A Perfect Circle hasn’t lost its touch. Their newest album, Eat The Elephant, released on April 20, 2018 to much critical acclaim. The opening title track has the feel of a modernized lounge/nightclub piece, accompanied by Keenan’s earnest affectation, while tracks like By And Down By The River still maintain that dignified and dour tonality that A Perfect Circle are renowned for.

The band recently made a stop at Legacy Arena in Birmingham, Alabama on May 22nd, delivering the tracks, Eat The Elephant and the serenely composed, Disillusioned as openers before driving right into heavier territory with Judith, a song that even today sounds like it would dominate the modern rock charts. 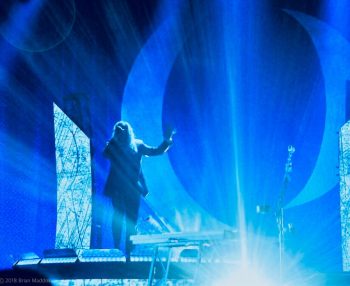 From a personal standpoint, 14 years was DEFINITELY worth the wait.

The Improvisational Vocal Virtuosity of Cécile McLorin Salvant in Concert