Hilton is the latest to partner with the Surf rideshare family, which offers to programming for adults and children from Paramount, Good Mythical Morning, Chive TV, Yes Theory, So Yummy, Animal Wonders, and Vat 19, among others. 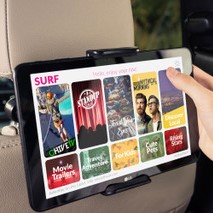 Surf is a media distribution platform that places interactive tablets in rideshare vehicles for the entertainment of passengers and the promotion of businesses and brands. In addition to high-quality, curated content, entertaining videos, movie trailers, music and games, Surf tablets connect passengers to the best local businesses in their area.

“I’m thrilled to take what I do and bring it to you on your next Lyft ride,” said Hilton on partnering with Surf.

“We are beyond excited to announce a partnership between Surf and Perez Hilton,” said Eli Chmouni, Surf founder and CEO. “This partnership furthers Surf’s mission to bring the best in-ride entertainment to passengers, while giving content creators a new distribution channel among a highly engaged, captive audience.” 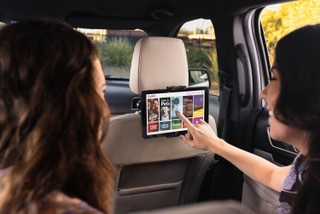 ‍Surf was founded in March 2018 by Arizona State University Professor and entrepreneurial golden child, Eli Chmouni. While traveling for work, Chmouni devised the concept of Surf after spending late nights in rideshare cars. He envisioned an in-flight entertainment platform for the ridesharing market that could not only fill the routine silence or small talk, but also engage and relax passengers during their ride without being intrusive. Within months, he built a team that shared his vision.

Surf initially launched with 20 tablets in the Phoenix area and has since expanded to thousands of rideshare vehicles across Los Angeles, Austin, Dallas, Chicago and San Antonio.