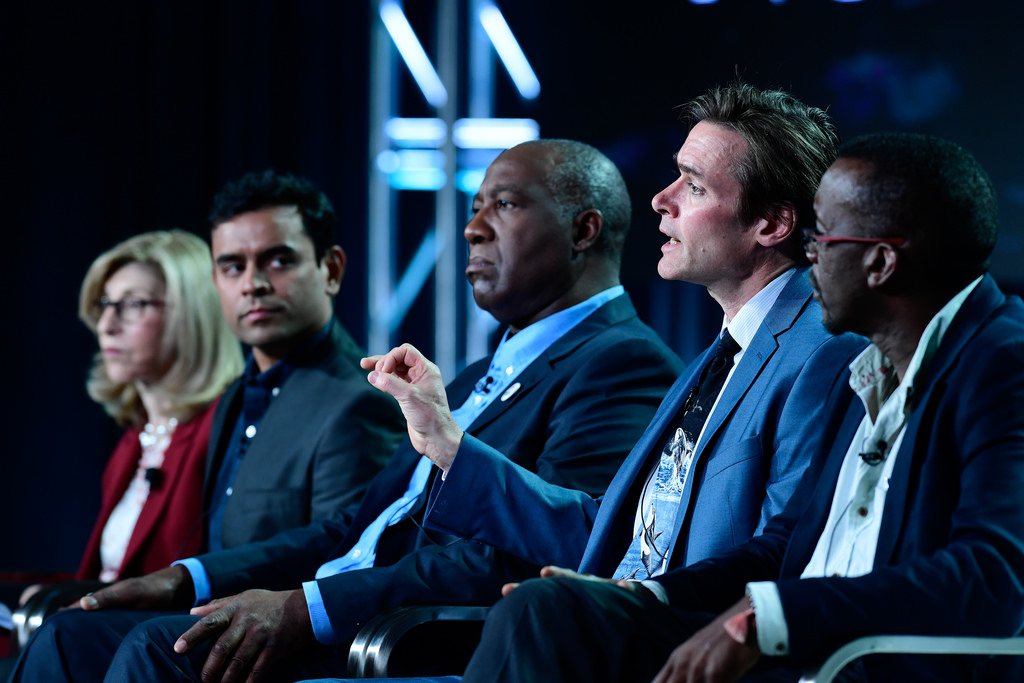 “This is an issue of infrastructure inequality, and it does certainly impact poor, minority communities more so than richer cities that can afford to replace and upgrade their pipes.” Marc Edwards

Pasadena, CA (The Hollywood Times) 6/1/17 – In our Info-news landscape, PBS might be the last non-cable broadcast network willing to crunch the news straight up, no chaser. Not having to rely on the great corporate advertising teat has its advantages when it comes to programming; but Federal funding for public broadcasting has never been more imperiled. The party in power (not only) holds the keys to funding – they are also holding the wet, smelly bag of accountability for the Flint water disaster. NOVA’s in depth reporting will not likely loosen purse strings any time soon.

NOVA does a public service by continuing to throw light on a story that started in 2014 and reached critical mass in 2016. However, in the months since, the Flint story has lost its new car smell.  As the world moved on to more salacious fare, NOVA keeps the story on the table and in our face with up close and personal profiles on the daily suffering by the Flint citizenry buttressed with liberal doses of science and technology to explain exactly what happened and why.

Just to catch up, Flint Michigan was doing just fine when it was piping in its water from Detroit. In 2014, the city government decided to it could get its water on the cheap. It switched its water source from Lake Huron (Detroit) to the Flint River. Federal regulations needed to be followed and weren’t. River water generally needs more treatment (than lake water) before it is fit for human consumption. In particular, River water and lead lined pipes do not pair well and requires treatment of the pipes. Untreated pipe lining is subject to corrosion from river water and when short cuts are taken, lead laced drinking water is the result.

The EPA under Obama did the city no great favors. It was ultimately an independent test from a concerned citizen that finally blew the story open. What followed was the usual cavalcade of stonewalling, cover-up, political posturing and broken promises. All this occurred and mushroomed under a Republican governorship. What the future might bring with an anti-science, climate denying Trump administration is frightening.

Nova: “Troubled Waters” is dour viewing. There’s few compelling optics to fill out the hour. We get money shots of shit colored water, interviews with scientists, citizens and activists; all haunted by gritty stock footage of Flint’s urban decay. The numbers are also depressing. 8,000 kids (under age 6) exposed to lead infused drinking water and a 30% proposed cut in EPA funding. NOVA answers some questions raised by the crisis, but also raises others; the most important of those being – where next?

Marc Edwards spoke to the misinformation surrounding the early stages of the crisis.

MARC EDWARDS: “At its core, this is a story about science ethics. It’s about how the environmental policemen that we pay to protect us the civil servant, scientists, and engineers turned into environmental criminals. And if you look at the emails that we obtained via Freedom of Information Act request, the officials did the right thing. They reached out to the appropriate people at the EPA and the State Department of Environmental Quality, and unfortunately they were lied to.”

Edwards also touched on “infrastructure inequality” that affects the poor.

MARC EDWARDS: “This is an issue of infrastructure inequality, and it does certainly impact poor, minority communities more so than richer cities that can afford to replace and upgrade their pipes. And this issue we’re now discovering all around the US is having severe public health implications, not just from the high lead in drinking water that we found in Flint, and many other cities in the aftermath of Flint, but also because of Legionella and other bacteria that can grow on these old pipes and, in Flint, very likely caused twelve people to die.”

VEO LUSTER feels that infrastructure inequality is overstated. In the case of Flint, the money was there to avoid the problem.

VEO LUSTER: “I think there’s a misconception about the poor city, rich city, and that, and I don’t think that’s as significant as the infrastructure neglect overall. Because in the state of Michigan, there is funds, revolving funds set up by the Michigan Department of the Environment Quality, MDEQ, so the cities can borrow money on a revolving basis to do repair of infrastructure, especially water related issues.”

PAULA APSELL: “But I think one area where the fact that Flint was a poor is a poor city that came into it was the fact that for financial reasons, they decided not to any longer get their water from Detroit, where they had been buying it, and to switch to the Flint River. Now, as I understand it, not that the Flint River was such a poor source of water, but it required a different understanding of the chemistry of the water. Because they made that switch that was the beginning of all the problems.”

Dr. Siddhartha Roy indicated it was the shortcuts taken in the switch over from lake to river water that precipitated the crisis, and  explains how the switch could have been done safely.

Paula Apsell stressed the importance of citizen action and involvement in helping to police our environment.

PAULA APSELL: “I think one of the things that’s so rich about this story is the role that citizen science played in it, and I’m so sad that Lee Anne Walters can’t be here today, and I know these people would all say that. She was incredibly brave as a real citizen scientist learning about the science behind water treatment so that she became very well educated in this, taking samples, calling people, standing up to public officials and to scientists, and to me, as a science journalist who has devoted my public life to public understanding to science, I think it’s an abject lesson that we, as people, we can’t just say the scientist and engineers will take care of it. I’m sure that Marc would agree. Most of them are very honest and wonderful and do hold our lives in their hands, but we have to understand, make an effort to understand, the science so that we can protect ourselves, because we live in a very complicated world where we are dependent on scientists and engineers and technology, and we better damn well understand it and take some responsibility for that or else very bad things could happen.”