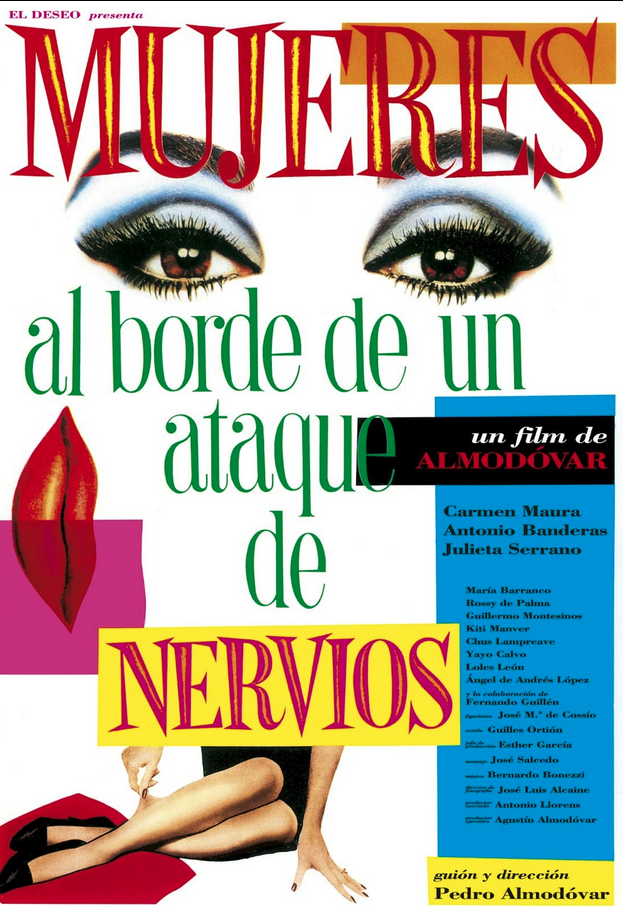 Los Angeles, CA (The Hollywood Today) 3/29/22 – Coming up this weekend at the Motion Picture Academy Museum in Los Angeles is a month-long retrospective of the film of Spanish director Pedro Almodóvar. Always urgent, irreverent, and inventive, Almodóvar elevates the quotidian to the sublime. His filmmaking style is so distinctive –from his use of color and precise shots to his melding of madcap comedies, melodrama, and forays into the realm of campy soap operas – that “Almodóvarean” is now an accepted adjective.

Almodóvar came of age as an artist during Spain’s tumultuous, post-Francoist transitional years and became a fixture on the Madrid underground scene known as “La Movida Madrileña.” His work is both grounded in a global literary and cinematographic tradition and firmly entrenched in Spanish culture. Alongside references to Alfred Hitchcock, Douglas Sirk, Tennessee Williams, and of course his compatriot, Luis Buñuel, Almodóvar’s cinematic world is populated with bullfighters, gazpacho, and a myriad of distinctly Spanish characters.

With plot lines that are simultaneously melodramatic, tragic, and hilarious, Almodóvar has us laughing at situations that should make us gasp or cry. Imbued with empathy and warmth, his films mine the enigmas of the human experience to arrive at a larger truth that accepts that humanity is composed of contradictions.

Opening the series on Saturday, April 2 will be What Have I Done to Deserve This? Coupled with his well-known film Women on the Verge of a Nervous Breakdown. Almodóvar’s darkly comedic feature What Have I Done to Deserve This? (1984) depicts a woman at odds with familial and societal expectations. Pill-popping Gloria (Carmen Maura) lives in a tiny Madrid apartment with her husband, their two sons, and her mother-in-law. Despite their economic woes, her abusive husband will not allow her to look for work. But her world is enlivened by eccentric neighbors and a bright green lizard (who also happens to be the only witness to a murder).

Women on the Verge of a Nervous Breakdown (1988) is one of Almodóvar’s best-known films. Dealing with a recent breakup, Pepa (Carmen Maura) decides to end her problems by drinking a spiked gazpacho. A series of absurd and fantastical coincidences—including a terrorist plot involving her best friend, and the arrival of her ex-lover’s grown son (Antonio Banderas) to rent Pepa’s flat with his fiancée—interrupt her plan. Composed of equal parts comedy, drama, and heart, this hilarious comedy of errors played out in a Madrid apartment garnered international attention, and earned Spain an Oscar nomination for Foreign Language Film.

The following weekend will feature Almodóvar’s High Heels, as well a double-bill of his Law of Desire with Tie Up Up! Tie Me Down! – All on Saturday, April 9. High Heels (1991) is Almodóvar’s only collaboration with musical superstar Miguel Bosé, who plays the gregarious drag queen Femme Letal. High Heels invokes mystery and melodrama to explore the fraught relationships between mothers and daughters. Renowned celebrity Becky del Paramo (Marisa Paredes) returns to Madrid to discover that her daughter Rebeca (Victoria Abril) has married one of her old lovers, Manuel. When he is found dead, the women are the main suspects. 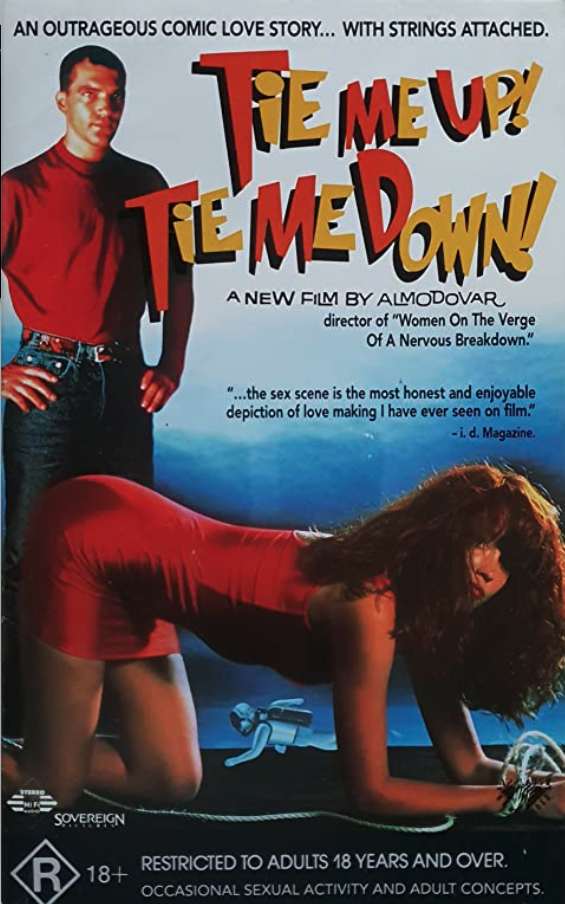 The retrospective includes The Flower of My Secret on Saturday, April 16, as well as Live Flesh and Kika on a double-bill the same day. Filled with melodrama, tears, and wonderfully inventive dialogue, The Flower of My Secret (1995) contemplates the insecurities of an artist and their relationship to their work. Leo (Marisa Paredes) writes trashy novels under a pseudonym. Her marriage to Paco (Imanol Arias) is falling apart, compelling him to go to Bosnia just to get away from her.

Almodóvar’s mature and assured feature Live Flesh (1997) explores the paradoxes of passion, desire, and love in a stylistic thriller grounded in Spanish politics. Cop David (Javier Bardem) is shot and paralyzed when his partner Sancho botches an encounter with a quarreling couple. The young man, Victor, ends up in jail, while David ends up marrying the young woman Elena, who carries the guilt of his disability. Things go awry when Victor is released four years later. The cast includes Javier Bardem, Francesca Neri, Liberto Rabal, and Angela Molina.

At the time cited as his most controversial film, Kika (1993) follows the titular character Kika (the marvelous Verónica Forqué), a beautician who is such a charming chatterbox she is (literally) able to raise the dead. When she marries the much younger son of her lover, the fates intervene to upend their happiness. Reflecting on sexual violence, the media, and the paradoxes of desire, Kika features Almodóvar regulars Victoria Abril and Rossy de Palma.

More recent Almodóvar films scheduled onThursday, April 18, will be All About My Mother (1999), winner of the Foreign Language Film Oscar coupled with Bad Education (2004), which stars Gael García Bernal. On Saturday, April 30, the Almodóvar retrospective will include: Volver (2006), starring Penelópe Cruz, Talk to Her (2002), and With the Skin I Live In (2011), again starring Antonio Banderas. Closing out the retrospective will be Almodóvar’s Broken Embraces (2009), featuring Penelópe Cruz.

Timed entry to the Academy Museum must be reserved online in advance. General Admission tickets grant access to the museum’s galleries. The Oscars® Experience requires a special ticket, as do programs and screenings. A ticket is not required to visit the Academy Museum Store or Fanny’s restaurant and café.