Both of these plays are part of a summer-long PBS showcase of female trailblazers in honor of the women’s centennial.  This rousing celebration will feature multiplatform content commemorating U.S. women’s suffrage, the feminist movement, and modern-day changemakers.

GREAT PERFORMANCES: ANN was written by Holland Taylor and directed for the stage by Benjamin Endsley Klein.  It was recorded at the Zach Theater in Austin, Texas, following its national tour and Broadway run at Lincoln Center’s Vivian Beaumont Theater in 2013.  The role of Ann Richards won Holland Taylor a Tony Award nomination for Best Lead Actress in a Play.

Advertisement
Directed for television by David Horn, GREAT PERFORMANCES: GLORIA: A LIFE is produced by THIRTEEN Productions LLC for WNET in association with Daryl Roth Productions.  Mitch Owgang is producer.

David Horn chatted at length with Holland Taylor and Christine Lahti about their PBS projects at a panel taking place on Monday, January 10th at the Winter 2020 TCA Press Tours held at the Langham Huntington Hotel in Pasadena.  Public speeches will combine with private conversations during both of these great performances!  Taylor and Lahti were both the driving forces in bringing their respective plays to life according to Horn.

Holland Taylor had actually met Ann Richards before putting pen to paper.  “I felt she [Richards] was a very valuable, necessary hero in our culture,” Taylor said. 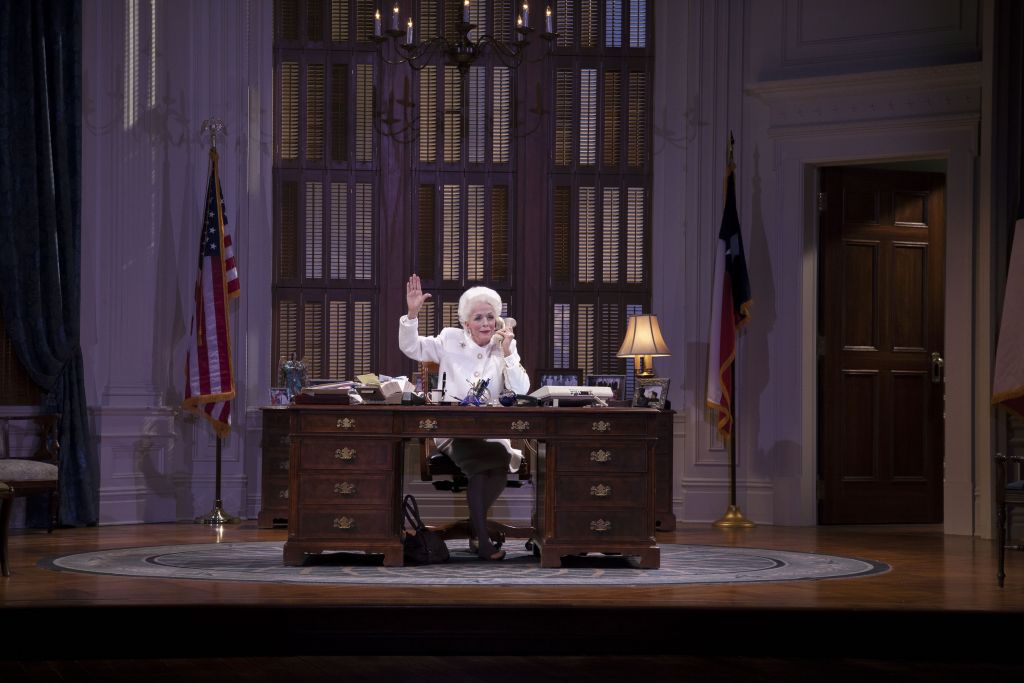 Lahti said that many other features about Gloria Steinem besides GLORIA: A LIFE would be shown during this women’s centennial year.  “She’s everywhere and she needs to be everywhere,” Lahti said.  The famous talking circles created by Steinem are re-created in the two-act play.

Talking circles notwithstanding, Gloria Steinem started off as a writer and was always apprehensive about public speaking.  Ann Richards, by way of contrast, was a natural speaker who was always the life of any party.  Holland Taylor found it fascinating to write a play about a political figure who was herself a live performer.

“We were just saying, ‘Look.  Patriarchal masculinity is a dead end.  It’s robbed men of having human emotion.  It’s robbed them of being nurturing people.  It’s been such a straitjacket and a limited definition of masculinity,” said Lahti of both plays, which have much to say to both the men and women of today.

“I think that in some ways Trump is the gift that the keeps on giving in terms of people finding their activism,” mused Lahti.  The historic Women’s March in Washington and the #MeToo and Time’s Up movements show that the activist spirit is still alive and well in the good old USA.

Christine Lahti and Holland Taylor hoped that women like Elizabeth Warren and Kamala Harris could continue the legacy Ann Richards and Gloria Steinem have left.  The day may soon come when government positions will be filled 50/50 by men and women.

Christine Lahti concluded, “We want to teach our daughters about these women because we can never forget the hard work that was done and how much more work we have to do.”  Both she and Holland Taylor were thrilled to be part of the PBS women’s centennial celebration so their own work could reach a wider audience.

Ann Richards and Gloria Steinem shared a fundamental belief that all human beings should be treated equally and that government can be good.  And this, of course, is the impetus for both PBS plays!

Please tune in to ANN and GLORIA: A LIFE on PBS GREAT PERFORMANCES in June for further inspiration.