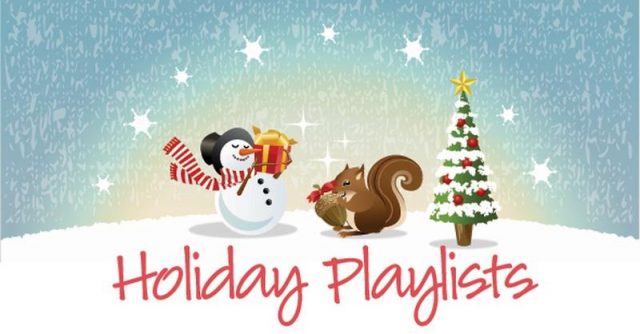 In December, PBS will capture the holiday spirit with musical celebrations, fan favorite specials and inspirational documentaries, beginning with an encore presentation of A CHEF’S LIFE HOLIDAY SPECIAL on Friday, December 13, 10:00-11:00 p.m. ET. American Chef Vivian Howard serves up the best of her Southern cooking heritage and the Chanukah traditions of her husband Ben. From humble Hoppin’ John to elegant red velvet cake, viewers will sample a charming and delicious holiday celebration.

Drawing inspiration from the book by Yale University’s Sterling Professor of Humanities Maria Rosa Menocal (d. 2012), PBS will debut THE ORNAMENT OF THE WORLD on Tuesday, December 17, 8:00-10:00 p.m. ET. Filmed in Cordoba, Granada, Seville and Toledo, this is the story of a remarkable 800-year period when Muslims, Christians and Jews in medieval Spain forged a common cultural identity that often transcended their religious differences.

On Christmas Day, Wednesday, December 25, PBS viewers are welcome to settle in for a few hours of holiday bliss with LUCY WORSLEY’S 12 DAYS OF TUDOR CHRISTMAS at 8:00-9:00 p.m. ET, a 12-day extravaganza as she discovers that much of what we enjoy in contemporary Christmas – from carols to turkey, gift-giving to mistletoe and mulled wine – has surprising Tudor origins, rooted in devotion and charity, followed by CALL THE MIDWIFE HOLIDAY SPECIAL at 9:00-10:30 p.m. ET, which follows Mother Mildred and the Nonnatus House team to the Outer Hebrides as they respond to a nursing shortage.

On Tuesday, December 31, 8:00-9:30 p.m. ET, ring in the New Year with LIVE FROM LINCOLN CENTER “New York Philharmonic New Year’s Eve 2019: Sondheim Celebration.” Showcasing the New York Philharmonic and guest vocalist Katrina Lenk (The Band’s Visit), the 90-minute special celebrates the orchestral music of Stephen Sondheim with performances of Sunday in the Park, Into the Woods, Sweeney Todd and more.

In addition, viewers can celebrate 2020 with the Vienna Philharmonic at the Musikverein on New Year’s Day, Wednesday, January 1, 9:00-10:30 p.m. ET. Hosted by PBS favorite Hugh Bonneville (“Downton Abbey”), the special features the Vienna City Ballet as guest conductor Andris Nelsons directs the orchestra’s performances of the waltzes of Strauss.

PBS, with more than 330 member stations, offers all Americans the opportunity to explore new ideas and new worlds through television and digital content. Each month, PBS reaches over 126 million people through television and 26 million people online, inviting them to experience the worlds of science, history, nature and public affairs; to hear diverse viewpoints; and to take front row seats to world-class drama and performances. PBS’ broad array of programs has been consistently honored by the industry’s most coveted award competitions. Teachers of children from pre-K through 12th grade turn to PBS for digital content and services that help bring classroom lessons to life. Decades of research confirms that PBS’ premier children’s media service, PBS KIDS, helps children build critical literacy, math and social-emotional skills, enabling them to find success in school and life. Delivered through member stations, PBS KIDS offers high-quality educational content on TV – including a 24/7 channel, online at pbskids.org, via an array of mobile apps and in communities across America. More information about PBS is available at www.pbs.org, one of the leading dot-org websites on the internet, or by following PBS on Twitter, Facebook or through our apps for mobile and connected devices.