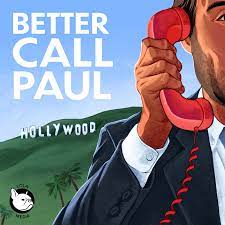 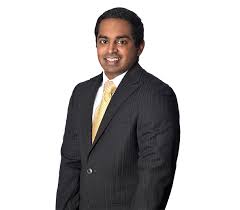 A man sprints through the underbelly of a stadium, footsteps echoing in an otherwise silent moment of tense anticipation.  He has but one mission and that mission is to be at the sidelines of a very important game.  It’s this game that his client will finally claim his victory.  And at the moment of his arrival, his client will open his eyes, stand up, and dance and climb into the stands as champion.  This man and his client have but one goal: “Show me the money.”

Yes, that is the climactic scene of Jerry Maguire.

It was this movie that inspired Paul Sarker to venture into entertainment law.  And just like Jerry Maguire, Sarker stood at the sidelines for some very big names.

Paul Sarker worked for the one and only Marvel Studio, offering legal advice to moviemakers.   Marvel Studio brought us Spiderman, Iron Man, The Avengers, and the list goes on.  If that doesn’t stun you, maybe his experience at Disney will. 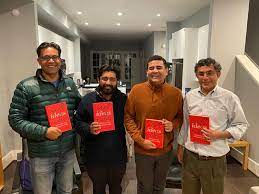 It was in Madison Square Park over coffee that Sarker teamed up with Mesh Lakhani, the founder and CEO of Lola Media. Lakhani is an investor and has hosted the popular podcast Talk Money.  What better a partner to strike a deal to metaphorically “show me the money.”  Except in truth we know that it’s not the money but the cinema, the style, and the thrill of show business that has been the driving force here.

Maybe in a bizarro-multiverse way, this combination is destined to happen and maybe it’s happening in a fresh new take with upcoming podcast series, Better Call Paul.

If you don’t get the Breaking Bad reference, this show is about a lawyer.  And that lawyer has the inside scoop on all those details none of us understand about movies. Better Call Paul is our invitation to look behind the scenes of a multi-billion dollar industry.  In it, Sarker will discuss with Lakhani issues including the legal implications of the Alec Baldwin misfire.  Or, whether or not Scarlett Johansson has ground to sue Disney.  Sarker and Lakhani will pull off the mask of an esoteric industry and reveal its inner workings.

Sarker explains, “people will be surprised at just how much happens behind the scenes before disputes arise and definitely before they become public.”

It’s no wonder the show’s catchy tagline claims, “it’s all fun and games until someone gets sued.”

“Our goal is to give the listeners a sense of what might have happened BEFORE you read it in the headlines, without the PR spin,” Sarker clarifies–without betraying confidentiality, of course.

It’s a compelling idea considering all the talk and confusion surrounding many of our favorite studios and major stars.  I, for instance, am dying to know what went on in the fan-thronged battle with Warner Brothers over Zack Snyder’s Justice League.  What about those accusations against Joss Whedon made by Gal Gadot and Ray Fischer and what conversations went on behind the scenes?  The show promises to talk about the Tiger King 2 Carole Baskin v Netflix lawsuit.  How technology will steal the scene.  And the all too relevant question of whether or not we’ll ever get back to the theatre in a post-pandemic world.

Because of their clever banter and enthusiasm for the subject matter, Sarker and Lakhani are certain to be an entertaining duo.  The two Americans both descend from South Asian heritage and Sarker is excited to see their fresh new take on the industry.   All the speculation we’ve had over the mysterious affairs of Hollywood—well, Sarker and Lakhani are here to lead the discussion.  There’s so much business behind show business that audiences miss and Sarker is happy to speculate on the quiet conversations stars and execs might be having.

“Content is fun, and there is something for everyone.  If that content can also create a positive change and educate people, even better,” the lawyer comments.

I tend to agree with this sentiment.  Flashbacks transport me back to my college years, eating sushi in my Manhattan apartment as my pre-law roommate explains details my journalism classes won’t offer.  It’s conversations like these that few can offer better than this upcoming podcast.

If you’re wondering about the complicated relationship between Britney Spears and her father.  Or you’re curious about if Alec Baldwin can be held liable for that tragic accident.  This is your show.

Better Call Paul will debut this February 15 on Apple, Spotify, and more.  Tune in to understand the complicated underbelly of the entertainment industry and the man behind the mask, Paul Sarker.