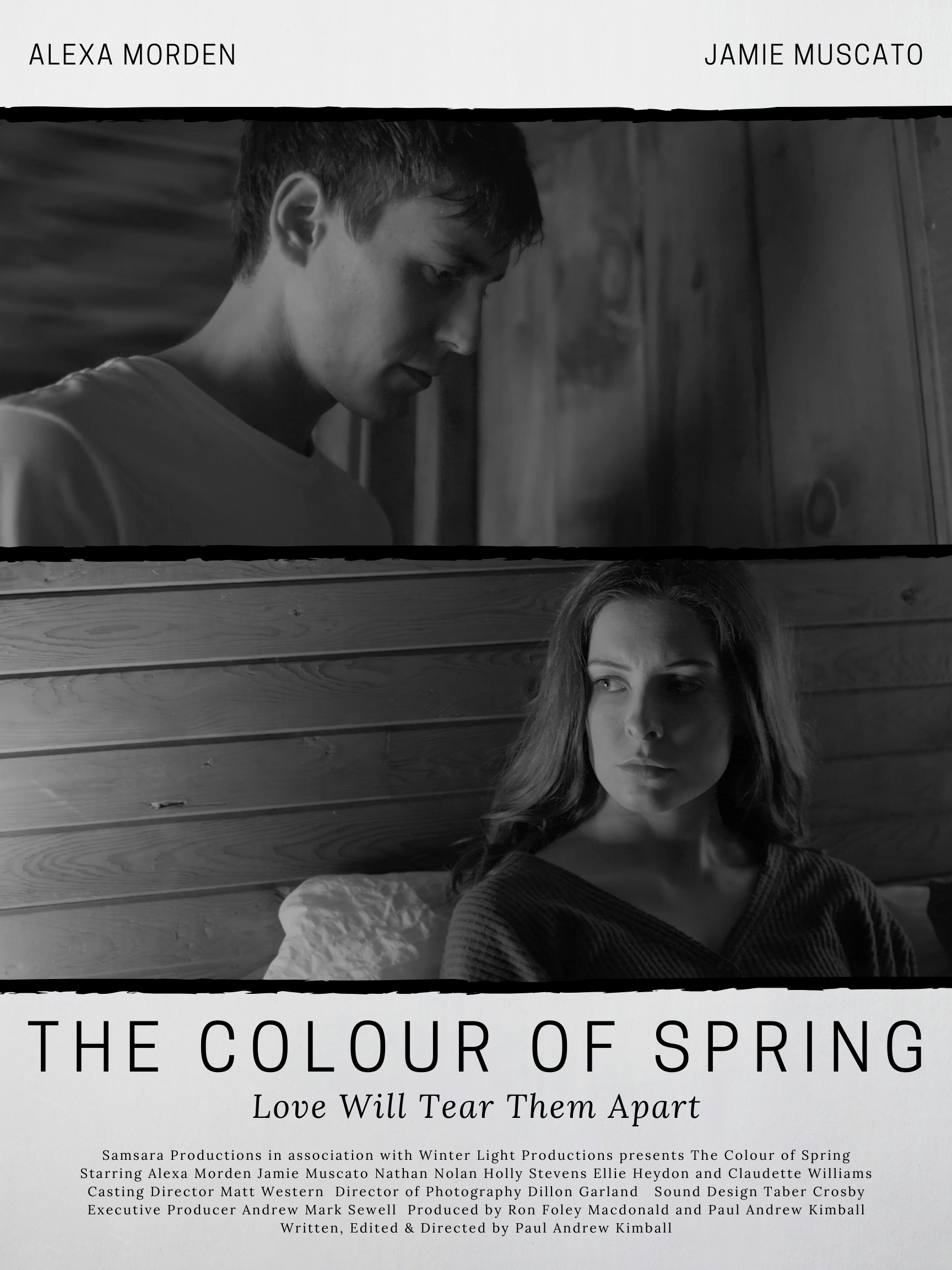 Los Angeles, California (The Hollywood Times) 12/27/2020 –  Paul Andrew Kimball has written, directed, and produced a wide variety of programming for television over his twenty-year career, including the series Haunted, Maritime Museums, and Walkabout. His feature films as a writer/director include The Cuckoo in the Clock (2013), Roundabout (2014), Exit Thread (2016), and his latest film, The Colour of Spring (2020). 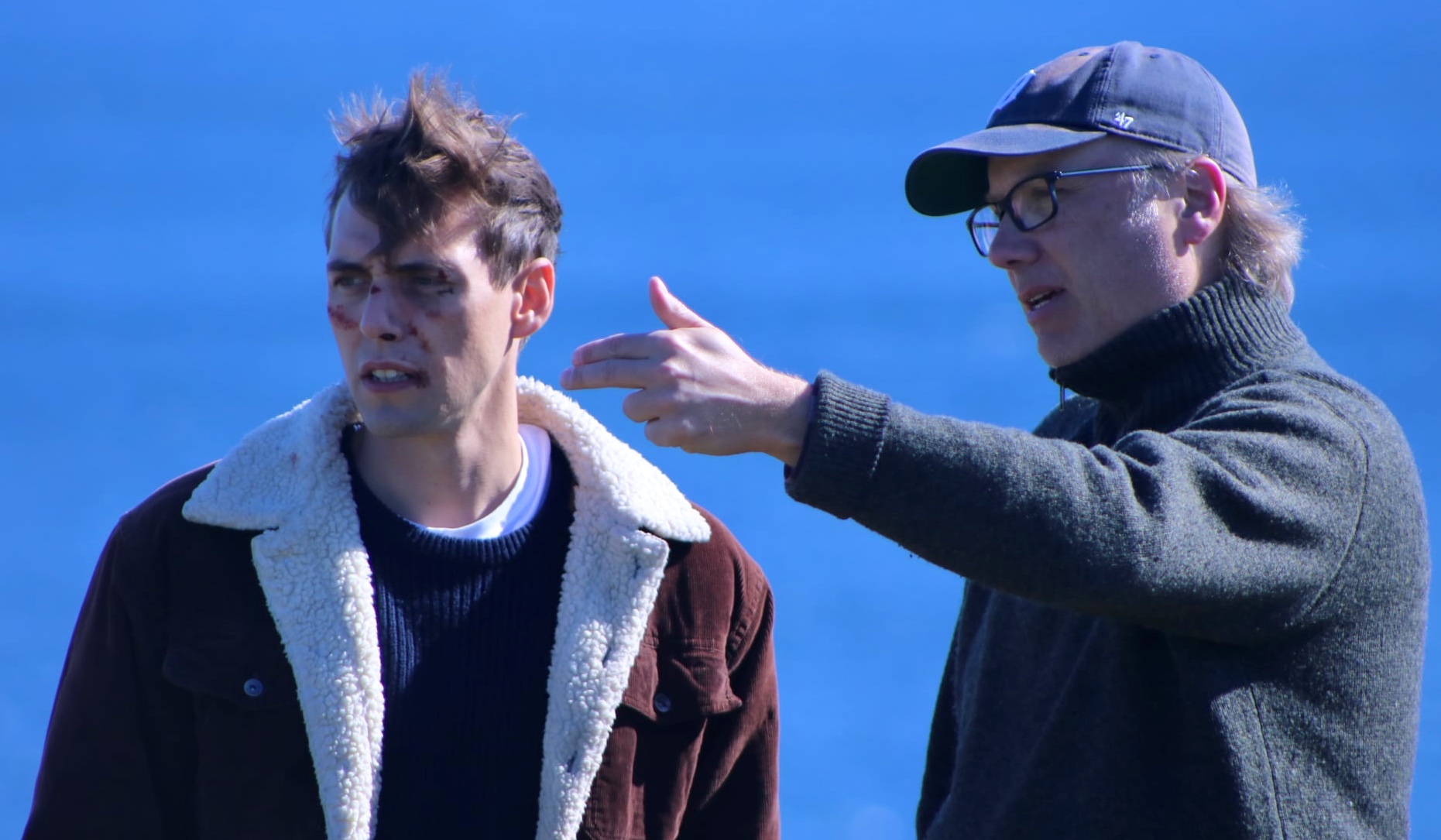 You have written, directed, and produced a wide variety of programming for television, including the television series Haunted, Maritime Museums, and Cinema 902. Share your background.

It’s a long and winding road, and definitely not a traditional one. The easiest way to summarize it is to say that I grew up as a Star Wars kid, then fell in love with Bergman films while getting degrees in history and law. I left the law to play in a rock band in the early 1990s, realized after a few years that I wasn’t going to be the next Paul McCartney (who I love, by the way), and transitioned into the film industry in 1998 by way of being the civil servant who administered the government film and television funding programs and tax credits in the Province of Nova Scotia (where I grew up and still live). After a year and a bit of that, I moved to the private sector, first as a producer, and then as a writer and director as well, finding success in making documentaries for the first ten years or so, about everything from UFOs to small-town pro wrestling to classical music. In 2010, I moved into independent feature films, and have since written and directed four films, while also producing four others, all while still creating and making documentary TV series here on Canada’s east coast. Like I said – a long and winding road, but a rewarding journey. 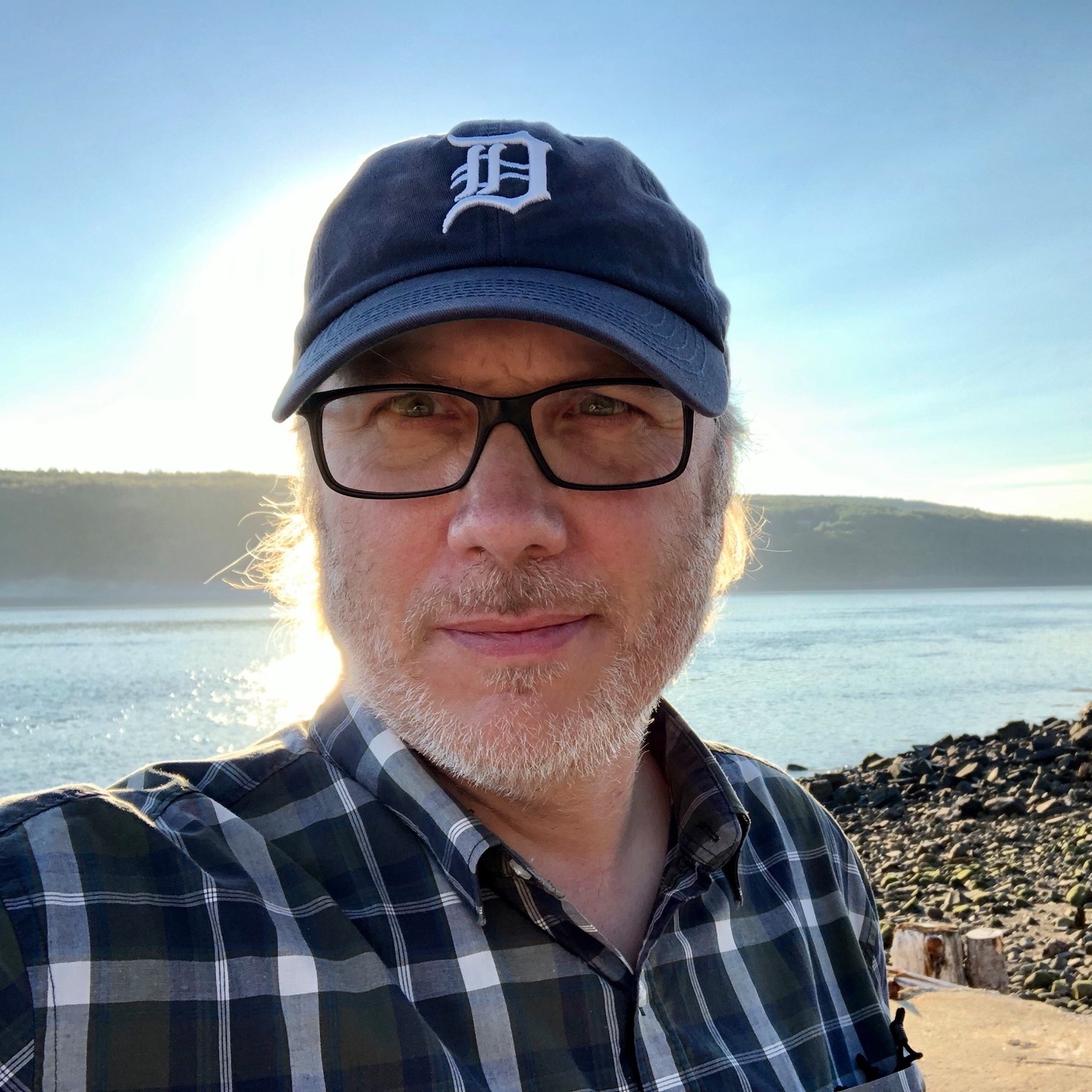 Working with Actors. Being challenged by them, and challenging them in turn. Having them breathe life into characters I created, then watching as they make those characters their own and take them in exciting directions that I hadn’t imagined. Being inspired by them to come up with interesting shots that add visual depth to their performance, and that serve to enhance and further explore the emotions that they are conveying. Working together to tell the story in a way that will resonate with an audience, in their hearts, but also in their minds, by crafting a film that means something to them, with characters that they come to truly know because they can see themselves in them. Every day on location with a talented cast is a pure creative joy because together we can push storytelling boundaries and explore possibilities. I never really tell them so at the time, of course, but if they catch me when I don’t know that anyone is watching, they’ll always see a smile on my face.

You served as the Executive Producer of the feature films Aliens With Knives (2018), The Last Divide (2018) Creepy Crawling (2018), and Shadow In The Mirror (2019). Is there synergy between your films?

Those four films were all done as part of a series called Cinema 902, which my producing partner Ron Foley Macdonald and I created to give up-and-coming independent filmmakers here in Nova Scotia an opportunity to direct a feature film with an actual working budget, as well as with the resources that our company Winter Light Productions can provide. The broadcaster we work within Nova Scotia, Eastlink Community TV, believes in the importance of local production and storytellers as much as Ron and I do, so in the case of Cinema 902, the synergy was really to be found there, in that shared commitment to giving independent filmmakers here the same kind of opportunities that I have had, and the same freedom that I have enjoyed, to tell stories in their own voice, without the heavy hand of producers or broadcasters or distributors or bureaucrats telling them what they have to do. And in the end, we got four really good films out of it, all completely different from one another in terms of the stories they told, but all linked by the creative freedom they had to tell those stories. So Eastlink has commissioned another Cinema 902 series, this time of three films, that we will be shooting in 2021, which is just as exciting for me as making one of my own.

I create an environment in a film where folks feel empowered and are encouraged to contribute their own ideas every day. We talk it through, and if it’s a good idea, then I’ll run with it, even if it wasn’t the idea I originally had. I remember on The Colour of Spring, for example, a day when Alexa Morden, who plays Sarah, came to me just before we were set to shoot a crucial scene and told me that she really believed her character, at a certain moment, would react in a way opposite to the direction I had given. Jamie Muscato, who plays Sam and was also in the scene, agreed with her. I didn’t see it their way at first, but I gave them the opportunity to make their case, and when they were done, I said, “okay, sold – let’s do it like that.” And they were one hundred percent right. If I hadn’t been willing to listen with an open mind, we would have shot it the way I had envisioned, and that would have been a mistake. They understood the truth of that moment between their characters better than I did, and everything in a film has to be in service to the truth of the story, and the characters. It has to be a team effort. 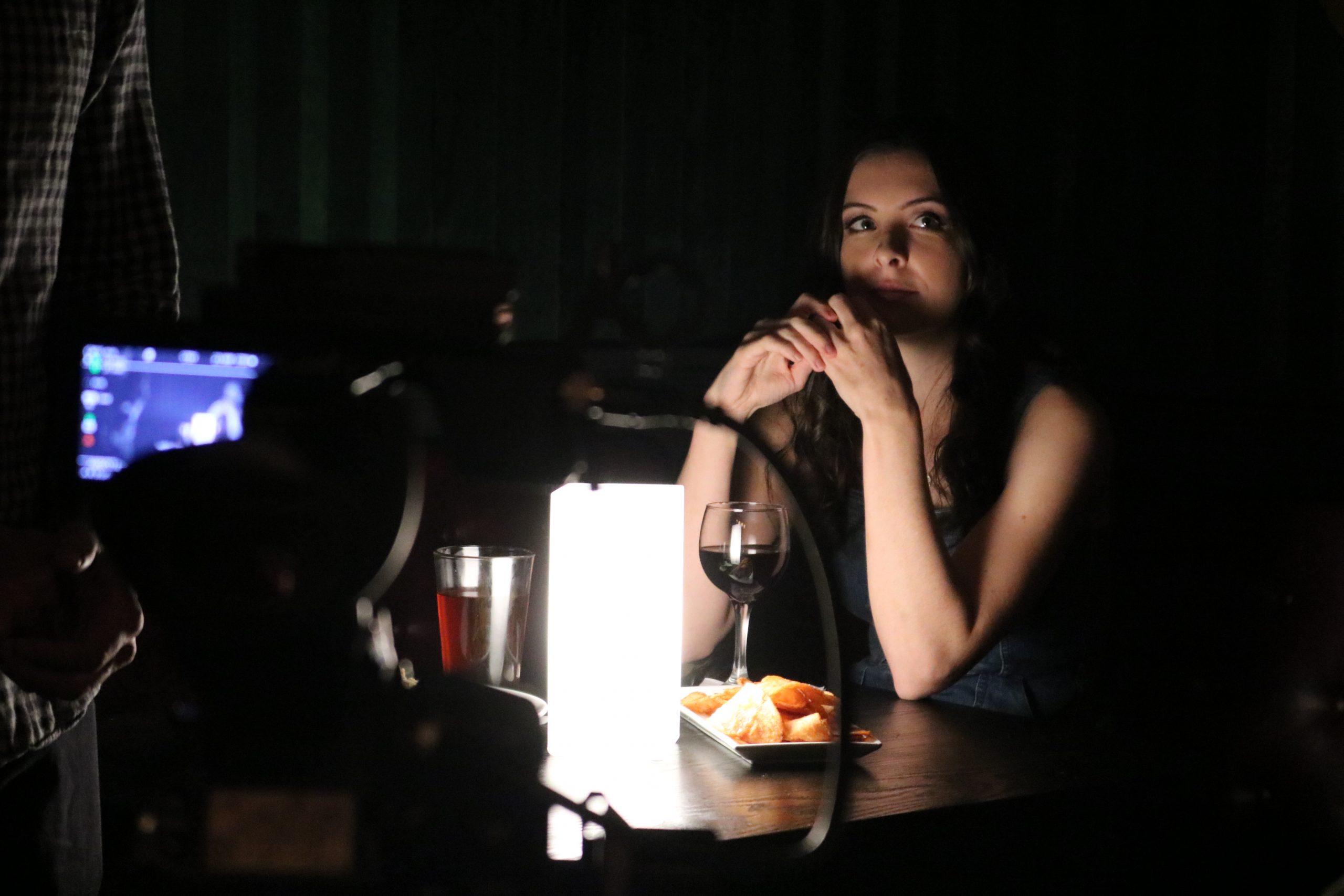 Your recent feature film, The Colour of Spring has received many festival awards in addition to Actors Awards in Los Angeles for Best Actor (Jamie Muscato), Best Actress (Alexa Morden), and Best Supporting Actress (Holly Stevens). Tell us about the film.

It’s a story about two people, Sarah and Sam, who love each other deeply, but who fall apart after they both lose sight, in different ways, of what’s really important in a relationship, which is the other person, and your bond to them. Ultimately, that leads to betrayal. From there, Sarah and Sam are forced to confront the anger and hurt that they have built between themselves, as they try to reconnect, and once again believe in each other and their love, in order to find their way “home”… although in the film “home” is ultimately as much a spiritual construct as a literal one, told within the framework of being in purgatory. As Lady Macbeth says, “hell is murky”, and the film definitely explores that concept, and the question of what one has to do in order to find redemption and forgiveness. Like I said earlier, I fell in love with Bergman many years ago, and in my films, I try to explore many of the same themes that he did, all in an effort to come to an understanding of the human condition.

Why do you think it is resonating with audiences in this moment of time? 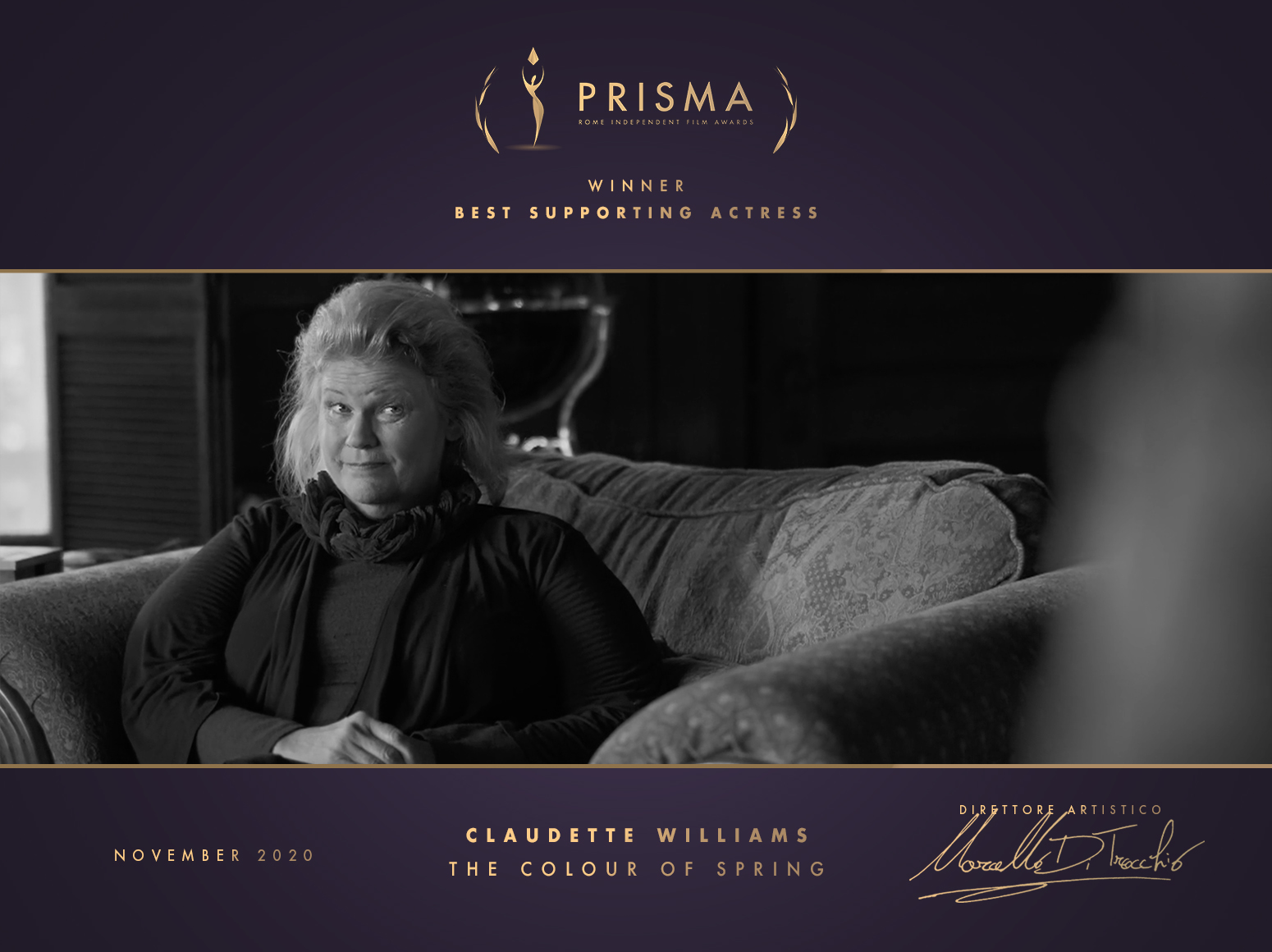 Beyond the core foundation of a story to which most of us can relate, I think there are two things that stand out for audiences. The first is the strength of the performances from the entire cast, especially Alexa and Jamie as Sarah and Sam, respectively. An audience has to feel for these characters, and fear for them when they are in peril, and root for them to find their way back to each other, and you need authentic performances to elicit those responses to their journey. Alexa and Jamie are brilliant, and at every turn, the supporting cast – Nathan Nolan, Ellie Heydon, Holly Stevens, and Claudette Williams – help them build that connection with the audience by way of their own superb work. The second thing that I think resonates with audiences is the visual aesthetic of the film. I made the decision to shoot in black and white for story reasons, and that opened up a lot of opportunities to do some very interesting things with light, and shadow, and composition. I was fortunate to have my friend Dillon Garland as my Director of Photography, because we’ve developed a really good working relationship over the past eight years, and he and I share many of the same influences, so we sort of speak the same cinematic language. I know that he can take my vision and execute it, and he knows that if he has ideas for certain shots that he really wants to do or experiment with then he can come to me and I’ll say, “sure, go for it.” That camaraderie and trust in one another are apparent in the construction of every scene. Both of those elements serve the story, which is all about the truth of the human condition, and our struggle to make sense of our lives. I think in our modern age, where lies are so often the coin of the realm, that kind of honest search for real truth and meaning is more important than ever. 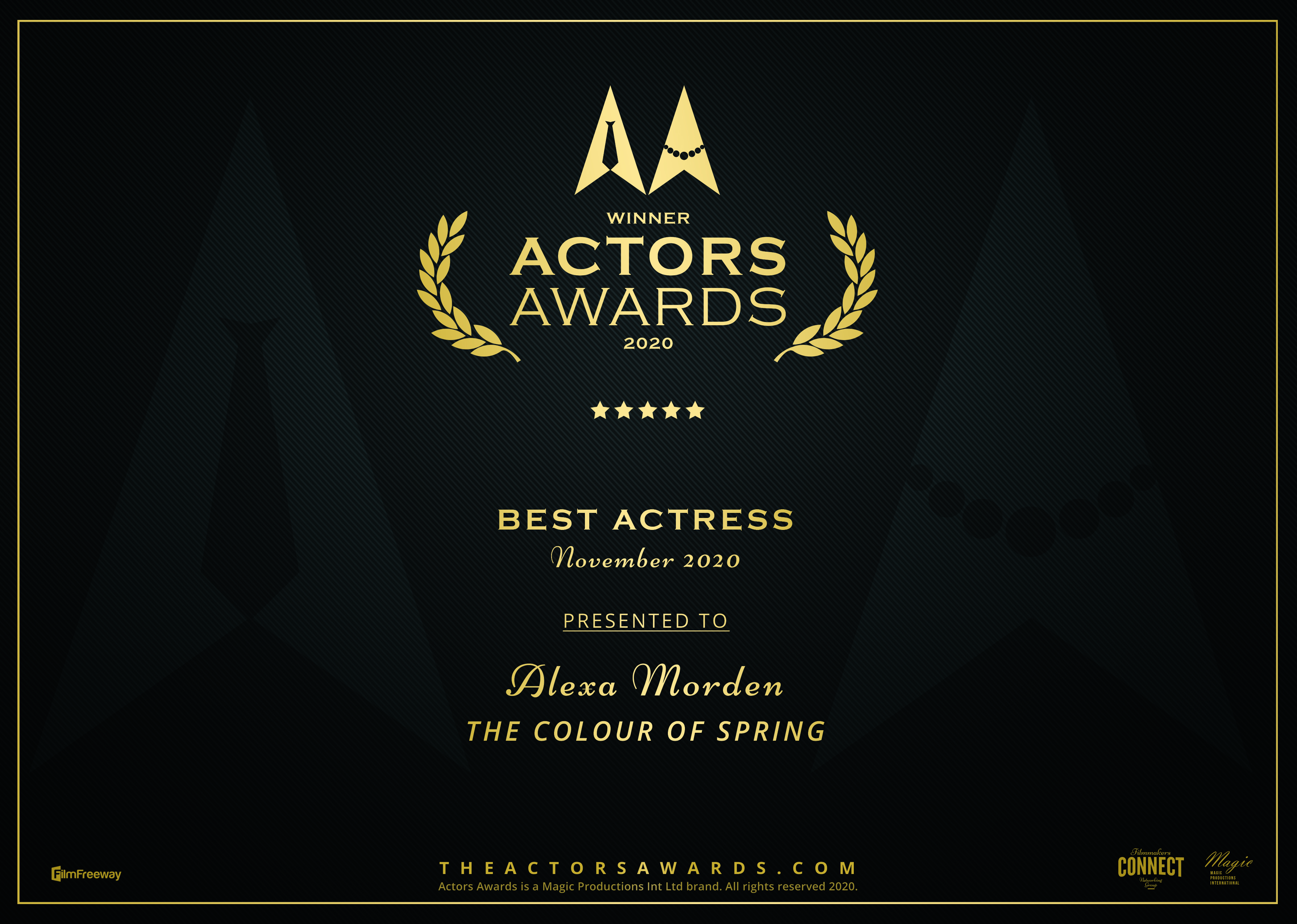 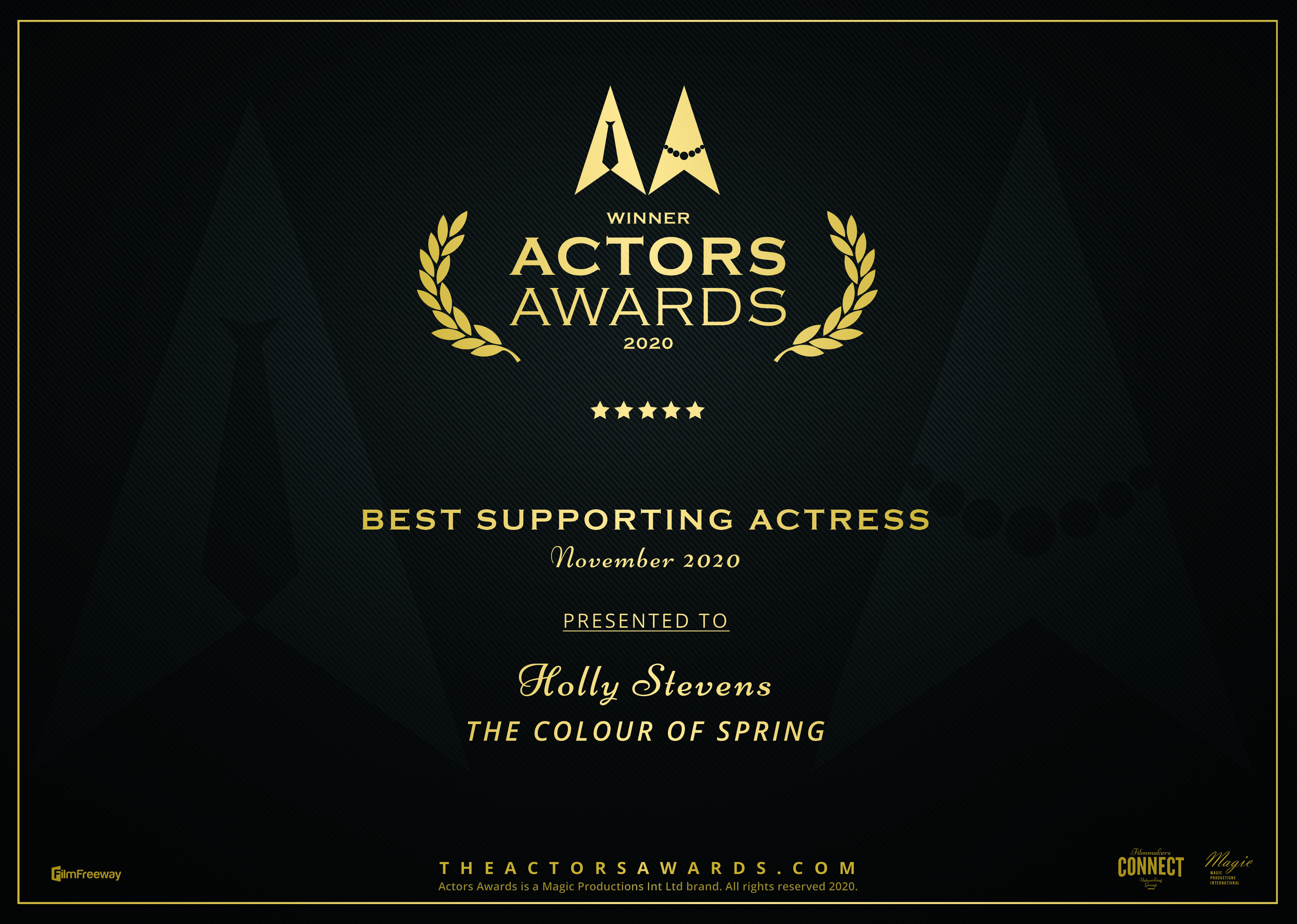 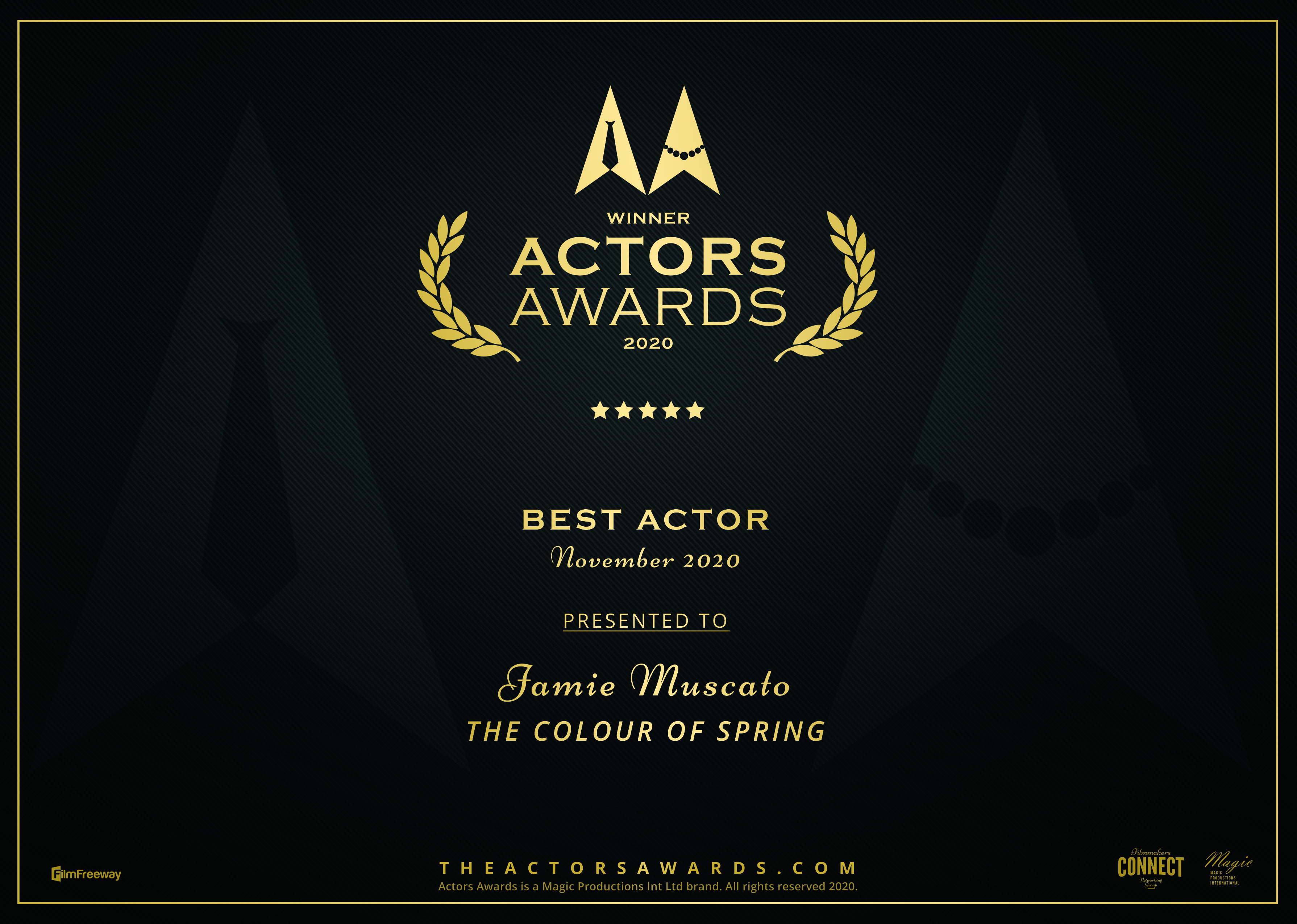 Were there any surprises on the set?

Every moment of every day. That’s what makes it all so much fun! But the biggest surprise was probably the weather. We filmed in September and October of 2019, and in Nova Scotia, you should never bank on going through those two months without a fair bit of rain, so we built in several rain days… and then didn’t need to use a single one, because the weather held up through the entire shoot. I’m not prepared to call it a miracle, but it was pretty close!

What did you enjoy the most about The Colour of Spring?

The project first began back in 2010, when I started working on it with Executive Producer Andrew Mark Sewell, but it kept getting pushed down the road as we did other things. I never lost the desire to make it, however, because it was a story I wanted to tell, so I guess the thing I enjoyed most about it was finally being able to make it happen and to do so with such a fantastic cast and such a hard-working and dedicated crew. Perseverance pays off, and I wound up where I was supposed to be when I was supposed to be there. I’m glad I had to wait a decade, because I became a better, more mature filmmaker in the intervening years, which made for a much better film in the end.

As we wrap up 2020, if you could describe this year in a sentence, how would you describe it?

I think every single person on the planet probably has the same answer – challenging, frustrating, frightening, but ultimately, I believe, hopeful for better days to come.