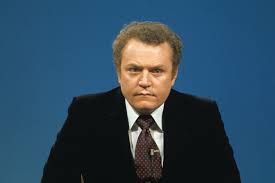 Los Angeles, CA (The Hollywood Times) 2/10/21 – If there was ever an unlikely crusader for the First Amendment, it was Larry Flynt. He achieved wealth and fame in spite of a difficult childhood that included his parents’ divorce, the childhood death of his sister, and his own decision to run away from home at the vulnerable age of 15 to enlist in the U.S. Army with a counterfeit birth certificate.

After his honorable discharge, he returned to the states to live with his mother in Indiana and found gainful employment as a worker for an affiliate of General Motors. He settled in Kentucky for a brief spell as a bootlegger. After his savings and prospects ran out, he enlisted in the U.S. armed forces again. This time, with the Navy as a radar operator on the USS Enterprise and participated in that ship’s recovery of John Glenn’s space capsule after his historic manned space mission. Flynt was honorably discharged from the Navy in July 1964.

In 1965 he parlayed $1800.00 savings into a media empire. First, he successfully took over his mother’s bar in Dayton Ohio, and reinvested his profits into two more bars. He would subsequently open another that would establish his brand forever. He opened a higher-class bar in the Dayton area featuring nude hostesses that would be christened The Hustler Club. By this time, he was working 20 hours a day and had acquired a healthy amphetamine habit. He soon expanded his franchise into every major Ohio city and was grossing well into seven figures.

In 1972 Flynt published a two-page newsletter he dubbed the Hustler Newsletter. Initially a rag with no greater purpose than promoting his clubs; its popularity with customers eventually saw it expand into a 32-page magazine in August 1973. In 1974, the national oil crisis and its accompanying recession threw Flynt’s club franchise into a downward spiral that threatened bankruptcy. Flynt rolled the dice by deferring tax payments and investing that money into upgrading Hustler Newsletter into Hustler Magazine, a sexually explicit magazine with national distribution. In November 1974, Hustler published its first “pink shots” featuring photos of open vulvas, thus setting it apart from its chief competitor Playboy. After a slow startup and recurring problems with skittish distributors, Flynt grabbed the brass ring in the form of a series of nude photos of former first lady Jackie Onassis for which he paid $18,000. The subsequent August 1975 Hustler containing Jackie O’s nude picks sold a million copies within a few days. Flynt was now a millionaire and would never want for wealth again.

Flynt’s life took a tragic turn in 1978 when he was shot walking to Gwinnett County Courthouse for one of his many legal battles related to obscenity. The gunman was eventually revealed to be a white supremacist who objected to a Hustler issue featuring a mixed-race liaison. The attack left Flynt partially paralyzed, wheelchair-bound, and addicted to pain killers. Eventually, he would overdose and suffer a stroke that permanently impaired his speech.

Flynt was a magnet for controversy and litigation his entire life. He was a Democrat and staunch civil libertarian. He took perverse pleasure in trying to expose hypocritical Moral Majority Republicans via verifiable sex scandals. He ran for Governor of California (finishing seventh) in 2003, labeling himself “a smut peddler who cares”. He also offered a one-million-dollar reward for information leading to the arrest and conviction of the murderer of John F. Kennedy.

All salacious anecdotes aside, Flynt’s enduring legacy will be his Supreme Court case in 1988 Hustler Magazine v. Falwell which became a benchmark First Amendment case. The case involved damages claimed by Falwell resulting from a parody in Hustler suggesting a sexual liaison between Falwell and his mother. The Court found in favor of Flynt and asserted the art of parody was protected by free speech. A critically acclaimed feature film on the case (and Flynt’s life) was produced in 1996 (The People Vs. Larry Flynt) resulting in an Oscar nomination for Woody Harrelson – who portrayed Flynt in the film.

Larry Flynt was an All-American iconoclast and folk anti-hero. He died in his Los Angeles home on February 10, 2021. His family declined to state the cause of death at this writing.