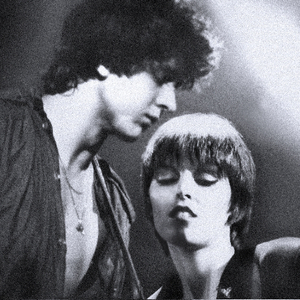 At the Saban Theatre, Forty Years of Choosing “We Belong” over “Love Is A Battlefield” will be Celebrated by the Iconic Rock Couple 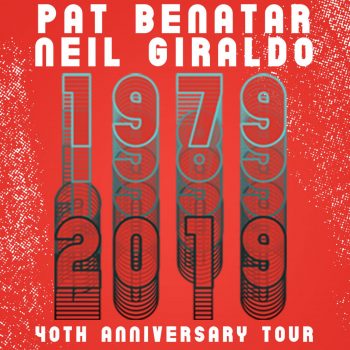 Los Angeles, CA, (The Hollywood Times) 08/22/2019 – On October 19, 2019, Pat Benatar and Neil Giraldo will play the last date on their 40th Anniversary Tour at the Saban Theatre in Los Angeles as a sort of homecoming.

Benatar and Giraldo have lived in Los Angeles for many years, bringing up their two daughters in the City of Angels and in Hawaii. A Roman Catholic with a passionate faith, Benatar transplanted her spiritual roots from the East Coast to the West Coast, setting up house with Giraldo in Malibu with a longtime retreat on the idyllic Hawaiian island of Maui. Although they sold the Maui home a few years back, it has been quite a journey
and quite a ride for a Polish working class girl from Long Island. Indeed, Pat Benatar and husband Neil Giraldo have become music industry legends. 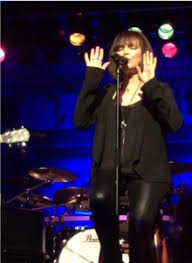 Born Patricia Mae Andrzejewski on January 10, 1953, in Greenpoint, Brooklyn to a Polish sheet-metal worker and a German beautician, few people would have given this
young girl much of a chance of taking the world by storm. After her family moved, Benatar was raised in Lindenhurst, Long Island, where she fell in love with singing. In 1971, inspired by Liza Minnelli, Benatar quit her job as a bank teller in Richmond, Virginia to follow her dream. She began by working as a singing waitress at a nightclub named The Roaring Twenties. She also became the lead singer for a lounge band called Coxon’s Army, a regular at Sam Miller’s basement club. With Coxon’s Army, she released her first single Day Gig, which was released locally in Richmond in 1974.

It would be another five years of ups and downs in the music business before Pat Benatar released her second single. After forming her own band and finding talented mentors, including the ultra-talented Neil Giraldo, she made In the Heat of the Night in
1979, and the album reached #12 in the US in early 1980. The third single off the album, We Live for Love, was written by future husband Neil Giraldo and reached #27 on the US charts.

A classically trained mezzo-soprano, Benatar would not stop once
she had started, going on to become a four-time Grammy winner
Towards the end of 1980, Benatar released the record that took her to the top, Crimes of Passion, featuring her signature song 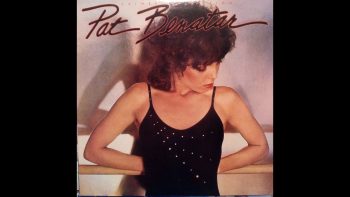 “Hit Me with Your Best Shot.” This Grammy winning album featured Giraldo arranging the music, playing guitar and keyboards, and providing backing vocals. The album also included the controversial song; Hell Is for Children.” Inspired by a series of articles in the New York Times about child abuse in America, the song revealed Benatar’s passion for social justice. 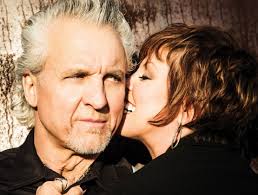 From the beginning, she has married not just Neil Giraldo, but her music to her spiritual values, and her profound inner sense of right and wrong.

Pat Benatar and Neil Giraldo passed their values down to their children. At the end of 2018, baby daughter Hana Giraldo performed at a charity event to support the victims of the Borderline Shooting tragedy and the Malibu Fire. A singer and a beauty like her mother, Hana did a beautiful rendition of her mother and father’s enduring anthem of inclusion, “We Belong.” A victim of bullying when she was a kid, Hana Giraldo told Loop Magazine, “I always wanted to hide in my room. Being bullied takes a lot out of you. I internalized a lot. Before I was bullied, I was very outgoing. I really did have a positive mindset. I thank God every day for putting me through that: Now I have the thickest skin in America! Just try to stop me… There’s not one thing that someone could say to me that would make me give up.”

Such a fire in her heart and soul comes directly from her parents. In 1981, Benatar and Giraldo cemented their place in music history forever, by being the first female and first guitarist, respectively, to ever appear on MTV, with the video for “You Better Run”. In the 1980, there were ten Grammy Award ceremonies, and Benatar was nominated for Best Female Rock Performance nine times. She won an unprecedented four
consecutive Grammy Awards for Best Female Rock Performance from 1980 to 1983. 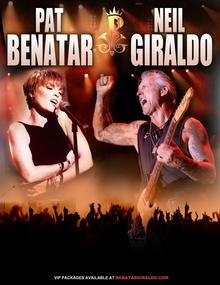 Today, the talented couple are close to debuting a new rock musical called The Romeo & Juliet Project, featuring the music of Pat Benatar and Neil Giraldo with the book by Bradley Bredeweg.
On their fortieth anniversary, together, Pat Benatar and Neil Giraldo continue hit the road, thrilling audiences just as they always have. Indeed, this special tour is a celebration of their ongoing success and their family.

Together, their creativity is as dynamic as their love for each other, and both will be on display at the Saban Theatre on October 19, 2019.