WHO:  PASSERINE is a family-owned, Black-owned creative agency and production company creating meaningful brand strategy and original content for clients like Jordan Brand, Nike, and BeautyCon. 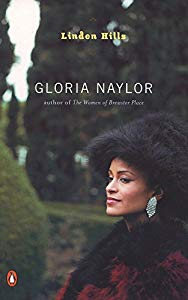 WHAT: Described by the New York Times as a “provocative, iconoclastic novel about a seldom- addressed subject,” Linden Hills focuses on social power dynamics within the eponymous black enclave — the wealthiest most exclusive neighborhood in America — and on the mysterious dealings of Luther Nedeed, the former-slave-turned-tycoon, suspected of cloning himself for over 100 years to maintain his chilling grip on the prosperous community he founded. Inspired by Dante’s Inferno, Naylor’s thrilling allegory is an irresistible spiral of power and influence where down is up, wrong is right, and the highest ambition is living at the bottom of the hill at any cost.

“This was originally her dissertation at Yale” said PASSERINE’s CEO, Shalonda Cornitcher. “Sure, it’s a nuanced parable that examines self-harm and sacrifice in pursuit of the American dream, but it’s also a delightfully creepy and captivating story with incredibly complex characters we’ve never really seen on screen. We’re thrilled about the acquisition and look forward to re-introducing the world to Ms. Naylor’s unique storytelling gift.”

This is the company’s first acquisition. The deal was negotiated and completed by Adrienne Alexander with Elizabeth Newman (formerly of CAA) on behalf of Sterling Lord Literistic.