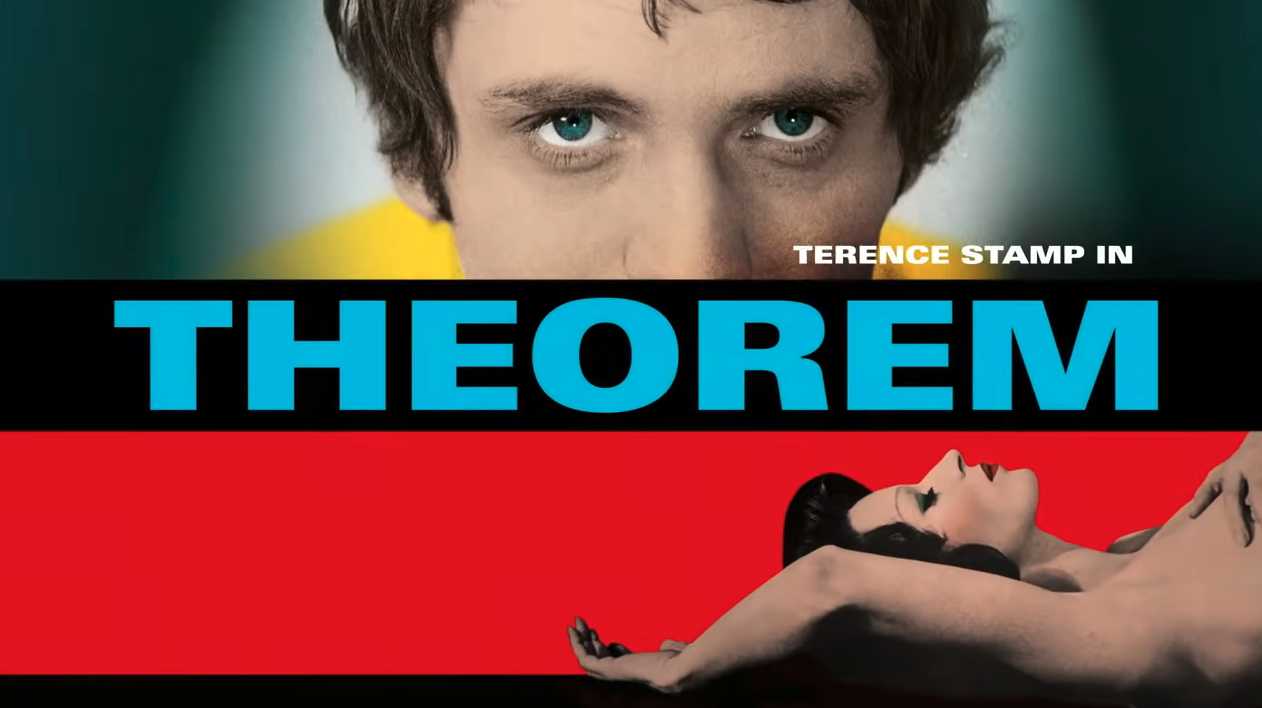 Los Angeles, CA (The Hollywood Times) 3/1/22 – Screening last night at the Motion Picture Academy Museum in their film series was Pier Paolo Pasolini’s Theorem (Italy, 1968), a film that is more about thought-images than narrative.  At the time the film was made, Pasolini claimed that his film was a “theorem” about history and empirical economic law in the Marxist sense. Clearly it is a psychological analysis of the bourgeoisie in Italian society of the 1960s during the economic “boom” after World War II. But it is also about the metaphysical idea of the sacred in everyday life. Overwhelmed with a narcotic dreaminess and possessing a supernatural allure akin to its lead character and primary symbol played by Terence Stamp, Theorem merges the secular and the divine, drawing parallels between the physical response to sexuality and the emotional depth of spiritual devotion. Through “The Visitor,” Italian poet Pier Paolo Pasolini personifies the transformative nature of religion, depicting faith as both inspiration and frustration.

Acting as a link to his early work as a Neorealist, Pasolini opens on a colorless, flat, industrial landscape. It’s the workplace of the impoverished, disenfranchised and forgotten Italian people. Standing in a nondescript lot, a well-dressed factory boss conducts a television interview, turning over his stake in the company to the workers that fabricate its product. One journalist opines that this may lead to a “transformation of all mankind into a middle class.” It’s a striking thought, but the moment passes, whisked away in a quick edit to fog rolling over a barren desert.”

Change rushes in without warning. The family of a wealthy Milanese factory owner has welcomed a guest (Terence Stamp), and with him come brilliant bursts of color, from the yellow cover of his book to the earthy hue of his khakis. The servant (Laura Betti) observes him from afar, unable to stop herself from focusing on the prominent bulge between his legs. She musters the courage to approach, sheepishly wiping ash away from his pant leg before scurrying off like a field mouse.

Her fellow housemates also bare their souls and bodies to “The Visitor,” basking in his grace and figuratively stripping themselves of all allegiance to class and culture. These passionate moments share a striking similarity, structured like the movements of a symphony, opening with guilt and reluctance and building to a crescendo of acceptance and elation. Each encounter differs only in the resulting emotional response, brought on by “His” swift and unexpected departure. Those left behind struggle, channeling this frustration into miraculous acts or uninhibited hysteria, permanently out-of-step with the superficiality of the secular world.

Through the tangibility of sexual intercourse, Pasolini explains the abstractness of faith, comparing life experience, outside of the shell of the middle class, to an epiphany. Audiences screamed blasphemy in 1968, but none of his detractors ever seemed to grasp that his vehemence wasn’t directed at religion, but at the wealthy and politically powerful. Theorem was meant as an affront to the growing capitalist mentality in Rome and Milan, preferring intangible beauty and liberation over rationality and the banality of social status. Never has a rallying cry been so exquisite or metamorphic, possessing images as rich as an oil painting and enduring as Christian iconography.

The film begins with Paolo (Massimo Girotti) the father of a rich bourgeois family and owner of a large factory, who decides to leave his entire business to the workers. Truly, the beginning of this story is really the ending at which point Paolo is seen wandering in the desert after leaving everything behind; and in despair and anguish, Paolo screams out as though he was dying because he realizes that his stable identity has been completely obliterated. On the surface, Paolo’s trauma seems to emanate from a deep religious experience.

The apparent driving force of the film is centered on a mysterious stranger (Terence Stamp), with Christ-like characteristics, who arrives at the father’s bourgeois Milanese household. Once there, this unnamed guest manages to seduce, both physically and spiritually, the entire family; in doing so, the guest emotionally strips them of their individual bourgeois persona. The affectations caused by this young man (Terence Stamp, once voted the “most beautiful man in the world”) on the members of the family are drastic self-transformations, or at least, deep introspective self-realizations. Terence Stamp was in Italy in 1968 when Federico Fellini had him play an alcoholic actor in “Toby Dammit” in the now famous adaptation of Edgar Allan Poe’s “Never Bet the Devil Your Head.” Pasolini tapped Terence Stamp for the signature role of “The Visitor’ in Theorem.

Pietro (Andrés José Cruz Soublette), the son who is a closer homosexual abandons his vocation as a painter; while Lucia (Silvana Mangano), the mother, starts a series of random sexual encounters. Then there is Odetta (Anne Wiazemsky), the daughter, who sinks into catatonia; and interestingly, Emilia (Laura Betti), the maid, becomes a saint. As mentioned before, Paolo, the father, hands his factory over to his workers because in a sense he loses his mind. But as soon as the film begins, the visitor leaves this disgruntled group; so, in essence, his central role in the film is only catalytic. Indeed, the true driving forces within the story are the psycho-mechanics of their inner thoughts.

The effect of the stranger (Terence Stamp) on Paolo (Massimo Girotti) is to destabilize him from his view as a natural player in the free market place and a true leader of the family; and as a result of his passion, Paolo realizes that his position in the world is artificial and only defined by his social status in the production and reproduction arenas. This state of awareness causes an accentuated decrease in his confidence, both as a boss and as a father, and leads him to become seriously ill. Indeed, the final outcome of his sickness is to be driven into the desert, permanently marking him with a symbolic death and the disappearance of the bourgeoisie.

Emilia (Laura Betti) is the only character connected with the working class and significantly, the only one associated with an apparent sacred reality. Emilia unmasks some of the deep beliefs of Pasolini, unveiling his strong feelings for the peasantry and the working class; indeed, it is an indication that he was an orthodox Marxist. Emilia is completely tied into the idea of a “certain realism” and the “disappearance of the sacred from reality.” This view is supported by her failed attempt at suicide, which is an act against the church. It is a mortal sin to kill yourself. Further evidence for a “non-sacred reality” is her miraculous levitation, an act so exaggerated that it is unbelievable. Finally, her almost complete self-burial can be seen as an existentialist statement against religious faith.