Pasadena, CA (The Hollywood Times) 2/5/20 – Arguably, the best part of having children with the love of your life is the fact those children will get older, and begin lives outside of their home, leaving the parents to enjoy a quiet home in anyway they choose. What is NOT the best part of having children grow up and leave the nest, is having low income parents move into a newly empty home! The Legendary Fran Drescher stars in the new comedy series, Indebted, with this exact premise! 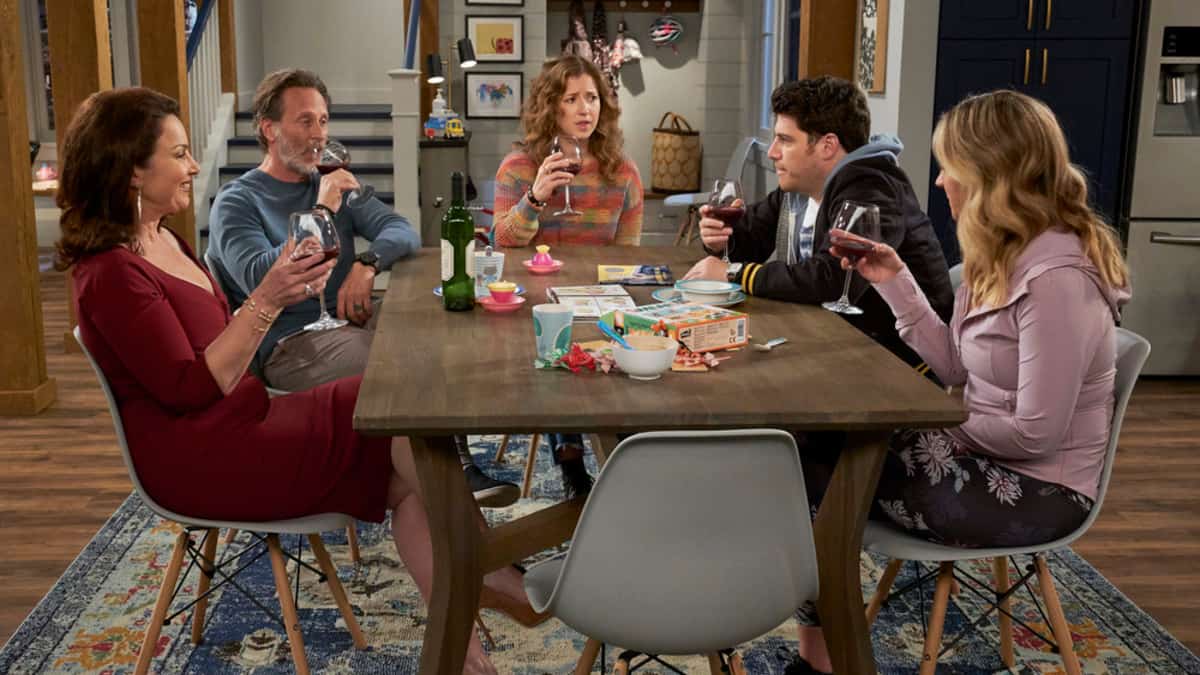 26 years after the effortless comedy ‘The Nanny’ Drescher returns to small screens once more, much to audiences and fans delight! Fran goes into detail. “I made peace with the fact that the audience and my fans fell in love with my energy, my look, my style, my voice, thank God. And if I just experience different people’s lives through this, I made peace with the fact that I’m not going to ever be Meryl Streep in my career.

I think that, yeah, you’re going to be seeing Fran, pretty much what you’ve been used to, but this woman is going through a different kind of a life experience, and she’s got a husband, and she’s got grown children, and she’s got grandchildren. She’s finding herself a little out of money, out of luck in terms of how that goes. So that’s her course.

I like to play characters that are not mean spirited. I like to play people that are positive and loving. When I first started off my career, I was always kind of the hooker with the heart of gold. I don’t like to be mean. I like to be self deprecating, so that’s sort of my brand of comedy, and I think that my fans have embraced that. That’s what they’ve come to expect, and I like to give them what they anticipate and as much bang for their buck as possible.”

What makes indebted so hilariously relevant is that so many folks can relate to the storyline of elder parents flirting with the idea of moving back in with their grown children. Producer Dan Levy transformed a very real and similar scenario into what we viewers should expect to see. He goes on to explain, “ My parents are funny, obviously funny and ridiculous people. What happened about a year ago, we were sitting in my living room, and I was asking them sort of what is your plan, what is your retirement plan? Because I was reading/panicking that most baby boomers don’t actually have, like, a true plan, and a lot of them don’t have long term healthcare or whatever it is, and I was sort of asking them, “What are you guys going to do?”

And my mom was like, “Oh, we’ll come to California.” And I was like, “And live where?” “We’ll come live with you.” And I was like, “Oh, no. This is not a good idea. I realize that you guys have no plan.” And my dad’s like, “No. I’ll umpire.” And I was like, “That’s not something you pick up at 70.” He’s like “I’ll umpire in Topanga.” I was like, “No. We need to figure something out.” Then I started meeting with different people to help sort of organize their finances so they didn’t have to come be living with me, and then I went to Doug, and I said, “This is a really stressful situation I’m in. Should we go pitch it as a TV show?” Then we took it to Meyerson, who was at the podium, and here we are.”

There is seemingly something for everyone in the new NBC series Indebted! Set your DVR’s for Thursday, February 6th @ 9pm PST!