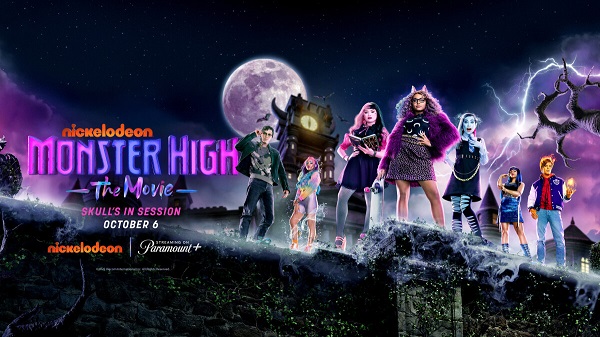 MONSTER HIGH THE MOVIE Premieres Thursday, Oct. 6, on Paramount+ and That Same Day at 7 p.m. ET/PT on Nickelodeon 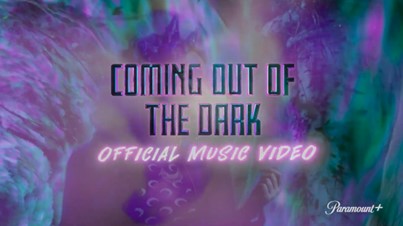 Paramount+ today revealed the all-new music video, “Coming Out of the Dark” from the upcoming film MONSTER HIGH THE MOVIE during Paramount+’s Virtual Television Critics Association Presentation. The video features Clawdeen Wolf arriving at Monster High, alongside all of the other students.

MONSTER HIGH THE MOVIE follows Clawdeen Wolf (Miia Harris, “Just Beyond”), who was born half human and half werewolf, after she arrives at her new school, Monster High. She quickly makes friends with her classmates Frankie Stein (Ceci Balagot, “Dispatches from Elsewhere”) and Draculaura (Nayah Damasen, “Grey’s Anatomy”), and for the first time in her life, Clawdeen feels like she has finally found a place where she fits in and can truly be herself, despite keeping her human half a secret. When a devious plan to destroy Monster High threatens to reveal her real identity, Clawdeen must learn to embrace her true monster heart and find a way to save the day.

MONSTER HIGH THE MOVIE also stars Case Walker (“The Other Two”) as Deuce Gorgon; Kyle Selig (“Mean Girls” on Broadway) as Mr. Komos; Marci T. House (“Day of the Dead”) as Headmistress Bloodgood; Scotch Ellis Loring (“Firehouse Dog”) as Clawdeen’s dad, Apollo; Steve Valentine (Mom) as Draculaura’s dad, Dracula; Jy Prishkulnik (“Just Beyond”) as Cleo de Nile; Lina Lecompte (“Death Pursuit”) as Lagoona; Justin Derickson (“When the Streetlights Go On”) as Heath Burns; Lilah Fitzgerald (“Honey Girls”) as Ghoulia; and Nasiv Sall (“Descendants 2”) as Abbey Bominable. Additional fan-favorite characters from the Monster High universe will also be seen throughout the movie. The franchise seeks to foster a more accepting world where everyone is proud to be their authentic self, which is more relevant than ever. Today, Monster High is back with a reimagined set of fangtastic characters, inspired by the original ghouls, for a new generation that embraces what makes them unique and rallies people everywhere to express themselves.

MONSTER HIGH THE MOVIE  is directed and executive produced by Todd Holland (“The Real O’Neals,” “Malcolm in the Middle,” “Firehouse Dog”). The story is by Jenny Jaffe (“Big Hero 6: The Series,” “Rugrats”), Greg Erb, and Jason Oremland (“Princess and the Frog,” “Playmobil: The Movie”), and the teleplay is by Jaffe and Billy & Matt Eddy (“Zapped,” “Teen Beach Movie”). Adam Bonnett (“Descendants” franchise, “Masters of the Universe: Revelation”) serves as executive producer. Frederic Soulie, Senior Vice President & General Manager of Mattel Television and Phil Breman, Vice President of Live Action Development, oversee the movie for Mattel and serve as executive producers. Production on MONSTER HIGH THE MOVIE for Nickelodeon is overseen by Zack Olin and Shauna Phelan, Co-Heads of Nickelodeon & Awesomeness Live-Action, along with executives Lee Rosenthal, Linda Halder and Jules Kovisars.