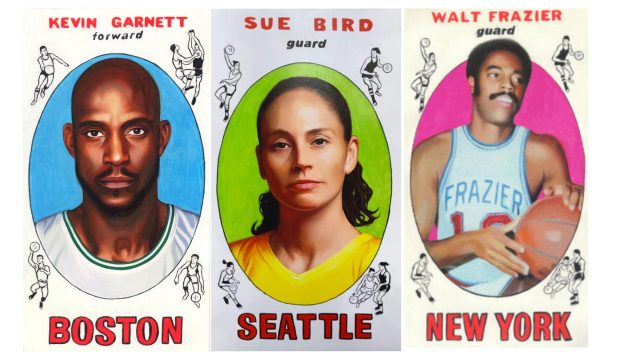 Los Angeles, CA (The Hollywood Times) 12/31/21 – Inspired by nostalgic basketball trading cards, renowned portraitist and Jeff Koonz protégé, James Seward, aka PAJAMERZ has created a new collection of supersized paintings that are a must-have for any art aficionado or sports enthusiast. 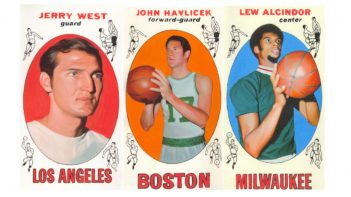 The collection features original, hyper-realistic whimsical paintings of many sports legends including Michael Jordan, Lebron James, Sue Bird, and a tribute to the late Kobe Bryant. 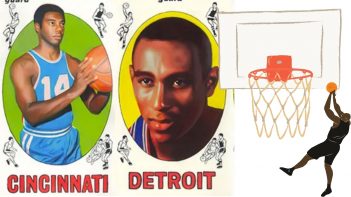 Original paintings plus a range of limited, high-quality affordable prints are available online at SHOPTHENOVOGRATZ.COM. 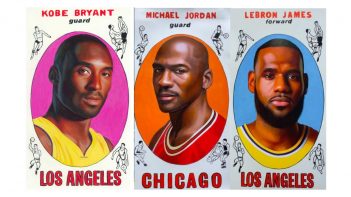 I also had an exclusive interview with Pajamerz to dig deeper into the inspiration behind this collection and to learn more about the talented visionary. 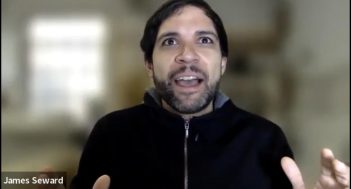 “I started painting a drawing when I was in third grade. My father and uncle were artists. My father went to school for illustration advertisement, but then ended up having to go to the military because of the Vietnam war. But my uncle remained an artist his whole life. He passed away about a decade ago. Every summer he would come and visit my hometown, Tullahoma, Tennessee, about an hour south of Nashville. So he would come down to visit my grandparents, and I would watch him paint. He noticed I had a talent because in third grade, I spent a couple of days drawing this print that my mom had on the wall of the living room of this little girl. A Victorian painting, and this little girl in the corner is pouting next to her dog. I showed it to my mom, who’s from Panama. And she’s like, ‘No, Jimmy, you didn’t draw this’. I was like, ‘Yeah, I drew this, mom.’ So I drew it again. And she was shocked. She told my uncle about it. And that’s when he was just like, ‘you guys have to start putting him in drawing classes’.”

On Transition From Illustration to Painting

“From there on, I just stuck with it. And l ended up going to Savannah College of Art and Design for Illustration. And then by the end of my wife, ferrets, Savannah, Georgia, she, she was studying photography, and I was kind of burnt out with illustration. SCAD was described as this great school, it brought in some big names of illustrators but every time I would ask about ‘do you also exhibit galleries’, all illustrators were ‘No, we can’t consider ourselves painters’. Painters were seen as gods in a way, it was very interesting. I was kind of like, ‘Oh, I think I want to be a painter’. So I decided to pursue that after school. I did a lot of illustration gigs, but painting was more of my passion than illustration.’

On The Basketball Series

“I wasn’t really into sports until I was watching my nephew, Hayden, who’s growing up in outside of Cleveland area. My wife’s family’s from Ohio, Akron area, and by the age of two, he was obsessed with basketball. I’ve never witnessed anything like this. He took naps with basketballs. Watching him grow up one day when he was about five or six, I took him to this basketball gym. Hayden, in this game, on two trampolines shooting baskets, demolished me, and he was just just laughing. I remember his little body jumping up. For him, it was like 10 feet of the air. It was this focus that I never witnessed in a child. He’s like, ‘Uncle Jimmy, you’re the worst player’. It made me see that a human being can be born with this capacity. So I just started watching at that point. And Hayden’s favorite team is the Cavs. A couple years later, my father in law was like, ‘There’s this guy who’s playing outside of Akron, he’s the next Michael Jordan. He’s in high school, and people are flocking, and that turned out to be Lebron James’. From that point on, I was hooked. Years later, about six months ago, I was watching this video of my that my sister in law Hayden playing and he’s in high school now. He’s unbelievable.’ As I’m watching it, I get a text message from Robert Novogratz, I’ve done a lot of projects with them. They’re amazing. And he’s like, ‘I have another project in mind. I found these cards. What do you think? These cards are funky. Back then, we didn’t really know how to photograph athletes. They’re all awkward and the colors are super saturated’. I was like, ‘This looks awesome’. So that’s where the idea came from. And we started collaborating with that.”

On The Supersize Exhibit

“The actual originals are only six by 12. But then we thought to blow these up. We scanned them in, and then blew them up to be like large prints. They are online at SHOPTHENOVOGRATZ.COM.

On Choosing The Featured Basketball Stars

“Robert and I, at first, picked the original 10 all stars from the top playing cards, and then we collaborated together off the cusp of these other players, and wanted to incorporate more women players. We came up with our favorite players in the last 15 to 20 years.”

“When I left school in Savannah, it took some time to move to New York. My wife was looking through classifieds and she’s like, ‘there’s a painter looking for assistance’. It didn’t specify who it was. So I sent in my spec and got a call from the studio and said, ‘this is Jeff Koons, we’re looking for some assistant painters, and we love your work. You want to come in for an interview?’ I went and then I was hired. Back then the studio was in the far west side, west Chelsea, in New York. I was with him for about eight years and honed my craft because the paintings are super realistic. I met a great community of artists, which I’m still friends with. And witnessed how the most famous artists created their work. It was a big honor.  It was full time, 40 hour a week job. And sometimes when there were shows, we were there for seven hours. It was insane. I learned a lot of tricks of the trade there and met some amazing collectors and celebrities who came in every week to look at the studio.”

“This year, I’m going to be looking for a gallery. Most of my work thus far has been word of mouth and commission based. I’m working on a series of huggy, embracing paintings, which is in the next catalog of the New American paintings. It’s a great artists catalog magazine that comes out every couple months. These paintings were inspired by screenshots that I’ve been collecting for the last eight years of movies. My wife and I just watch a movie and it would be a scene where someone is hugging. I would screen capture that interesting image. This just organically formed slowly.”

One Flew Over The Cuckoo’s Nest

“The first piece I did was a scene from One Flew Over the Cuckoo’s Nest. It’s the last scene with Jack Nicholson embracing Chief and Chief realizes ‘my friends gone’. So I thought it was very interesting if I take that scene and extract the background. So I just have these two figures hugging in this void of space. So they’re taken out of context. I remember the movie being a classic that came out before I was born. But I remember my parents talking about it. But for some people, when they look at these paintings they’lI know that movie. And they’ll have a context that they’ll project onto the piece. But a lot of people as I’m getting older, don’t know that movie. And they’re like, oh my gosh, what is this from?”

“I did another piece of the scene from The Godfather which is called, ‘I broke my heart’. And it’s that iconic hugging scene. That movie, in my generation is a masterpiece. But a lot of people, including my wife didn’t know where it came from. I asked her ‘what do you see in this hug?’ And she says, ‘I see heartbreak’.  It’s interesting that she, just by looking at that hug, read what the moment was without seeing movie. So I’m very interested in this type of narrative that people project on these hugs and also the context change because I started painting these in 2019 and then the COVID outbreak pandemic came. It changed the context of the pieces because we’re still seeing certain countries going back into lockdown. There’s an urgency that was also created with these paintings of where people just longing to be together again and not being able to.  So I thought that was very interesting how this tragic pandemic, also like the artwork, was a catalyst for this moment in humanity as well.”

In addition, Pajamerz is working on more embrace moments including scenes from The Big Lebowski, Schindler’s List and  2019’s The Farewell where Awkwafina’s character goes to China to say goodbye to her grandmother who has terminal cancer. Another is 2013’s 12 Years A Slave. “It’s the last scene where he gets reunited with his family.”

“I’m a huge history fan. When I’m in the studio, I’m listening to podcasts about any type of history. When it comes to Hollywood and celebrities, I grew up watching a lot of television. And so I think a lot of that has informed my personality. I’ll be walking down the street and something will remind me about a movie I saw when I was a kid, Chevy Chase, National Lampoon, or something. So that’s just how my brain is wired. And I think that has really influenced my artwork as well, just being raised with movies and TV as a kid. Just being attracted to the historic aspect. Because I just love history.”

Pajamerz can’t wait until this pandemic is over so he can go back to the movie theaters. Despite it, he did have a a great Christmas hunkered down in Brooklyn with his immediate family, after plans to go visit relatives were cancelled. He is also an avid cyclist, reader and loves meditation. He can be found on jameslseward.com and @pajamerz on Instagram. Not to be confused with his uncle with the same name, James Seward, most famous for his Jesus walking on water piece.

You can view the full interview here.

You can shop the prints on ShopTheNovogratz.com