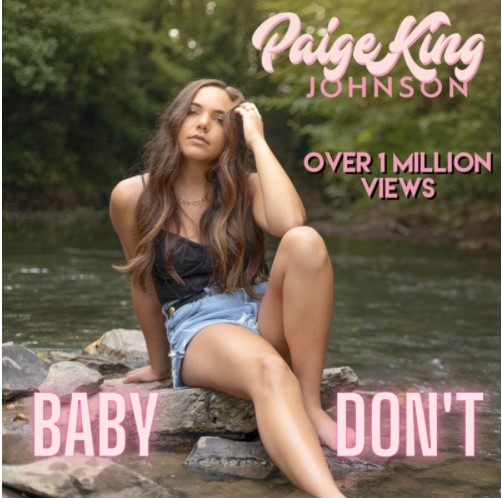 NASHVILLE, Tenn. – Country music singer-songwriter Paige King Johnson has been nominated once again in three prestigious categories for the 2021 Carolina Country Music Awards including Female Artist of the Year, Songwriter of the Year, and Country Single of the Year for her song “She Holds This House Together.” The 2021 CCMAs will take place on January 22, 2022. Last year, Johnson won Female Vocalist of the year, Country Emerging New Artist, and Country Tour of the Year. Clearly not one to slow down, she continues to deliver music for all fans to enjoy. Johnson recently released her latest single “Baby Don’t” which is available to download on all digital platforms, along with a music video! 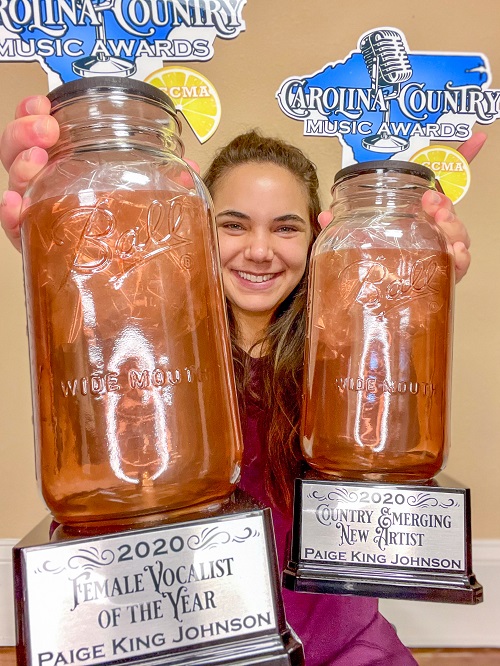 “With being a member of the Carolina Country Music Association for 4 years and receiving my first 3 CCMA awards at last year’s event, this year feels very special!” shares Johnson. “In each category, I’m alongside some very talented Carolina artists that have been friends for years. I’m so looking forward to this year’s awards!

“Baby Don’t,” distributed by BFD/The Orchard – a subsidiary of Sony Music, has been featured on TIDAL’s Rising: Country and  Spotify’s Fresh Finds: Country playlists. The music video, directed by Pam Tillis and Whitney Wolanin, showcases over-the-top visuals, colors, and costumes that make the song’s vision come to life. Proving that no amount of clever tricks and games can lure her into falling head over heels, Johnson is pictured holding on to an apple throughout the video, but unlike Eve, she doesn’t give in to taking a bite. The “Baby Don’t” music video was premiered by Heartland TV and digitally by CMT.com, and both the single and acoustic version is available to download and stream on all digital platforms today! 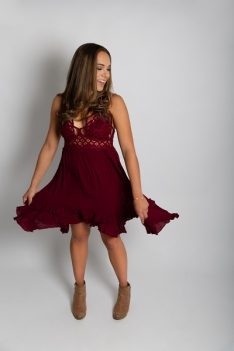 To keep up with everything Paige King Johnson, visit HERE and follow the socials linked below. 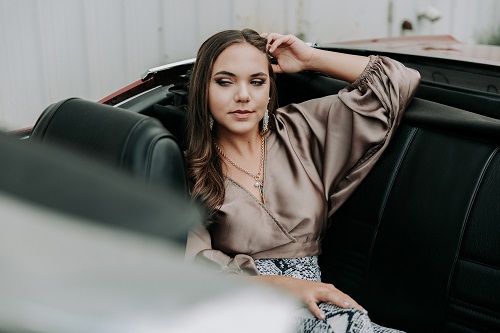 Born in a quiet North Carolina town just 22 miles south of Raleigh, as a young 9-year-old girl, Paige King Johnson spent her summers under the crepe myrtles imitating the styles of Loretta, Patsy, Waylon, and Merle. Having a grandpa as her biggest fan also meant receiving the gift of her first guitar – a baby Taylor – and enrolling in lessons. After her grandpa passed, the bright-eyed dreamer carried on his memory by taking her newfound discovery to local fairs, festivals, and any other stage she was allowed to stand on. As she grew older, Johnson added “opening act” to her resume, supporting chart-topping artists like Scotty McCreery, Neal McCoy, Luke Pell, and James Otto. And with high school graduation came the realization that this was more than a hobby. The Angier native traded in horse pastures and back roads for the bright lights of Music City in 2015. Upon starting school at Belmont University for Music Business, Johnson honed in on the magic that had heavily influenced her as a child: the art of storytelling through songwriting. 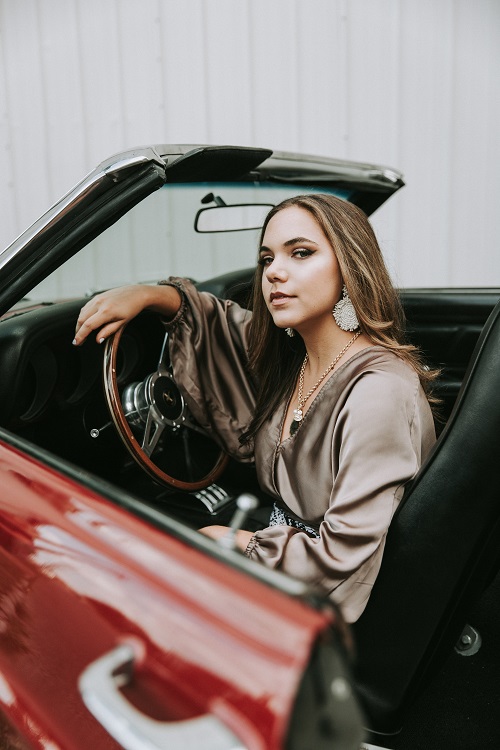 The famous Bluebird Café was just one of many writers’ circuits around Nashville that provided a safe space for Johnson to meet other writers, try out new tunes, and get feedback. In return, Johnson began captivating audiences with her down-home stage presence, cut straight to the bone stories and raw country voice, reminiscent of the classic country era. In the last four years, Johnson has traveled back and forth between Nashville and the Carolinas, playing shows like the North Carolina State Fair and running her dinner theater, Country on the Outskirts of Town, that she founded in high school. Johnson’s quarterly show provides an atmosphere for locals to enjoy Southern cooking, fellowship with friends, and the sounds of classic and current country music with some gospel thrown in. A three-time Carolina Country Music Awards Winner for Female Vocalist of the Year, Country Emerging New Artist, and Tour of the Year, Johnson’s devoted homegrown fan base continues to expand farther than just her backyard. For more information, visit paigekingjohnson.com.

About PCG Records:
PCG Records is an independent record label in partnership with the Artist. PCG records will be distributed by Bob Frank Distribution (BFD) and Sony Orchard (The Orchard). The Orchard is the top music distribution company in the industry which reaches digital and physical retailers worldwide. PCG Records offers label services including digital experts who specialize in best practices for social media marketing, advertising, sync license, video monetization, music streaming, performance rights, and much, much more. Collectively, PCG Records and the Orchard industry pros, empower artists to connect with fans across the globe.