Beverly Hills, CA (The Hollywood Times) 8/31/18 – The second season of Jason Bateman’s Netflix drama “Ozark,” which earned itself a divided reputation among both critics and audiences last season, returns tonight—only this time around, the consensus is stronger.  And for good reason; Ozark is only getting better.

It’s a highly anticipated event—in spite of that critically divided opinion last year, and a fair amount of controversy, “Ozark” earned itself a strong audience following.  Rapper Drake even called it one of his favorite shows, undoubtedly boosting it’s appeal even further.

Simply put, it stars antiheroes Jason Bateman and Laura Linney as Marty and Wendy Byrde, a married couple who move to the Missouri Ozarks after their money laundering scheme with a corrupt drug cartel goes horribly wrong. Struggling to pull themselves out of their financial troubles, the Byrdes wind up at the end of season one facing tragedy and unexpected death.

If you can believe it, season two is even more dark and shocking than its predecessor. Some have compared it to “Breaking Bad,” and in season two, those comparisons have grown more pronounced.

Bateman stated at a Television Critics Association Panel, that he hoped the series didn’t get mired in the “mechanics” of money-laundering; “Well, the money laundering part of the show… is hopefully tamped down and doesn’t bore you with the weeds and sort of the mechanics of all that stuff,” he said.

Bateman stressed that his focus is on the dynamics, the drama, within the Byrde family. “You look for opportunities to relate to the audience you’re trying to reach and, obviously, family dynamics is an evergreen one would try to link and tether any show or movie to, because everyone’s got one, whether it’s a functional one or not,” he stated. 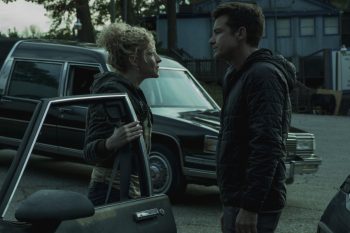 At the panel, which was attended by Bateman, Linney, and Julia Garner, who plays Ruth, it was noted that an organic chemistry is deeply noticeable in the interaction between the Byrdes. “It’s the result of a sense of respect, safety, fun, freedom,” remarked Linney. “And within that then, when you have those parameters, then you can really go to town. And because you feel safe and because you are genuinely curious and interested in the person that you’re looking at, it brings a sort of life to a scene, to the general overall.”

“It’s like we all get along so well that we really dig in and love those dramatic moments because we know no one’s going to take offense, because you’re trying to be really believable,” added Bateman.

Believability is not, and has never been, the problem.  Season one ran the risk of being brutal enough to put some viewers off.  But it’s what set this admirably wicked drama apart from the rest, and taking it to its logical conclusion is what season 2 does. Nobody was ever in this series to be polite about human nature and it’s capacity for foibles, and even evil.

One audience member asked, rather bluntly, whether Marty, in season one, was “inherently amoral, or if he was just repressing his emotions so much” while noting that it seems the series attempts to answer that in season two, with Wendy stepping up to become “more ruthless.” 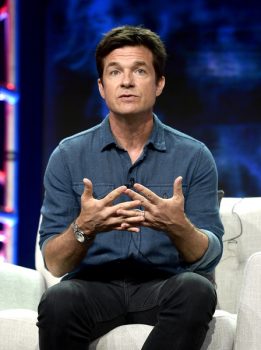 These are the questions that pervade Ozark, and that make season two so crucial to character development and story arc. And that keep this loyal audience coming back for more.