MIND YOUR BUSINESS WITH MAHISHA 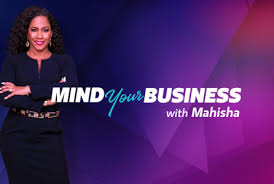 Powerhouse business owner Mahisha Dellinger turned a creative idea into the multi-million-dollar hair company Curls, a family of organic hair care products targeted for women embracing their natural textures. Now, in “Mind Your Business with Mahisha,” she is taking on a whole new challenge: helping other female entrepreneurs live out their dreams and take their small businesses to greater heights. In each standalone episode, Mahisha meets with entrepreneurs and guides them with inspiration and a little bit of tough love. She tests their passion and determination while demanding that they give it their all – just like she did – in order to reach their goals.

At a family BBQ restaurant, stagnant sales are coupled with some staff that drinks on the job, fights in the parking lot and steals from the owners. Mahisha Dellinger, CEO and Founder of Curls, is ready for the challenge to help fix the struggling business but not without serving some employees their walking papers before she’s finished.

Reality star Mehgan James (“Bad Girls Club”) started 800 West clothing line to redeem her bad girl reputation and find fame through fortune. However, after failing to pay back her vendors and piling up debt, Mehgan’s partner and lead designer has had enough, leaving Mahisha Dellinger, CEO and Founder of Curls, to help fix the struggling business and pick up the pieces.

Appearing on Oprah’s Favorite Things list for four years straight should have turned Gloria Williams, Founder and CEO of Footnanny, a line of pedicure products, into a nationwide powerhouse, but the overwhelming demand has challenged her business. Mahisha Dellinger, CEO and Founder of Curls, offers solutions to help get Gloria’s business on the right track. 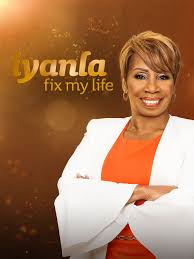 In dramatic new episodes, life coach Iyanla Vanzant helps those who are struggling, guiding them toward a new way of living and encouraging them to do the work necessary for real change. Through emotional heart-to-heart conversations and often a dose of tough-love, Iyanla helps individuals confront unresolved issues that are causing turmoil. She coaches guests and gives them the tools to fix their own lives, seeking to break the negative patterns that are preventing true happiness.

In the season premiere, Neffeteria “Neffe” Pugh and Shelby “Soullow” Lowery return to Iyanla for a second attempt to heal their broken marriage, but an explosive argument between the two pushes Iyanla to walk out on her guests for the first time ever.

Iyanla works with an oblivious Nakeda, who has six children by five different men, and her mother Illysha is raising five of them. When a childhood trauma is revealed, Iyanla lays Nakeda’s reckless behavior at her equally oblivious mother’s feet.

Iyanla works with Keshia, who finds out her dying son has molested her youngest daughter. Keshia has responded by shutting down emotionally. Now, years later, Iyanla is here to shake the family up with real talk.

*The series will regularly air on Wednesdays at 10 p.m. ET/PT 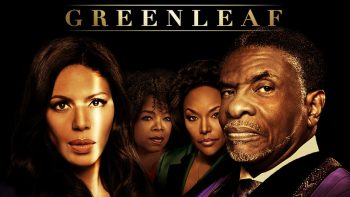 In season three of “Greenleaf,” all the turbulent forces that Grace’s (Merle Dandridge) return to Memphis unleashed threaten to destroy not just the church her family built, but the family itself. Fallout from last season’s shocking revelation of Bishop’s (Keith David) infidelities with Lady Mae’s (Lynn Whitfield) sister, as well as reverberations from his current dalliance with that insidious Jezebel, Rochelle Cross (LeToya Luckett) lead to all-out war in the Greenleaf home, setting the Bishop and Lady Mae on a collision course that, unless God or Grace intervenes, can only end one way: divorce. In the wake of the marital mayhem, Lady Mae rushes to reconnect with Maxine Patterson (Patti LaBelle), an old friend and now a world-famous Christian motivational speaker, in an attempt to reclaim her forsaken call to preach and thus do what no First Lady has done before — survive as the sole head pastor of a megachurch after a major rift between its founding couple. Grace, meanwhile, works undercover in the company of Rochelle, hoping to discover Rochelle’s motives and true identity before the Bishop is swept away on a raging river of vanity and desire. Across town at Triumph, Jacob (Lamman Rucker) and Kerissa (Kim Hawthorne) try not to make the same mistakes Bishop and Lady Mae made as they work to build their own evangelical empire and manage parenting their teenage daughter Zora (Lovie Simone), but the roots of sin delve deep and old habits die hard. Sophia’s (Desiree Ross) faith is tested when an unforeseen medical issue arises; Charity (Deborah Joy Winans) struggles to make peace with Kevin (Tye White) and find her place in the world; and Grace works to keep an abused woman from death row for the crime of defending her own life. Meanwhile, Darius (Rick Fox) finds himself in conflict due to being entangled in an increasingly strained relationship with Grace.

After Lady Mae (Lynn Whitfield) kicks the Bishop (Keith David) out of the mansion for his previous infidelities and Zora (Lovie Simone) is brought home after running away, the Greenleafs find their church in danger when slapped with a $2 million dollar IRS tax bill. Lady Mae contemplates allowing the Bishop back home in order to save face in front of the congregation regarding the IRS bill. Grace (Merle Dandridge) questions the dilapidation of her family being a result of her return home, but decides to pursue Rochelle Cross (LeToya Luckett) instead – the woman responsible for driving the wedge in her parents’ once happy marriage. Countering with kindness, Rochelle offers to help Grace with one of her church outreach programs, while secretly scheming with former First Lady of Triumph Church Tasha Skanks (Asia’h Epperson) to take down the entire Greenleaf empire. Now safely home, Jacob (Lamman Rucker) and Kerissa (Kim Hawthorne) take Zora’s phone and ground her. Charity (Deborah Joy Winans) returns home with Nathan from Jabari’s tour in order to be there for her family.

Grace (Merle Dandridge) takes Rochelle (LeToya Luckett) up on her offer to help with church outreach programs being intent on keeping a close eye on this woman whose sights are set on her father. The Bishop (Keith David) moves back into the mansion with Lady Mae (Lynn Whitfield) in order to falsely present a happy home. After Rochelle learns of the reconciliation, she tells Lady Mae that her and Bishop were together when the family was going through the Zora (Lovie Simone) crisis. Lady Mae puts on a good face for her and Bishop’s lunch with parishioner and Powerball winner Clara Jackson. Lady Mae helps secure the check to cover the tax bill from Clara, but wants a divorce from the Bishop once they’ve settled with the IRS. Zora attempts to contact Isaiah (Roshon Fegan), while suspicions grow accusing her of stealing money from Triumph’s offering basket. As Kerissa (Kim Hawthorne) divides her focus between Excellence and Triumph, Jacob (Lamman Rucker) finds himself moving closer to Tasha (Asia’h Epperson) after a jewelry shopping excursion for his wife. Charity (Deborah Joy Winans) calls off her return to Jabari’s tour after she realizes Kevin’s (Tye White) still dating Aaron, but uses the custody issues with Kevin as her excuse.

THE HAVES AND THE HAVE NOTS 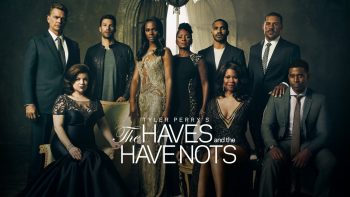 Tyler Perry’s “The Haves and the Have Nots,” starring John Schneider and Tika Sumpter, portrays the ongoing drama between the wealthy Cryer and Harrington families and the poor Young family. The most explosive season yet continues with no one unscathed by scandal, destruction, life-threatening moments and even death. The series also stars Angela Robinson, Renée Lawless, Crystal Fox, Peter Parros, Aaron O’Connell, Tyler Lepley and Gavin Houston.

After being pushed to the limit, Veronica (Angela Robinson) finally gets her revenge.

As David (Peter Parros) is rushed to the hospital he learns Erica’s (Presilah Nunez) fate. The truth is revealed about Uncle Vinny’s accident, and the Malone’s now have a new target.

An explosion in this small town sets more on fire than just a car. 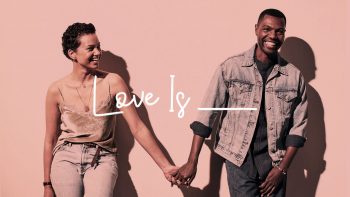 Michele Weaver (“Illicit”) and Will Catlett (“Black Lightning”) star in OWN’s new romantic drama “Love Is ___,” from award-winning producers Mara Brock Akil (“Girlfriends,” Being Mary Jane,” “The Game”) and Salim Akil (“Black Lightning”). Set primarily in 1990’s Los Angeles against the backdrop of Black Hollywood, “Love Is ___” follows Nuri (Michele Weaver) and Yasir (Will Catlett), a couple from seemingly opposite worlds, as they chase their dreams and learn to follow their hearts. Told from the perspective of the couple’s present-day selves, the romantic drama also revisits the social issues and vibrant black culture of that time reflecting on how it all aligned to shape the couple they have become nearly 20 years later — a power couple navigating a complex set of social codes while also balancing successful careers and a beautiful family. Drawing inspiration from the Akil’s real life relationship journey, the series explores the highs, the lows, and the magic of falling (and staying) in love.“

Nuri (Michelle Weaver) has a big professional moment just as issues in Nuri’s relationship with Yasir (Will Catlett) come to light, and Nuri makes a very personal confession. 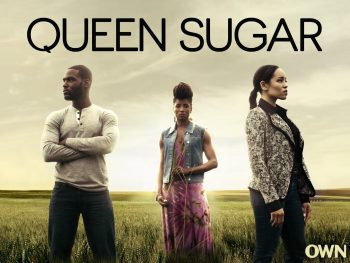 In the series’ third season, the contemporary drama from Academy-Award nominated director Ava DuVernay returns as the Bordelons find themselves continuing their fight to save their family farm and father’s legacy as they navigate their own personal journeys. They soon find that their fight extends beyond their close-knit family, but also to the community. Charley (Dawn-Lyen Gardner) remains in the thick of the trials and tribulations in both her personal and professional life as she continues to battle the Landry family while also trying to ensure Micah’s (Nicholas Ashe) safety and future. Ralph Angel (Kofi Siriboe) is still reeling from learning from Darla (Bianca Lawson) that he might not be the biological father of his son, Blue (Ethan Hutchison), and attempts to push forward as the new cane season begins. A new and unexpected love in the form of an old friend comes into Nova’s (Rutina Wesley) life and challenges her long-held notions of relationships while also offering her something she didn’t think she could ever have.

Ralph Angel (Kofi Siriboe) and Darla (Bianca Lawson) find some peace, Violet (Tina Lifford) reveals her lupus diagnosis to her family, and the Council makes a decision about the correctional facility.

Ralph Angel (Kofi Siriboe) receives some unexpected news, the fate of the correctional facility is revealed, and Charley (Dawn-Lyen Gardner) makes a proposal on behalf of the farmers. Plus, Violet (Tina Lifford) and Hollywood (Omar J. Dorsey) celebrate their love. 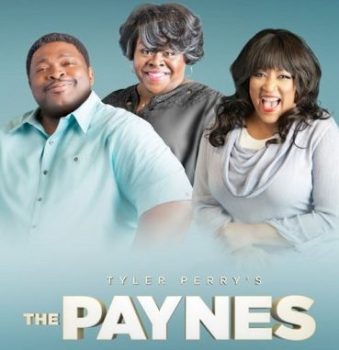 In Tyler Perry’s new comedy series “The Paynes,” Cassi Davis and LaVan Davis reprise their roles as Ella and Curtis Payne from the hit series “House of Payne.” As Curtis and Ella are enjoying their retirement, a death in the family takes them on the road to Florida, where Curtis is roped into a real estate deal that will tumble their lives like clothes in a dryer – with plenty of laughs and life lessons along the way. “The Paynes” also stars Emmy-winner Jackée Harry, Stephanie Charles, Markice Moore, JD McCrary, Sanai Victoria and Anthony O. Dalton.

Go behind the scenes with the cast and crew for an in-depth look inside the new season of the Oprah Winfrey executive produced hit church drama “Greenleaf.”