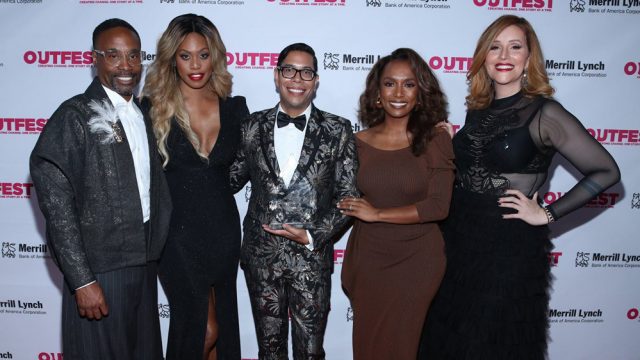 The 13th annual Outfest Legacy Awards raises money for The Outfest UCLA Legacy Project which is dedicated to LGBTQ footage and it goes all the way back to 1919 with the German silent movie Different From The Others which stars Conrad Veldt. The film was intended as a polemic against the German law which made homosexuality a criminal offense.

Outfest UCLA Legacy Project was created in 2005 and it is the only program in the world dedicated to preserving LGBTQ moving images at risk of becoming lost. 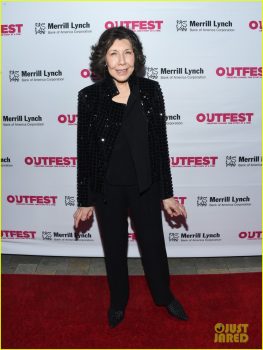 Sony Pictures Classics was honored with the Corporate Trailblazer Award in recognition for its role as a distributor in bringing LGBTQ films to a wide audience.

Sony Pictures Classics has distributed some of the greatest independent movies over the past 30 years. Michael Baker’s films have received 169 Academy award nominations including several for Best Picture: Call Me By Your Name, Whiplash, Midnight In Paris, An Education, etc.

Representing his co-creators of the breakthrough series Pose Ryan Murphy and Brad Falchuk, Stephen Canals recalled writing the first draft as a UCLA student and being told that there was no audience for a show about queers and people of color because back then television was dominated by straight, white antiheroes. Thanks to Pose, Janet Mock is the first transgender woman to write and direct a television episode.  The series features trans performers including Mj Rodriguez, Indya Moore, Hailie Sahar, Dominique Jackson and Angelica Ross. I happened to see the pilot just a couple of nights ago at Writers Guild America and not only it’s a captivating, brilliantly written, acted and directed it’s also a huge step towards bringing attention to stories and voices that were silenced for decades. I would also like to point out that the creators of the show provided jobs to LGBTQ people not only in front of the camera but also behind the scenes.

Justin Simien, the creator of Dear White People received Rising Star Award.  Dear White People is a Netflix original series based on the film of the same name which follows a group of students of color at a predominantly white Ivy League college. The series uses irony, self- deprecation and humor to highlight today’s issues.

We have come far. From only a few decades ago when homosexuality was considered a crime, an illness, a curse to now when we have this beautiful accepting community which is growing bigger and stronger and that’s because we lead with love. When our nation is more divided than ever, it’s important to focus on art and all the wonderful work we have created together. 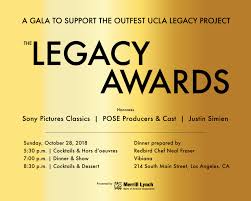 If you want to be a part of community and help raise funds to preserve and restore films, go to www.outfest.org/memberships/