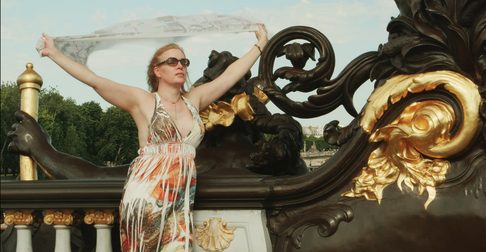 “This is Jessica” screening during Outfest at Harmony Gold on Sunday, August 15th

Los Angeles, CA (The Hollywood Times) 8/1/21 – Outfest returns to in-person screenings and events after having gone virtual in 2020 due to the pandemic. This year’s lineup includes nearly 200 films with more than 50 international entries. There will be seven world premieres and almost 150 shorts of varying lengths. Outfest 2021 kicks off on August 13 with the film adaptation of the London West End musical, Everybody’s Talking About Jamie, a biographical musical drama film directed by Jonathan Butterell. It is the story of Jamie New, a 16-year-old teenager who doesn’t quite fit in and manages to overcome prejudice, beats the bullies and steps out of the darkness to become a drag queen. Changing from the usual Opening Night Gala at the Orpheum in downtown L.A., this event hosted by Cinespia will take place at the Hollywood Forever cemetery, where outdoor film events are often held. Closing night on August 22 at the Orpheum Theatre will feature a screening of Fanny: The Right to Rock, a film about the first female rock band to release an album with a major label back in the 1970s. The evening will include a reunion performance by Fanny.

Centerpiece films include the Tribeca Film Festival prize-winner The Novice, a dramatic thriller directed by Lauren Hadaway about a young woman’s desire to be a winner against the odds in rowing competition.

Another film of interest which also screened at Tribeca is Emily Branham’s Being BeBe, a documentary about RuPaul’s Drag Race season one winner BeBe Zahara Benet, who grew in the African country of Cameroon and is well-known as an American drag performer, television personality, and musician. The premiere of Charles Busch’s The Sixth Reel is a comedy centered on a down-on-his-luck movie collector (Busch), who discovers a legendary lost film and becomes entangled in an outrageous adventure with an all-star cast to deliver it to the right hands before it is lost forever.

Of great interest to film buffs will be Jeffrey Schwarz’s Boulevard! A Hollywood Story, the true story of Gloria Swanson’s quest to star in a Sunset Boulevard musical and her relationship with the two gay men whose relationship flourished and crashed in the process.

Gemmel and Tim is a documentary about disgraced politician Ed Buck and the controversial drug-related deaths of two men in his West Hollywood apartment.

La QueenCiañera will provide a portrait of Los Angeles Latina transgender activist, Bamby Salcedo, hosting her 50th birthday and whose work is well-known in Los Angeles.

Joseph Sackett’s Homebody is a genderqueer body-transfer absurdist comedy about a nine-year-old boy named Johnny who sends his spirit into his babysitter’s body.

Another premiere is Right to Try, director Zeberiah Newman’s documentary short about casting director Jeffrey Drew’s participation in an experimental trial for an HIV cure – a film produced by Octavia Spenser. This film will be screened with Dante Alencastre’s AIDS Activist: The Legend of Connie Norman, a biographical documentary about the diversity and resilience of 1990s Los Angeles’ LGBTQIA+ community as seen through the lens of trans trailblazer and AIDS activist Connie Norman.

Andrea Meyerson’s latest documentary This is Jessica provides an engaging portrait of Jessica Bair, a longtime LGBTQIA+ rights advocate with Human Rights Campaign, shares her struggle to remain in her Mormon faith despite coming out as transgender.

Among the international narrative films will be Firebird, a film from Estonia in English by director Peeter Rebone, with an international cast including Tom Prior and Oleg Zagorodnii, and based on a true story about two men who fall in love at a Soviet Air Force base during the height of the Cold War in the 1980s. Javier Fuentes-León known for his award-winning film Undertow returns with a new comedy Las Mejores Familias (Peru), a biting upstairs-downstairs comedy about two sisters, Luzmila and Peta, who work as housemaids for next-door neighbors Alicia and Carmen, two aristocratic ladies in Peru. Phil Conell’s Jump, Darling (Canada) looks to be a humorous and moving film about a down-and-out drag queen who flees to the countryside to live alongside his sharp-tongued grandmother (Cloris Leachman) who finds herself in declining health and fears being sent to a rest home. 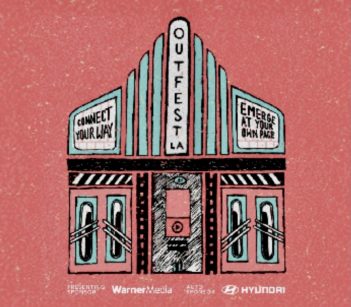 “We’re thrilled to be coming back in-person carefully and with intention to celebrate this amazing community, its stories and its resiliency and spirit with so many incredible films and special events,” Outfest executive director Damien S. Navarro. A variety of venues are being used for the live film screening and many of the films are available for viewing online as well. To purchase tickets to live screening and online viewing options, go to: https://outfestla2021.com/buy-tickets-passes/