Advertisement
Home Art Oscar-winning VFX Artists, studioADI's Alec Gillis & Tom Woodruff, Jr. announce new...
Facebook
Twitter
Pinterest
ReddIt
Email
OSCAR-WINNING VFX ARTISTS
TOM WOODRUFF, JR. & ALEC GILLIS OF studioADI
TO LAUNCH
THE studioADI COLLECTION
WITH 20TH CENTURY FOX CONSUMER PRODUCTS
THE HIGH-QUALITY FINE ART PIECES
WILL INCLUDE ALIEN³ AND ALIEN: RESURRECTION
HAND-CRAFTED WORKS OF ART
CREATED BY THE SAME ARTISTS AT THE SAME STUDIO WHO MADE THE CREATURES FOR THE FILMS
The studioADI Collection Will Initially Consist of Seven Unique Pieces Including: The Queen Alien Embryo from Alien³,
The 1/3 Scale Queen Alien Head and
The Newborn Alien Full Body Design Maquette from Alien: Resurrection
Los Angeles, CA (November 20, 2017) For 30 years, Los Angeles based Amalgamated Dynamics, Inc. (studioADI) has been the premier Creature Effects studio in the motion picture business. studioADI was co-founded by the Academy Award winning duo of Alec Gillis and Tom Woodruff, Jr. in 1988. The team has been responsible for 3 decades of iconic Creature Characters from the Alien and Predator franchises to the recent smash hit horror film IT. Today Woodruff and Gillis announced The studioADI Collection, art inspired by their iconic creations from Alien³ and Alien: Resurrection.
1:3 Scale Queen Alien Head from Alien: Resurrection
The studioADI Collection consists of high quality fine art pieces which are not mere collectibles replicated by factory workers. These are hand-crafted works of art created by the same studio and artists who originally created them for the films, from the actual molds used in the production of the history-making films Alien³and Alien: Resurrection.
“This is the collection designed for fans of these entries into the Alien franchise as well as aficionados of the art of creatures and monsters of iconic pedigree,” said Woodruff. 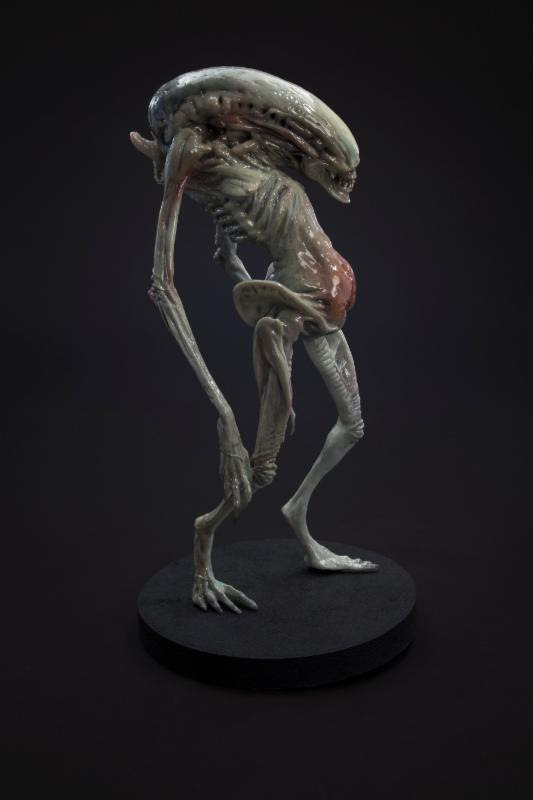 Newborn Alien Full Body Design Maquette from Alien: Resurrection
The studioADI Collection will launch on December 1, 2017 and the art pieces will initially be available exclusively at: http://studioadi.bigcartel.com/category/art
“The studioADI collection is our tribute to the films that have been an important part of our legacy as artists. Each piece of art reflects the same detail and passion we poured into the characters when we created the originalAlien films,” said Gillis.
Full descriptions and dimensions of all the art will be available December 1. Some pieces will be available as exclusive limited editions. The pieces will be priced from $250.00 – $4,000.00. 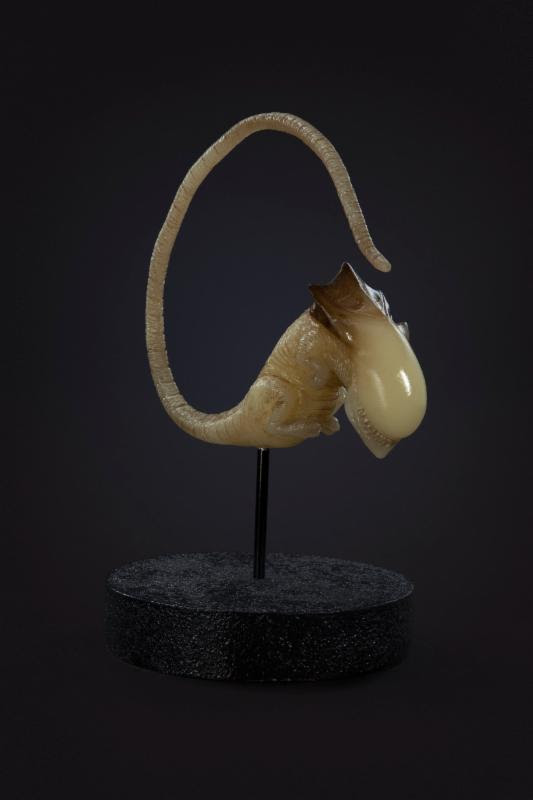 Queen Alien Embryo from Alien³
Below are descriptions of two items:
“The Newborn” from Alien: Resurrection was the terrifying mix of human and Alien DNA gone wrong. This Full-Scale Bust is cast from hand-laid translucent polyester resin from ADI’s original production molds and is painted to the same exacting specifications by ADI’s painter who painted the character for the original film. The piece measures 30″x20″x40″
“The Queen Alien Embryo” was seen in David Fincher’s Alien³ was nestled next to the beating heart of Ripley, played by Sigourney Weaver. Cast in translucent urethane and hand painted by the same ADI artists who created the piece for the film in 1991. At 7″ x 9″ this piece of art is perfect for desktop display.
The studioADI Collection launch on December 1, 2017 will include the following art pieces, which are all hand-crafted and individually made to order:
Queen Alien Embryo from Alien³
Newborn Alien Design Maquette Bust from Alien: Resurrection
Newborn Alien Full Body Design Maquette from Alien: Resurrection
Swimming Alien Study Model from Alien: Resurrection
1:1 Alien Warrior Half Head from Alien: Resurrection
1:1 Newborn Alien Head from Alien: Resurrection
1:3 Scale Queen Alien Head from Alien: Resurrection
studioADI will celebrate their 30th Anniversary in 2018, and the launch of The studioADI Collection is the first of many exciting announcements Gillis and Woodruff have planned in conjunction with this historic milestone! Always in-demand, they move into their 30th year riding high on the huge success of ITand their creature makeup creation for Pennywise, an instant iconic Movie Monster. Upcoming projects include Bright, Jurassic World: Fallen Kingdom, The Predator, and Godzilla: King of Monsters.
###
Official website: www.studioADI.com
studioADI Facebook:  https://www.facebook.com/studioADl/
studioADI YouTube Channel:  https://www.youtube.com/user/studioADI
About studioADI
We are Academy Award winning creators of special characters and character effects. Calling upon a diverse range of talents and techniques, we create prosthetic make-ups, animatronic puppets, actor duplicates and replica animals. With over twenty-five years of professional experience, we bring “real” character effects to the set to interact with actors, lighting, and practical atmosphere. We pride ourselves on working with the industry’s leading cgi companies to find the right balance of digital and practical effects. We continue to provide film-makers with realistic and economical character effects that best serve the story and the production.
About 20th Century Fox Consumer Products
20th Century Fox Consumer Products licenses and markets properties worldwide on behalf of 20th Century Fox Film, 20th Century Fox Television and FX Networks, as well as third party lines.  The division is aligned with 20th Century Fox Television,the flagship studio leading the industry in supplying award-winning and blockbuster primetime television programming and entertainment content and 20th Century Fox Film,one of the world’s largest producers and distributors of motion pictures.