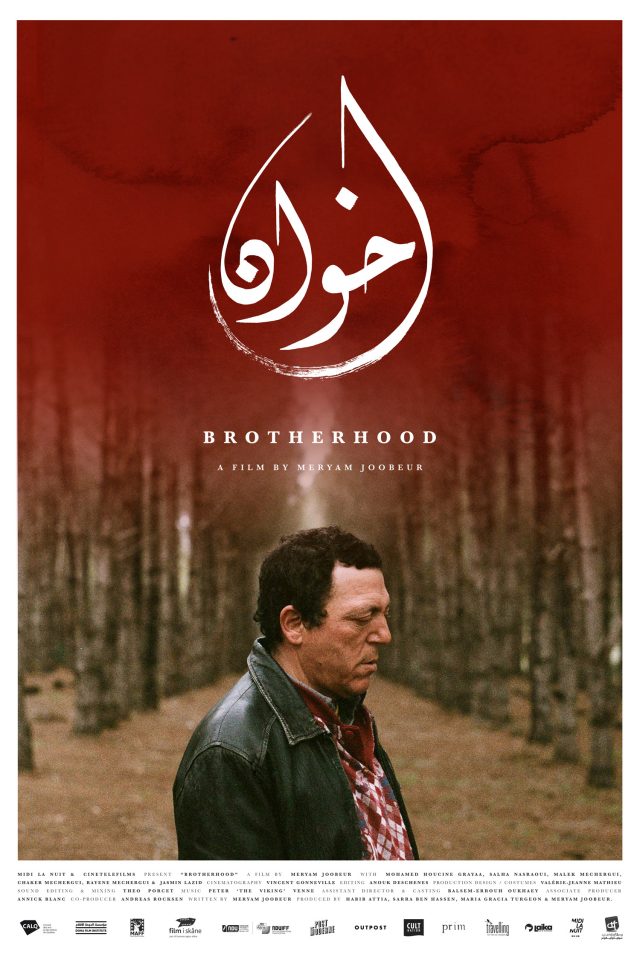 Los Angeles, CA (The Hollywood Times) 11/26/2019 – Award winning writer/director Meryam Joobeur uses her multicultural- Tunisian, American and Quebecer  – perspective in Brotherhood to explore the widespread ramifications of the Islamic State on even the most remote areas of the world.

Her previous films include the 2012 documentary short Gods, Weeds & Revolutions and 2017’s live action short Born in the Maelstrom, starring Sasha Lane. This live action short film, Brotherhood tells a poignant story of a rural Tunisian father caught in between loyalty to his family and his rigid moral principles. It has been sweeping accolades at film festivals around the world winning 45 awards and selected for over 130 international film festivals including TIFF and Sundance! Brotherhood has achieved five high profile awards at Aspen, Melbourne, Short Shorts Japan, Indieshorts and San Francisco International Film Festival.

Meryam Joobeur: I’m a Tunisian American filmmaker and have called Montréal home for the past ten years. My filmmaking is very much defined and inspired by these three places/cultures.

Did your upbringing influence your decision to become a writer?

Meryam Joobeur: I always loved storytelling and would beg my grandmother to repeat the Tunisian folk tales of her childhood. This love for storytelling naturally translated into writing/directing once I was exposed to cinema.

What is it about film that intrigues you?

Meryam Joobeur: The first time I held a video camera was in High School and I fell in love immediately with the richness of the medium and how it intersects so many art forms and subjects. I love the possibility of breaking barriers between realities and cultures cinema. With each film, my admiration for filmmaking deepens as I learn more about the world and myself through the process of bringing a story to life on screen.

What work are you most proud of?

Meryam Joobeur: I am most proud of the intimate collaborations that I have formed in the past couple of years. I consider my close collaborators as a family and we’ve exchanged knowledge, lived profound experiences and grown immensely together. I am of course proud of the films we’ve made together but it’s been the process of creation in between that has had the most impact on my identity as a Filmmaker.

Are there recurring themes in your films?

Meryam Joobeur: I like to use the story of a single-family as a microcosm to explore wider societal questions, whether it’s radicalization, as was the case in Brotherhood (2018), or the relationship between gender and racism in my previous short Born in the Maelstrom (2017).

Thematically I’m drawn to problems of communication, characters that do not fit the norm and the struggle between loyalty to community versus family.

Tell us about “Brotherhood.” Why did you decide to write this?

Meryam Joobeur: The journey of Brotherhood started with a chance meeting in February 2016 with two red-haired Tunisian brothers, Malek and Chaker, in rural Northern Tunisia. It was my first time in the north of Tunisia and I planned a weeklong road trip to discover more of my country. On the third day of the trip, I spotted two brothers leading a flock of sheep across a lush green hillside. The contrast of their unique faces filled with freckles against the green landscape immediately struck me and I stopped the car to see if I could take their photograph. Malek, however, was protective of his younger brother and refused. I continued on my trip but was deeply marked by their faces and the mystery of their lives.

During this trip, I also learned that a neighboring town Sejnan had experienced a surge of radicalization post the Tunisian revolution in 2011 that ousted the dictator Ben Ali. A higher than average percentage of men from the Sejnan region had gone to Syria. This knowledge and the encounter with the brothers became the basis for the narrative of Brotherhood; a story where the eldest son of a rural family returns home from Syria and the consequences his return has on the family. I knew I wanted to address this social issue through the intimate lens of one family and I also knew that I wanted Malek and Chaker to act in the film.

So… A year later I went searching for them without knowing their names and where I had found them. I searched from village to village asking random strangers about the two redheaded brothers but was met with puzzled expressions or no leads. Then miraculously, with hope almost fading, I managed to come across the exact location where we met and found a shepherd who pointed out their house. Excitement and nerves built as I landed on their doorstep with the script for Brotherhood. In my script, I had written a role for a third, much younger brother that I thought I would have to cast but to my surprise, the first person to emerge from the house was their youngest brother, the eight-year-old Rayene, with the same red hair and freckles.

At first, they were baffled by my sudden appearance and acting request but I never doubted my instinct that there was something special about them and the bond between us deepened in the weeks leading to the shoot, which took place in March 2018.

Did you learn anything about yourself during the film?

Meryam Joobeur: As a Filmmaker, there is nothing more rewarding than seeing collaborators pour their hearts and soul into bringing your script to life and feel transformed in some way. I feel that we all came out of the experience of making Brotherhood transformed positively. My transformation was the experience of deeply and viscerally understanding the meaning of faith and listening to my instinct.

“Brotherhood” is getting sweeping accolades at film festivals around the world winning 45 awards and selected for over 130 international film festivals including TIFF and Sundance. “Brotherhood” has achieved five high profile awards at Aspen, Melbourne, Short Shorts Japan, Indie shorts and San Francisco International Film Festival. Why do you think this film is getting so much attention?

Meryam Joobeur: From what I have heard from audiences, the international resonance of brotherhood is because of the universal themes that the film explores and the actors’ soulful presence on screen. As a creative team, we came together with the sole objective of being as present and loving as we can in the process of creating the film. I like to think that audiences feel this intention and energy.

Did you go through challenges while filming?

Meryam Joobeur: As with any film, there were challenges in making Brotherhood. The main challenge was the shooting conditions- no running water on set, extreme cold and strong winds, and a small team with a lot of responsibilities to be shared. However, the creative experience of working with the actors, cinematographer Vincent Gonneville, sound engineer Aymen Labidi, and production designer Valérie Jeanne Mathieu was so rewarding that the tough shooting conditions became negligible to all of us.

Meryam Joobeur: I’m developing Brotherhood into a feature film! The narrative approach is going to be very different but it will have the same lead cast. I’m excited about deepening the collaboration with the actors and creative leads.