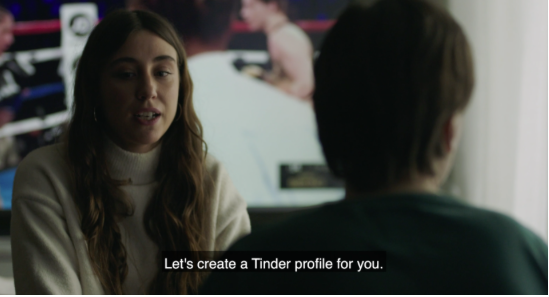 “Jimmy likes to study and listen to people around him, capture the reality and give it a funny twist.” How has this translated into your films?

Almost all of my films come from reality, stuff I have listened to and seen. I collect situations, sayings, and behavior. I save them and make them my own, turning them into characters, scenes, and stories. The funny twist would in this case be the perhaps comedic lines I tend to put in here and there.

How do you switch gears from writing comedy to a dark drama?

I think drama is very related to comedy and I think they are dependent on one another. Even if it’s a very dark film you can always try to fit in a very subtle comedic touch of something. It could be just something that makes you smile really, something you can relate to and that also awakens the sympathy of things and that is important. Comedy can make any character seem even more alive. For me, I like both genres very much but If I have to choose, I would go for drama. In Alive for instance there are a few notes of comedy in the dialogue and that is something that comes naturally to me. I am both very dramatic and funny as a person I guess so it is not a matter of switching for me really.

Tell us about your new film, ALIVE.

I heard a similar story in a podcast I felt that this story could be a good drama. Then I thought about it in a bigger sense. I started to think about prejudice against disabled people, I dug deeper into how people think of disabled people and I wanted to challenge myself and the audience by creating a character ( Ida ) who represents us, the audience. That we think we know best because we take care of them. I wrote the script in like 90 minutes at the Munich airport while waiting for my transit. Obviously, that’s quick and I was surprised myself it went that fast but after I had thought of the podcast for a few days it made sense and I guess it was meant to go that quickly given the fact my mind was invested in the subject. I have always been strong at writing dialogue and as soon as I had the main scenes, there are two main scenes. When I nailed them, everything else fell into place instantly. It’s just about structuring it correctly. Then it’s rather simple actually. But after finishing it I felt unsure if it was an award-winning script or not. I sent it to my Producer and he said that we should try to make it on our own. Our last film 2nd class was very successful so I guess he trusted me again with this script that I would pull it off with the right cast and the right direction. I felt like I wanted to make a strong piece on the festival circuit close to 2nd class success. I wanted to keep momentum and show that I am a productive filmmaker but also a talented one who can deliver piece after piece. We shot it with a minuscule budget for two days and after we had the first cut I was very pleased with the fact that we have an even better film than 2nd class. 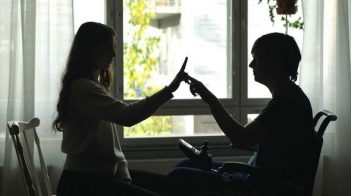 How is ALIVE timely?

It is timely firstly because it is about a disabled person for once. We are invited into a disabled person’s mind and that is something we rarely see and also since the pandemic it has been even more timely because of the loneliness aspect of it. I think people can appreciate how other people are experiencing the current situation and that goes for all of the lonely souls out there, not just the disabled community but all of the minorities that are in need of our help, attention, and love really.

You are developing three features and two TV-series.

Yes. It is very hard to finance stuff so I have written two feature scripts in the last three years. One is based on the last short film I made called 2nd class. It’s about a woman of color who works as a teacher and she connects with this boy in class who is into music as she is. One night when she is out with friends she is attacked by a neo-nazi and she is badly hurt. When she comes back to school she finds out that the boy in school is the son of that neo-nazi. I’m actually hoping to shoot that film in the states so if there is a producer out there who would be interested I’m all ears. One of the series is a big period piece set in the late 19th century Stockholm and that is going really well. And one series is a mockumentary series.