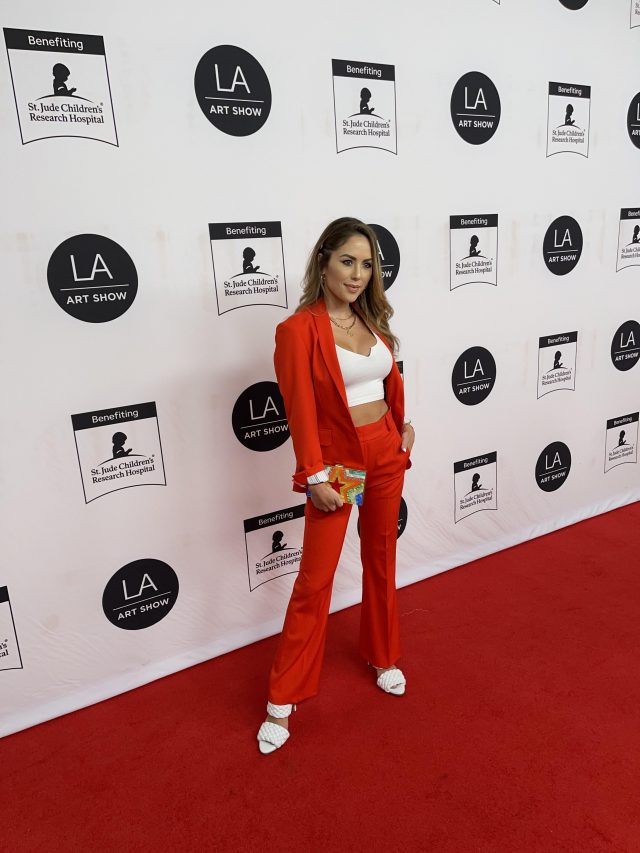 Check her out at the LA Art Show

Los Angeles, CA (The Hollywood Times) 7/21/21 – An accomplished artist, model, host, and UFC’s Octagon Girl, Brittney Palmer is a modern-day Renaissance Woman. A veteran of the entertainment industry for over a decade, Brittney is driven by her passion to immerse herself in art, whether it’s the art of painting, music, dancing, or jiu-jitsu.

A professional model and entertainer since the day she turned 18, Brittney was ready for the spotlight. Growing up in Las Vegas, it’s impossible not to gravitate toward the glitz and glamour of the live shows on The Strip. In four short years, she left her mark: first appearing in V Ultimate Variety Show, followed by a featured act in Jubilee, then as a magician’s assistant to Nathan Burton, culminating as the lead dancer in X Burlesque at The Flamingo Hotel and Casino.

As a featured personality for the past eight years, this Ultimate Fighting Championship Octagon Girl is woven into the fabric of the mixed martial arts world. With over 100 million worldwide viewers for each event, Brittney is cage-side, preparing to balance the beasts with her beauty as she readies everyone for the next round of action.

In a sport with very few female personalities, the thousands of sports and entertainment media outlets that cover MMA worldwide everyday seek Brittney’s unique perspective. From her days circling the cage with World Extreme Cagefighting, Brittney has been at the forefront of a sport that’s exploding in popularity across the globe. She’s been featured across a plethora of media such as: Playboy, Maxim, FHM, Fitness Gurls, Inside Fitness and more.

Painting the majority of her life, Brittney is now a contemporary artist known for her vibrant abstracts and portrait depictions of pop icons. She studied classic portraiture at UCLA and attended Brentwood Art Center. Her use of bold color and gestural emotions commands the attention of many prominent private and hotel collections today. Her original artwork has also been featured in popular shows and charity auctions around the globe.

Lives and works in Los Angeles