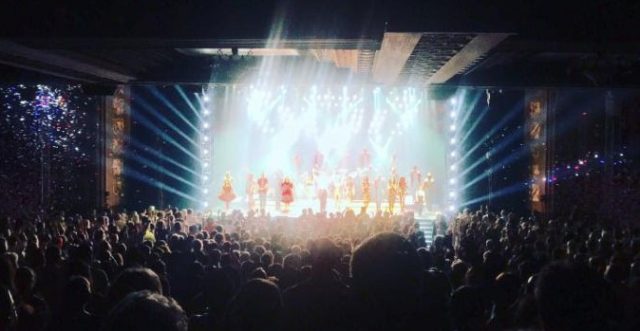 July 11, 2018, Los Angeles, CA (The Hollywood Times) – The Tony Award nominated ON YOUR FEET opened at the historic Pantages Theatre on Hollywood Boulevard last night. The musical features and celebrates the music of Gloria Estefan and the Miami Sound Machine. Emilio & Gloria Estefan were in attendance at the LA  opening. The show runs through July 29th, so get ON YOUR FEET and get your tickets now through Ticketmaster or at the Pantages Box Office.