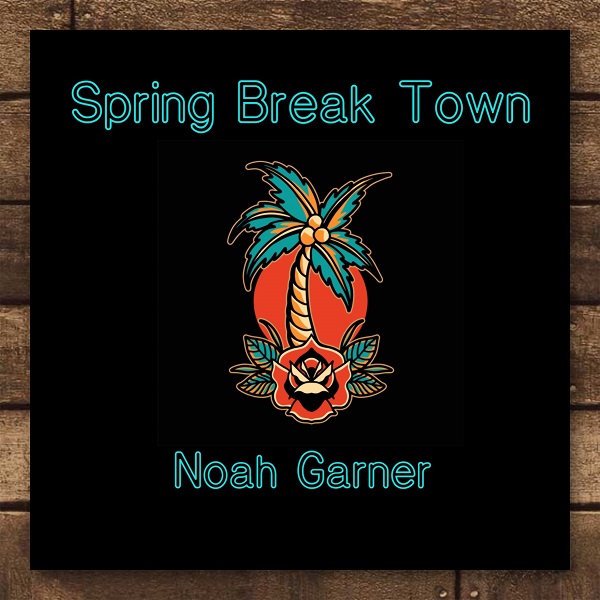 NASHVILLE, Tenn. (April 20, 2021) — Noah Garner, an on the rise Country music singer/songwriter has released the official video in support of his current EP and featured single of the same name, “Spring Break Town.” The video was premiered by AIM MUSIC, and it was also featured on Nashville Country TV. The message to viewers is the hope it brings up memories for people of that one time, with that one person, in that one special beach town that they never want to forget. Video content was captured in Panama City Beach, FL featuring Garner with special guest Damara Coniglione by ThreePartFilms and directed by Jordan Marking. Watch the video on the Noah Garner Music YouTube Channel.

The story behind the video is a guy meets an amazing girl while on Spring Break and has one of those hot, fast burning loves. She has to leave back home, but she never leaves his mind. When he returns to perform a show in the same town, she goes back too, and comes out to his show, and they reconnect

Noah wanted to highlight some iconic places in and around Panama City Beach with the visuals and the production team did an amazing job capturing footage in six locations all in one day.

“The artist and team for Noah Garner are a powerhouse of talent and beautiful humanity. They are fun to work with, professional and genuine people that I will always say yes to working with,” shared ThreePartFilms – Jordan Marking. “After working with them, it always feels like family.”

“The story and video for “Spring Break Town” basically made itself as it is built into the song and it is so easy to understand, everything just fell into place perfectly,” stated Noah Garner.

The upbeat Summer anthem was co-written by Noah Garner and Lenny Pey, produced by Michael Cruz and Buddy Hyatt and recorded at Freeway Sound Studios and Music City Trax. Distribution is being serviced by Mercia Records/Sony Orchard. Music is available for download and streaming here.

“I wrote this song because I have lived and heard the stories of many people that had experienced the excitement of Spring Break. I lived in Panama City Beach for ten years, and I was able to add my own personal story to it,” shared Noah Garner. “I came up with the idea when I was talking to my mom and best friend about Panama City and said the words “it’s nothing but a spring break town” and I ran with the idea. It is the first song that my good buddy, Lenny Pey, and I worked on together.”

About Noah Garner:
23-year-old Nashville Recording Artist, Noah Garner, began singing and playing guitar at the age of six. He grew up in the small rural town of Dade City, FL. where his love of country music started at a young age while riding around in his grandfather’s truck singing along with the radio. He auditioned for American Idol when he was just 16 and received the golden ticket advancing him through to the Executive Producer round. It was during this time that Noah had the opportunity to do live radio performances and interviews and his radio presence was discovered. One week after graduating from high school, Noah was offered an opportunity to play on the infamous Broadway in Nashville. He left home three weeks later and made the move to Nashville to pursue his dream of making a living doing what he loves and soon discovered by National television star and Nashville recording artist, Big Smo. Noah toured as acoustic and vocals with Smo and the title track to his 2018 debut EP, Off the Hitch, was a collaboration project with Smo.

His first single, “Is It Raining Where You Are”, was released to commercial radio in August 2017, followed by his second single, “It’s a Huntin’ Thang.” All proceeds of this release were donated to non-profit, Camo Dreams. Noah’s six song EP, Off the Hitch, followed in 2018 with great appeal to listeners.

Noah considers some of his most important work to be with charities that he serves and donates his time to, including, volunteering as a music therapist with special needs children, He is a Music Ambassador for Camo Dreams, Inc. which takes special needs and terminally ill children on dream outdoor adventures and offering his time and talent to Musicians on Call, providing music experiences for hospitalized patients.

In 2019, after several years of cutting his teeth in Nashville, he began concentrating on touring, taking him through Colorado, New York, North Carolina, Indiana, Alabama, and Florida. He recently made his Whiskey Jam debut, Bluebird debut, and is joining writer’s rounds all around Nashville. Noah has opened for Ashley McBryde, John Rich, Lonestar, and Jason Michael Caroll and is known for his energetic stage performance and ability to connect with his crowd.

Currently, in studio recording his highly anticipated debut full length album, Pieces of Me, he released the first single off that project, “Gotta Get To You,” in the Fall of 2020 and “Spring Break Town” in March of 2021 off the EP with the same name. Noah has signed to a global distribution deal through Mercia Records/Sony Orchard. Keep up with all things Noah Garner at noahgarnermusic.com.