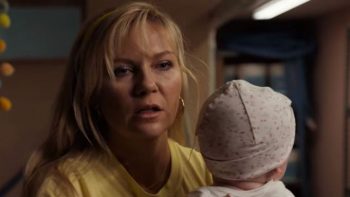 Beverly Hills, CA (The Hollywood Times) 8/7/19 – For the love of money! Kirsten Dunst produces and stars in the newest Showtime dramedy On Becoming a God in Central Florida. Accompanied by fellow co-stars, executive producers and show runners, the cast discusses the premise and the detail that went into this off-beat yet captivating new series at the Showtime TCA press tour!

As early as the 1980’s, the phenomenon of Multi-level marketing has made the vow to Americans- often lower class, marginalized Americans- the promise of heavy cash flow, notoriety, and the multitude of perks that the American Dream attempts to convey. However, Robert Funke and Matt Lutsky, and executive producer and show runner Esta Spalding, did extensive research into the machine that is MLM. Show runner Esta Spalding laments, “All the research we did, everything we looked at, [multi-level marketing schemes] are all about people being asked to monetize their relationships. […] the scheme is really, really important in the show, but the scheme is also just about the fact that everyone on the show wants something more for their life and that there’s no way they can get that working for minimum wage in 1992. That’s when really Americans were betrayed the working class couldn’t earn a living that they could sustain and feed their families with. So they’re all reaching for something else, and the schemes move into that. But this show really lives in the world of people just trying to be happy in their daily lives, and they’re being preyed on.” 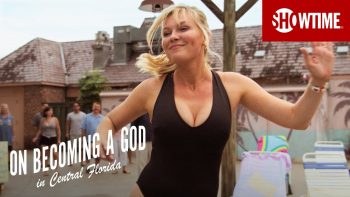 While Becoming a God analyzes the lengths of which people will travel to uphold the capitalist and obsolete American dream, the creative decision to set the series in Florida also plays a huge part into the real world value of the dramedy. Funke explains, “The thing about Florida that I think we wanted to set around Orlando is that, I think, it’s really sort of an inhabitable, unbearably hot swampland that we just built an enormous theme park and cartoon mouse based economy on that made everyone in the world want to go there but not live there. And I think it’s that sort of mix of it being so uninhabitable with it having this really, really kind of purely human generated excitement around it that’s drawing people. I think we’re able to sort of find this kind of eerie half-artificial world, half kind of dangerous swampland, and it just was the perfect place to put this show.”

Take a look for yourself at just what these characters will do for the almighty dollar on August 25th on Showtime 10pmET/PT!