Los Angeles, CA, (The Hollywood Times) 5/15/2018–“I’m so excited to be joining the amazing OFF SCRIPT production team. I can’t wait to dive into interesting conversations about film with some of my most respected peers in the entertainment industry,” said Jamie Foxx.

Off Script with host Jamie Foxx, is like a home cooked meal that is shared with your closest friends. A sense of comfort and familiarity is what viewers can expect as Foxx joins the talk show circuit with a nine-part series of brief but insightful interviews with talented celebrity guests this season.

Typically, talk shows are an hour long and the format varies. Off Script, produced by GREY GOOSE (Iconoclasts), in partnership with JASH, a Group Nine Company, and The Sunshine Company, is an online talk show and can be thought of as “celebs in the raw.” Foxx gets right to the heart of the matter, if you will, as he conducts his one-on-one interviews from a comfortable, custom built trailer fitted with a blue crushed velvet couch.

Guests are free to talk about life, success, films, those who inspired them, and any other topic they choose-“off script.” Granted, ten to twelve minutes does not seem like a lot of time, but lives can be changed in just a few moments of insightful and inspiring conversation.

“What I love most about this series is that viewers are going to walk away feeling inspired by the personal stories from our guests and the movies that influenced them.” Jamie Foxx

To date, three episodes have aired and can be viewed on www.greygooseoffscript.com. Foxx’s first guest, on the premiere episode, May 4, was Chadwick Boseman of Black Panther fame.

Life of the Party’s, Melissa McCarthy joined Foxx on episode two of Off Script. The two talked openly about different moments in her life that led her to where she is today in her life and career.

Foxx, “You don’t cuss a lot, do you?”  The question is asked because of a scene Foxx marveled over in the film, This is Forty where McCarthy is seen cursing extensively.

McCarthy says she does not remember 82% of having done it. The anger needed for the scene apparently came from her living in NY in her twenties. She tells the story of how a very big rat ate through a tin can that was stored in a kitchen cabinet and how it set her on a path to eliminate the foul creature from her apartment. That experience is one that helped her draw on the anger needed to express herself in the film.

Talk continues about her Oscar nomination, who she would have on an island with her and her favorite singing artist. McCarthy and Foxx both include Prince on their list.

Life of the Party opened, May 11th.

On his third show, Foxx was joined by Gabrielle Union whose newest movie, Breaking In premiered over Mother’s Day weekend. Union and Foxx talked candidly about the movie that changed her life, self-worth, and her career.

Foxx, “What movie changed your life?”

Foxx is slightly stunned, expecting a different answer. Union says she has always loved a musical. “The idea of music and hot girls… I was raised kinda sheltered and nice girls do xyz. And I was like, nice girls don’t look like they are having a lot of fun.” The movie changed everything for her, says Union.

Foxx asked Union when has she been the happiest and her reply was that she is the happiest now. “I’m at an age when people told us, there would be nothing for us.” She rejected that thought and about two years ago began working on her self-worth and her world has opened up. Union believes that when most careers are starting to shut down, her’s is taking off at age 45.

At one point in the interview, Foxx asks for Union’s thoughts on the importance of those in her position standing up for what they believe in, particularly in light of the current social environment. Union has a no holds barred mindset concerning speaking her truth, what she believes to be right. This has garnered death treats against her. She says, “I just speak my truth. When you speak your truth as a woman of color, the venom, not just nasty comments… I’m talking about, “Die expletive.” “I know where you live expletive.” …And because you don’t know how nuts people can truly be, you have to take everything at face value.” 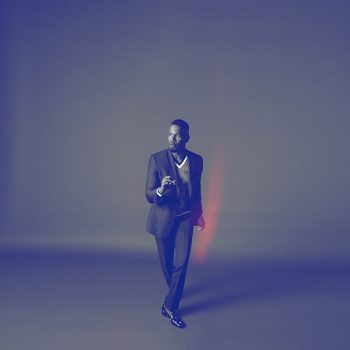 The flow of the online talk show is well paced and I recommend it with caution due to the language expressed during the interviews and the consumption of alcohol. If you are interested in getting a candid view of your favorite celebrity, you will want to tune into the show.

The Off Script series runs from May 4th to July 19th.

Guests scheduled to join Foxx on the couch, Live, are:

Mark your calendars and tune in.