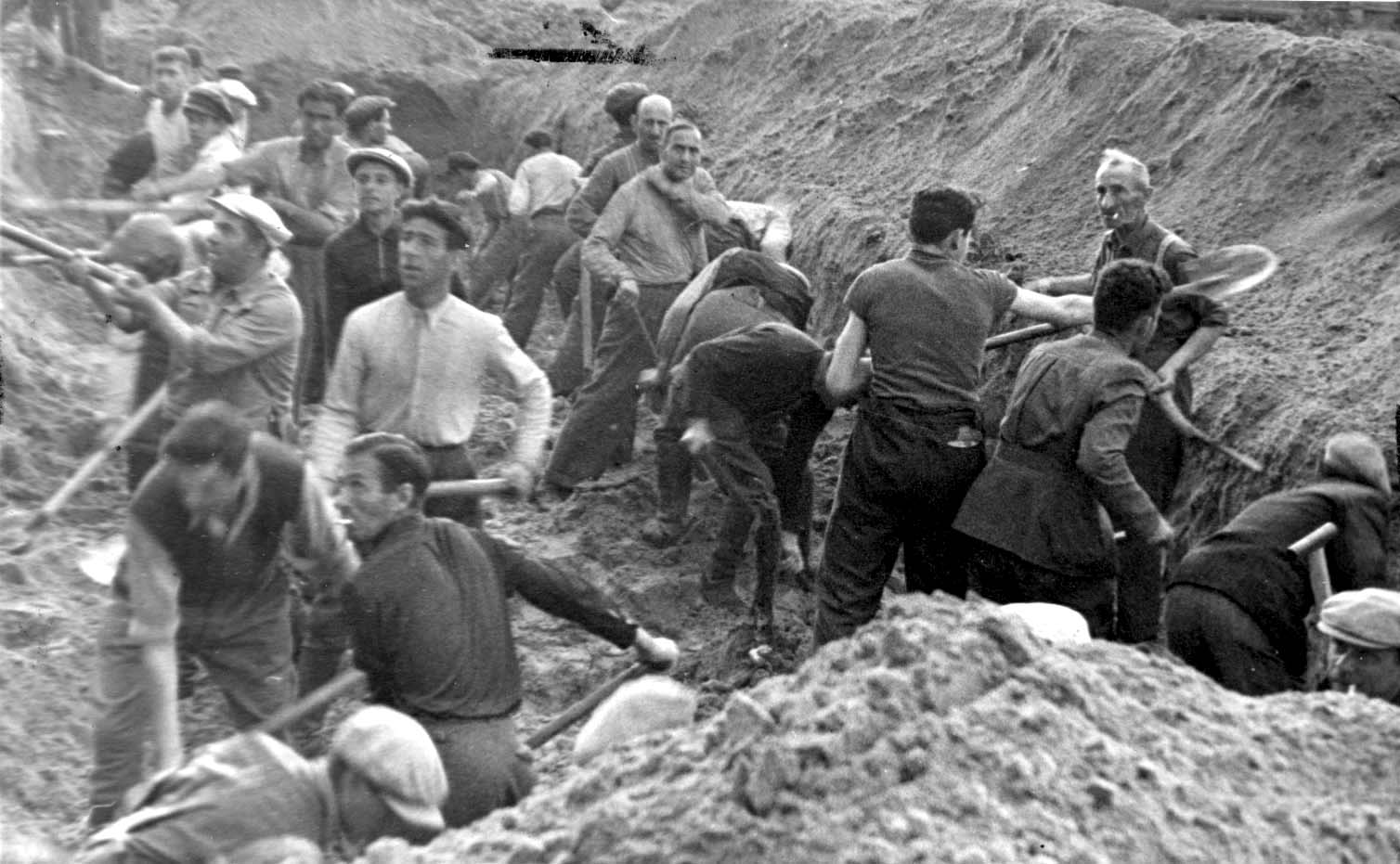 “These discoveries are stunning examples of how modern technology has enabled us to bring to life a legendary lost civilization and preserve a lasting and undeniable record of a dark time in history.” Paula Apsell

Pasadena, CA (The Hollywood Times) 4/20/17 – Nova on PBS has built an impeccable reputation for its documentaries on science and history. With its Wednesday night premier of Holocaust Escape Tunnel Nova took a proactive role in making news rather than just researching and reporting it.

The story starts in Vilna, Lithuania; referred to as ‘Jerusalem of The North’ – a picturesque town that was a center for Jewish culture. Ten days after the Nazi invasion in June of 1941, Nazis began taking the Jewish citizenry outside of town to the Ponar Forest and began systematically shooting and murdering them en mass, burying their remains in death pits. 70,000 Jews and an additional 30,000 “undesirables” were killed there during the Nazi occupation of Vilna. The dreadful efficiency of the mass murders is cited by many historians as the tipping point which bolstered the Nazis belief that a complete genocide of the Jews was actually possible.

Fast forward to 1944 as the Russians were closing in to capture the town for the allied forces. The Germans recruited a team of Jews (76 men and 4 women) to exhume the bodies from the burial pits and burn them in order to destroy the evidence of the war atrocity before the enemy took the town. Over the course of months the conscripted workers realized that the end of their work meant the end of their lives and started digging a tunnel for escape using spoons, improvised tools and their bare hands at the bottom of the death pit. On the last night of Passover on April 15, 1944, the “Burning Brigade” attempted an audacious escape. Twelve prisoners made it through the 100 foot tunnel under the feet of their Nazi overseers. Eleven survived the war to give testimony to this amazing event.

Enter Nova and its expedition team. Initially tasked to find the Great Synagogue of Vilna, the location of the escape tunnel’s entrance was generally known but the existence of the tunnel was never mapped or verified until Nova and its team used high-tech, noninvasive mapping equipment capable of finding the tunnels absent the blunt force trauma of physical excavation.

Nova, PBS and the expedition team jointly announced the discovery of the escape tunnel in June, 2016. The publicity associated with the discovery caught the attention of several descendants of the escape who reached out to Nova to tell the story of their family member’s courage and ingenuity. 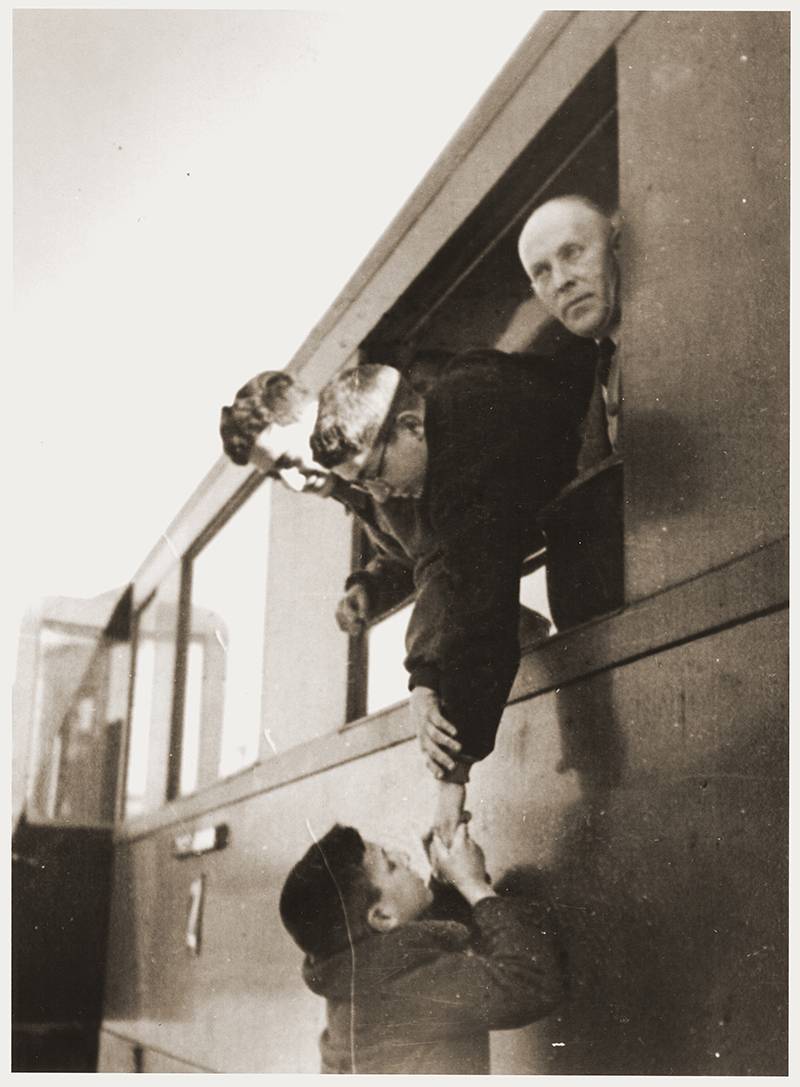 With this production, Nova and PBS have extended their reach far beyond that of the standard Television documentary.  Nova and PBS are now major players in providing a missing link to the essential and gruesome history lesson that is the Jewish Holocaust.  Viewing Nova: “Holocaust Escape Tunnel” confirms the necessity of Public Television in our lives (while at the same time) might indicate some of the darker motives of an alt-right executive branch bent on exterminating Public Television funding in perpetuity.

The TCA, THT and others had the opportunity to speak with PBS and the Producers and participants of Nova: “Holocaust Escape Tunnel”. Abe Gol, son of Holocaust escape tunnel survivor Schlmo Gol; Dr. Richard Freund, professor of Jewish History, University of Hartford, who led the international team that discovered the tunnel; Hana Amir, daughter of Holocaust survivor Motke Zaidel, who escaped through the Ponar tunnel; producer and director, Kirk Wolfinger. NOVA’s senior producer Chris Schmidt, and  producer and writer Owen Palmquist.

Dr. Richard Freund talked about the discovery and confirmation of the tunnel’s existence.

So they knew from the testimonies that there had been a tunnel. There were testimonies of how it was done, but in 2004 and they tried multiple times after the war to find this escape tunnel. The problem is it’s in the middle of a massive cemetery, burial pits. So they really didn’t have the ability to use traditional archeology to do anything but open up the entrance. So they knew where the entrance to the tunnel was in 2004, but they could not, and they did not, do anything but indicate where it started. But they couldn’t figure out how would you actually trace something that’s 20 feet below the surface in the midst of burial pits.”

Dr. Freund went on to describe the technology that allowed the team to verify the existence.

Abe Gol described how he learned the details of the escape from his father Schlomo Gol and how they were disseminated to the world.

ABE GOL: “Growing up, my father was very reluctant to talk about it. I guess he didn’t want for me to be stigmatized, or whatever his reasons were, for not knowing about it. The thing that helped me also understand what was going on, there were five of the survivors that lived in Israel at the time. I lived in Israel for the first 14 years of my life, and they would gather every year on the last night of Passover at somebody’s house and relate stories.

I remember from the age of 6 and 7, I would try to sit at the table with them as they were retelling everything wanting to learn, but I was constantly chased out of the room. And as I got older, I was able to get closer, also was able to get my father to open up more about it. There were a couple of other accounts that my father related. One was in a book written by a writer that also survived Vilna, not the tunnel. His name was Avrom Sutzkever. He wrote a book and detailed a lot of what my father had told him firsthand. And it was a book written in Israel about all the ghettos and the concentration camps, and there was a piece that my father wrote in that book called Escape From Ponar.

At the age of 15, I managed to translate it from the Hebrew to English, and it was just a straight account of everything that he had told me what had happened and how things happened. I found a lot more details since this find that Dr. Freund had discovered lately, so it’s gotten a lot more open and a lot more understanding of what was going on.”

Producer Kirk Wolfinger talked about the original inspiration that brought them to Vilnius.

KIRK WOLFINGER: “We were focusing on the uncovering of the Great Synagogue in Vilnius, and that was the focus. We knew we were going to go to the killing fields of Ponar. We knew that the tunnel was rumored to have been there. As the film depicts, it was almost by accident, just doing a couple of tests, transects of the technology, that we found it. So it was an incredible surprise, which was picked up by the news around the world, and thanks to Dr. Freund and his technology.”

Dr. Richard Freund described how luck factored into the discovery of the tunnel.

Did they even know where it was? It was in the middle of the forest. Also, they asked, “Can you help us to see if it’s possible to find this legendary missing tunnel?” And using that technology is a perfect example of why noninvasive archeology can solve so many problems without having to keep digging up places and violating the victims’ last resting place. And when we found it, the geophysicist who had I have to say, these geophysicists are basically looking for gas and oil all year long, so to look for something historic like that was so amazing, so improbable, and that NOVA was there was really a tremendous bonus.”

Apple TV+ to premiere “City on Fire,” latest series from creators Josh Schwartz and Stephanie Savage, on Friday, May 12, 2023