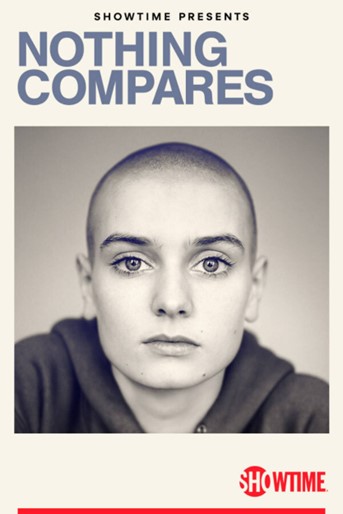 Georgia (The Hollywood Times) 10/7/22 – “Nothing Compares” is probably the most beautiful documentary I have ever seen. I subscribe to Sinéad O’Connor’s Philosophy. “Do what is right, damn the consequences.” Sinéad got famous and then used her platform to speak out against injustice. Then she lost said music career because the press wasn’t nice to her.

The cinematography was a lot of footage from her career and her talks with the press. She tackled the mistreatment of women in Ireland, the catholic church’s abuses, the way that blacks were oppressed in the US. The voiceovers of the psychological effects that the press had on her, by her, her husband, and her friend were sad. She handled every question humanely and I think respectfully. The press was hostile towards her for voicing her opinion. Overall her career paved the way for artists to speak out against injustice. Kind of reminds me of Dr. King. Because as soon as she spoke out she was treated poorly which led her to double and triple down on her attitude. When she did, her career was over and that is by far what being a leader is.

There was a certain group of individuals I had problems with in college and I wasn’t going to oblige to whatever they said. Because my over protectiveness kicked in, as I didn’t want these individuals to have a philosophy of “boys will be boys.” I got called in a couple times to student life. I wasn’t the nicest guy to that set of individuals. To everyone else, I was the nicest person around. But to them I was a thorn in their side. But damn the consequences. So I bring that up to say I will always stand up for what is right.  This film was a wakeup call to keep being myself no matter what.

It gets five stars from me.