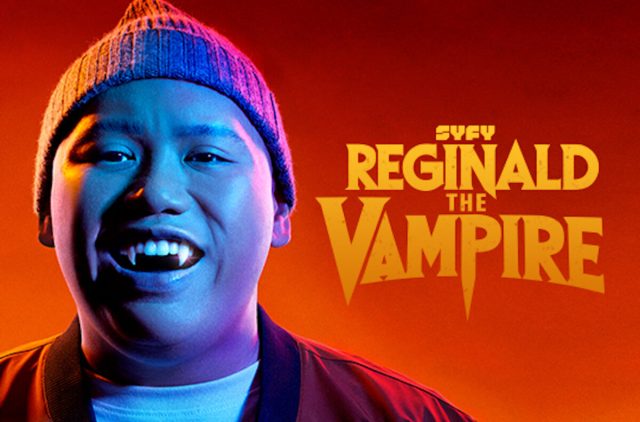 Los Angeles, CA (The Hollywood Times) 9/20/22 – Reginald the Vampire is SYFY’s newest series based off Jhonny Truant’s Fat Vampire books. The series stars Jacob Batalon as an unconventional vampire on a quest to discover his supernatural powers while dealing with work related issues, romance, and conventional vampires that want him dead. 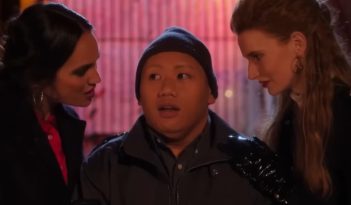 During last week’s TCA (Television Critics Association) press tour Batalon was asked if he had any idea what it would be like to play a vampire prior to assuming the role and does the role live up to his expectations, he said “Yeah. I think, you know, we all sort of have preconceived notions of what it’s like to be a vampire, you know, like, in movies and in TV, and whatnot. But I think Harley and our producers have absolutely made a great show and a great story, to which we put those tropes on its head, you know? We make sure that we base it mostly in reality and not the vein idealism of vampires only being beautiful and vapid and don’t do anything else with their lives. But we assumed that there would be a lot of blood and there definitely was a lot of blood that got in bad crevices, I will say. That was something I was expecting, but it was a lot worse, but in a fun way. Other than that, no, I think that, you know, we don’t have shiny skin, you know. We don’t really, like obviously, me, I don’t have long, flowing hair. I’m not really tall. But here we are. I’m the hero of the story.”

Showrunner Harley Peyton touched on how this series will stand out from other vampire shows, “Well, I mean, first, I think, tonally. But I think that, for us, the world, in part, that was created by Johnny Truant in the original book really faceted this sort of interesting dichotomy between the vampire world, where vampires are vapid, vain, runway models; right? That’s who they are. They seek a kind of perfection that’s all about beauty, and that’s where we get into issues of body shaming and body positivity. And Reginald, of course, just doesn’t fit the mold. So, I think that’s something that we follow and work with, whether it’s text or subtext, and I think that’s different from anything I’ve seen before. In other words, it’s really the vampire society, the love bureaucracy, they love to look in a mirror because they can see themselves in there, and it’s all about that conflict between what we think of as beauty and what we think of as sort of inner truths and, kind of, the beauty inside us. So that’s what made it fun for me, certainly as a writer. 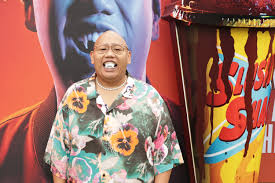 This hour-long series will premiere on SYFY Wednesday, October 5th at 10:00 p.m., following the Season 2 premiere of Chucky.