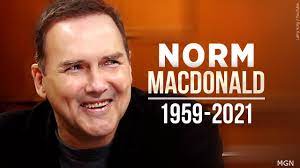 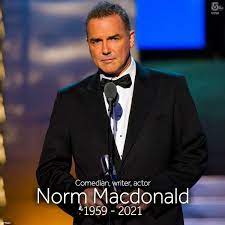 Los Angeles, CA (The Hollywood Times) 11/11/21 – Norm Macdonald was a one-off. He was less a comic than a verbal mischief-maker. He developed a laconic, deadpan delivery that was never enslaved to the punchline. Sometimes the punchline never came when the journey was funnier. He was one of those rare comic minds who could pivot from blue to clean seamlessly and never blinked. 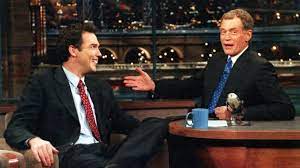 A troll back through YouTube finds Macdonald to be one of the greatest talk-show guests in the history of the form. He tested the limits of network censors. Sometimes he tested the patience of his talk-show hosts as well, who nevertheless always welcomed his return. He always killed it, sometimes by force of will. Letterman said he would have had Macdonald on his show every week if it were possible. 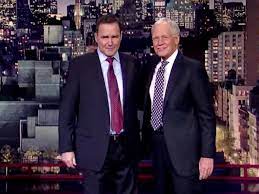 Macdonald made his first network TV appearance on David Letterman, and he acknowledged that debt his whole life. He viewed Letterman as a mentor and father figure. Indeed, when Macdonald performed his last Late Show stand-up routine in the final weeks of Letterman’s tenure, he uncharacteristically broke down and shed real tears to end the show. 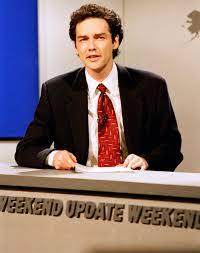 Big three network viewers will always remember him as the SNL Weekend Update anchorman. Delivering the news of the week with blatant disregard for political correctness. He was finally relieved of his Update duties after telling one O.J. murder joke too many. His peers acknowledge him as the greatest Update anchorman in the history of the franchise. 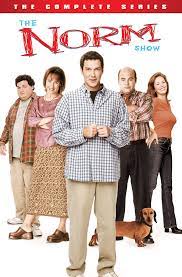 However, the lost jewel in Macdonald’s comedy crown was his three-season hitch as a sit-com star for ABC.  “The Norm Show” (subsequently changed to “Norm”) is a time capsule curio that could not exist in today’s woke environment. Each episode was a machine-gun hail of racial stereotypes, sexual innuendo, retard-jokes, ageism, fat-shaming, and general comedic mayhem. Even Macdonald’s main character was an alpha-sexist outlaw (an ex-hockey player convicted of tax evasion), who ends up as a social worker for The City of New York…and hating it. 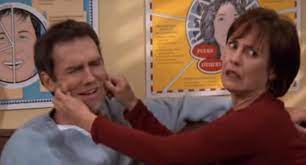 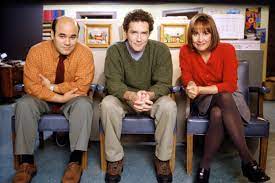 The opening credits roll to a one-shot montage of slapstick and sight gags that would do any Mrs. Maisel episode proud. The format of the show was standard sit-com performed before a live audience. However, that’s where the network protocols ended. Norm didn’t care if we liked him or not. If one haymaker failed to land, another would come along any second. None of the forbidden seven words were employed, but there was plenty of profanity implied. 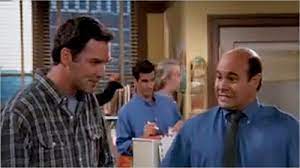 “Norm” was the guiltiest of guilty pleasures. The fact that ABC picked up the show and ran with it is remarkable. The fact it lasted three seasons is a miracle. Its run ended weeks before 9/11 changed our lives in perpetuity.  In today’s world, “Norm” would cause mental trauma, apologies would be demanded, careers would be canceled, and twitter’s hyperbolic head would explode. However, (for me) binge-watching ‘Norm’ brings me back to a less dramatic time before 9/11, Twitter, and Trump. People were calmer, happier, and more invested in their own narratives.  Moreover, a quick press of the remote button was still the favored remedy for squeamish sensibilities. 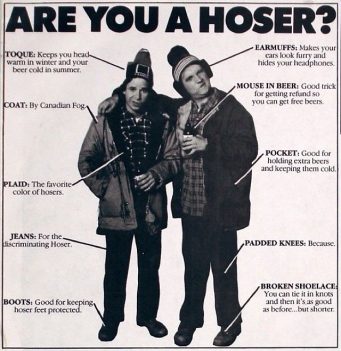 Macdonald was an enigma wrapped in a Canadian Hoser husk. He claimed to be non-political but joked incessantly about The Clintons murdering Vince Foster. He professed admiration for George Bush. He loved America more than his native homeland of Canada. He always took care never to present as smarter than his audience. He passed himself off as a Great White North bumpkin, but as he got older it became clear he liked to read and think about things. His passion was writing and (by his estimation) had a solid 10 hours of material at the ready for any occasion or subject. He developed an impressive vocabulary despite his fondness for crude, low-brow profanity, and dick jokes. 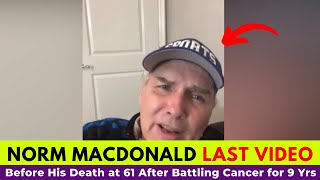 The cancer gene ran rife through his family and finally tagged Macdonald the last decade of his life. He died too soon at 61. He kept his illness a secret to the end; only adding to the mystique and allure of one of the greatest comic minds of our lifetime. Is it too far a stretch to describe him as the Lenny Bruce of our generation? I think not.