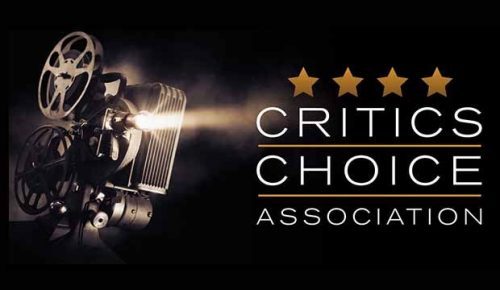 “WHEN THEY SEE US” LEADS TELEVISION RACE WITH SIX NODS, “THIS IS US” AND “SCHITT’S CREEK” CLOSE BEHIND NETFLIX GARNERS 61 TOTAL NOMINATIONS, HBO EARNS 33 GALA EVENT WILL AIR LIVE ON THE CW NETWORK SUNDAY, JANUARY 12, 2020  – FROM THE BARKER HANGAR IN SANTA MONICA

(Los Angeles, CA – December 8, 2019) – The Critics Choice Association (CCA) announced today the nominees for the 25th Annual Critics’ Choice Awards.  The winners will be revealed at the star-studded Critics’ Choice Awards gala, which will once again be hosted by film, television, and stage star Taye Diggs, and broadcast live on The CW Television Network on Sunday, January 12 from 7:00 – 10:00 pm ET (delayed PT).

“Once Upon a Time… in Hollywood” impressed with 12 nominations, followed by “Little Women” with nine, “1917” and “Marriage Story” with eight, and “Jojo Rabbit,” “Joker,” and “Parasite” with seven each.

Newcomer Asante Blackk also received two nominations for his roles in “This Is Us” and “When They See Us.”

Many of this year’s director nominees pulled double duty, and are nominated for their screenplays as well, including Noah Baumbach for “Marriage Story,” Greta Gerwig for “Little Women,” Bong Joon Ho for “Parasite,” and Quentin Tarantino for “Once Upon a Time… in Hollywood.”

Netflix has earned 61 nominations across their series and films.  HBO received 33 nominations, followed by Amazon with 14, and NBC with 12.  Topping the list of nominated series is “When They See Us” (Netflix) with six, followed by “This Is Us” (NBC) and “Schitt’s Creek” (Pop) with five each.  Several programs received a total of 4 nominations including “Barry” (HBO), “Chernobyl” (HBO), “Fleabag” (Amazon), “Fosse/Verdon” (FX), “Game of Thrones” (HBO), “The Crown” (Netflix), “The Good Fight” (CBS All Access), “Unbelievable” (Netflix), and “Watchmen” (HBO).

“This has been a truly great year for television and movies,” said CCA CEO Joey Berlin.  “In every genre, from every viewpoint and distribution platform, brilliant storytellers are challenging and delighting us.  We are so excited to have the opportunity to celebrate them, and their work, on January 12 on The CW!”

The 25th annual Critics’ Choice Awards show will be produced by Bob Bain Productions and Berlin Entertainment.  The CCA is represented by Dan Black of Greenberg Traurig.

The Association of National Advertisers (ANA) and The CW Network will continue their partnership with the presentation of the fourth annual #SeeHer Award.  This award recognizes a woman who embodies the values set forth by the #SeeHer movement — to push boundaries on changing stereotypes and recognize the importance of accurately portraying women across the entertainment landscape.  The award will bear significant importance as 2020 marks the 100-year anniversary of the passing of the 19th Amendment, which gave women the right to vote.  Past recipients of the #SeeHer award include Claire Foy, Gal Gadot and Viola Davis.  The 2020 honoree will be announced soon.

The Critics Choice Association is the largest critics organization in the United States and Canada, representing more than 400 television, radio and online critics. It was organized this year with the formal merger of the Broadcast Film Critics Association and the Broadcast Television Journalists Association, recognizing the blurring of the distinctions between film, television, and streaming content. For more information, visit: www.CriticsChoice.com.

THE CW TELEVISION NETWORK launched in 2006 as America’s fifth broadcast network, with programming targeting younger viewers, a demographic highly sought after by advertisers. The CW, a joint venture between Warner Bros. Entertainment and CBS Corporation, broadcasts a six-night, 12-hour primetime lineup, Sunday through Friday. The CW’s primetime programming is also available to stream for free, without authentication, on the ad-supported cwtv.com and The CW app, now available on every major OTT platform. In daytime, The CW broadcasts a Monday through Friday afternoon block, and a three-hour Saturday morning kids block. The CW’s digital network, CW Seed, launched in 2013, and offers original short-form digital content as well as past seasons of fan-favorite television series. For more information about the network and its programming, visit www.cwtvpr.com.

About the Association of National Advertisers (ANA)

The ANA (Association of National Advertisers) makes a difference for individuals, brands, and the industry by driving growth, advancing the interests of marketers, and promoting and protecting the well-being of the marketing community. Founded in 1910, the ANA provides leadership that advances marketing excellence and shapes the future of the industry. The ANA’s membership includes more than 1,700 companies with 25,000 brands that engage almost 150,000 industry professionals and collectively spend or support more than $400 billion in marketing and advertising annually. The membership is comprised of more than 1,000 client-side marketers and more than 700 marketing solutions provider members, which include leading marketing data science and technology suppliers, ad agencies, law firms, consultants, and vendors. Further enriching the ecosystem is the work of the nonprofit ANA Educational Foundation (AEF), which has the mission of enhancing the understanding of advertising and marketing within the academic and marketing communities