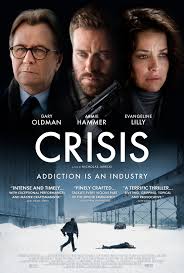 Jimmy Steinfeldt: How did the idea of the screenplay come about?

Nicholas Jarecki: Often times films start with a personal experience or something that you see in the world that seems odd. Many years ago I had a friend who got involved in opioids and he’s not with us anymore. We didn’t understand what happened. He was such a bright young man and we thought where did this come from? In the last 5-10 years, we’ve seen an explosion of people struggling with the opioid epidemic. I thought what’s going on? I started to do some research. I found that this was an issue that was really misunderstood. It was complex and multifaceted.

I decided to look at it from three sides. The personal side of users and what they go through. The law enforcement side, how illegal drugs come to the street through smuggling or diversion or creation in labs with ingredients from China. The pharmaceutical industry. Who is making these drugs, who are profiting from them? 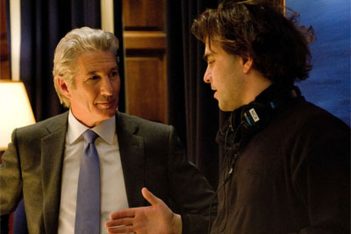 In my last film Arbitrage, Richard Gere is a billionaire in his own crisis, the financial collapse. In this film Crisis, we’ve got another societal collapse but there is a lot of blood and treasure left on the floor so to speak. What’s behind that? I did a lot of research. With some great advisors to investigative reporters with the L.A. Times. With undercover police operatives to find out how these drugs get created, come to market, and also find out if safeguards have been ignored?  With doctors. Have they been incentivized to overprescribe and what has happened to the culture of pain treatment?

After doing the research I put it all together and saw it was really a fascinating and compelling topic. It’s also a great realm for a thriller.

JS: What directors influenced you? I love the work of Sidney Lumet. He did films that take a look at societal issues. Kathryn Bigelow is another great influence, Hurt Locker and other films. Of course Michael Mann with The Insider which looked at the tobacco industry and had a bit of a whistleblower story in there. I’ve also explored multi-narrative and multi-character approaches. One can’t overlook the towering achievement of Steven Soderberg with Traffic, 21 Grams, and Bubble in creating multi-plot stories. It used to be more common like in L.A. Confidential to look at something from three viewpoints. I wanted to stimulate audiences the way it’s been done in the past. I think the audience is ready for it.

JS: I was very impressed with the cinematography. Perhaps because I’m a still photographer. The opening scene in the snow even looked and felt cold. Whether it was a choice of film stock or color correction it was very convincing. 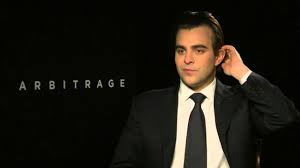 NJ: I love that you brought that up. It was so cold the lenses actually froze and we had to bring in heaters to unfreeze the glass. We shot the opening scene in the snow and someone said to me it has the look of a Bond film. I’ve been blessed to work with some brilliant cinematographers like Yorick Le Saux on Arbitrage.

In this film, I used a great French Canadian cinematographer Nicolas Bolduc. I first saw his work on the Denis Villeneuve film Enemy with Jake Gyllenhaal. I was massively impressed. He had a command of color. He had a whole career shooting on 35mm and then he went over to digital. I’ve always shot on 35mm and when I told him we gotta go 35mm he was so excited to bring it back.

Then he pushed me into the anamorphic widescreen format which I hadn’t used before. I had done Arbitrage in the academy style 1A5. He said my picture is of such scope we need to capture the vistas but also get very close to their faces. We’ve got Gary Oldman, Lily-Rose Depp, Greg Kinnear, Michelle Rodriquez. We used the Panavision c series lenses. They are actually from 1968! They create a wonderful bouquet of blue and fall off with the 35mm gave us a great study in contrast. Hopefully one day everyone will be able to see the film in the cinema when we are not in a pandemic.

JS: Near the end of the film I was reminded of one of my all-time favorite films The French Connection. I was wondering would Frog 1 getaway. 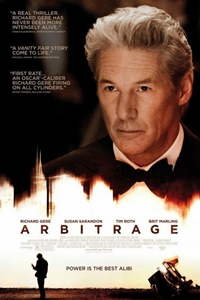 NJ: I met Billy Friedkin right around the time I was doing Arbitrage. He came into the editing room and he’s been a wonderful friend through the years. In my film Crisis, the character Mother who’s the crime boss of Montreal played by Canadian actor Guy Nadon is influenced by the Charnier character in The French Connection. In my film’s fifth reel we have that character in a shootout and escaping from the warehouse. It’s a tip of the hat to Billy who influenced us all.

JS: Your co-star Evangeline Lilly sure turned out to be a great shot!

NJ: We had a lot of discussions about that. What should her character know about guns? It’s funny, up in Canada nobody has a gun but in America, there is a fascination with guns and shooting. In the final analysis, I leave it up to the audience to decide what her character knows about guns.

JS: Tell me about your use of one of my favorite songs “Can’t You Hear Me Knocking.” 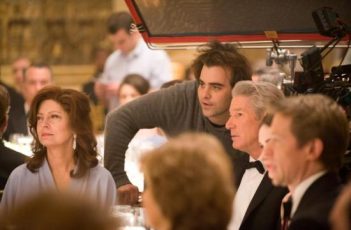 NJ: That was a journey in and of itself. During my career here in Los Angeles I became friends with the Jagger family. I’ve always been a Rolling Stones fan but I never thought in my wildest dreams I’d be able to put their music in a film. They are one of the greatest bands in history and command millions of dollars for their songs. I put that song in the film as a placeholder and thought I’d eventually swap it out. However, Lizzy Jagger saw it during editing and she was such a supporter of the film she helped make it possible to keep it in the film.

JS: How did your experience making music videos help with your feature film career? 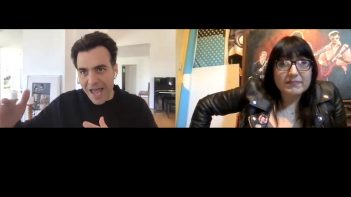 NJ: When I started doing videos in New York I was just out of film school and it was a great way to get going. You didn’t need a lot of money. You needed a band and a good song. It was great training because you would take lots of shots and do a lot of setups. By moving the camera a lot you learn to be nimble and capture interesting images. Also, you are telling a story in three minutes. That was useful in preparing for the narrative required in a feature film

To learn more about Nicholas Jarecki and the film Crisis: https://www.imdb.com/title/tt9731682/