Just when it seemed like hour-long scripted drama was a thing of the Before Times, along comes NeXt, debuting on Fox Tuesday October 6 at 10pm. And boy, this is such a classic network scripted drama. In a world of limited premium cable series and limitless streaming series, one almost forgets how reliable (and predictable) that formula is.

Mad Men’s John Slattery stars as Paul LeBlanc, an abrasive Steve Jobs-type who has maybe designed a malevolent artificial intelligence smarter than any human on earth, and who also is maybe going a little nuts. His performance is the main reason to watch the show. But it’s also a delight to see two Ozark alum: Jason Butler Harner, who was an unpleasant FBI agent in Ozark, plays LeBlanc’s brother; Michael Mosley, the tragic preacher in Ozark, is now an unpleasant FBI agent.

The plot is a mash-up of War Games, Her, Mr. Robot and a dozen other tropes, with NeXt itself as a next-generation Hal from 2001: A Space Odyssey. Interwoven with that is the family drama of cookie-cutter beautiful “FBI Cyber Crime Task Force” Agent Shea Salazar (Fernanda Andrade), her cookie-cutter handsome husband and their sensitive son, as well as LeBlanc’s tense relationship with his estranged daughter. This awkward juxtaposition presumably came about because the show was created by alumni of 24 and Dexter (Manny Coto) plus This is Us (Glenn Ficarra and John Requa.) 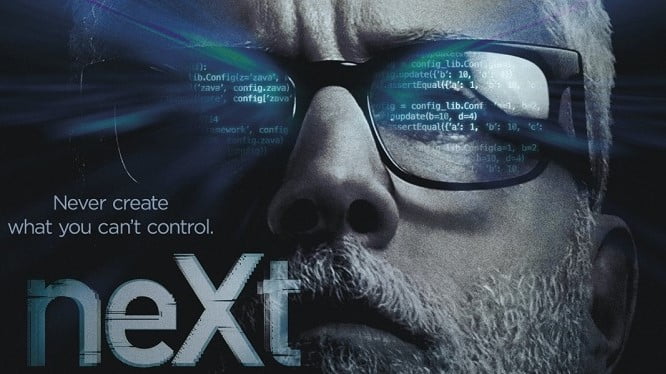 Production values are great — as long as you haven’t just watched, say, Watchmen. It was shot in Vancouver by a journeyman crew and features an appropriately diverse and competent supporting cast. As far as I’m concerned, any show that kills off veteran character actor John Billingsley in the first three minutes is televised comfort food.

At least we have something new to watch on broadcast television that people actually made the effort to write, act and shoot. Because otherwise, gang, it’s pretty much Celebrity Family Feud or the Presidential Debates.