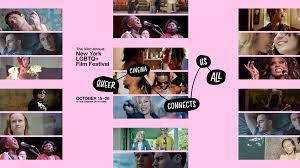 Los Angeles, CA (The Hollywood Times) 10/24/21 – NewFest: The New York Lesbian, Gay, Bisexual, & Transgender Film Festival is a major film festival showcasing the newest and best LGBTQ media for the New York metropolitan area since 1988. NewFest has partnered with the LGBT Center in NYC to screen films on a monthly basis at the Center. Screenings to include discussions with the filmmakers. In 2020, the festival’s key partners are Outfest Los Angeles, Frameline Film Festival in San Francisco, and Inside Out Film and Video Festival in Toronto as the North American Queer Festival Alliance, an initiative to further publicize and promote LGBTQ film. For those of you who wanted to see films at this year’s Outfest Los Angeles 2021 and missed some of the films, here is a chance to catch up with many of the films, which will be available for virtual screening from NewFest in October. For information about virtual streaming, go to: https://newfest.org/events/  Virtual films will be available through October 26. 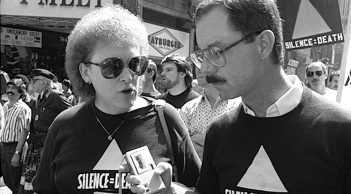 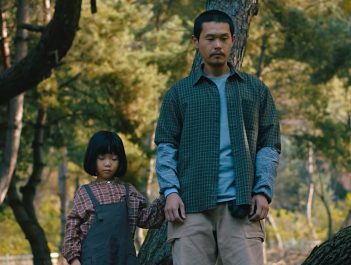 The NewFest International Centerpiece is the South Korean film A Distant Place, directed by Kun-Young Park. It is the story of a rural sheep farmer’s quiet life in South Korea that is disrupted by surprise visits from his lover and his twin sister. Jin Woo lives a simple country life, spending his days working on a local farm and keeping a watchful eye on his adventurous young daughter. When his city-dwelling lover comes to visit, Jin Woo starts to envision their future as a family before the surprise arrival of his twin sister threatens to complicate his dream.

Certainly worth seeing is Lyle Kash’s Death and Bowling, a transgressive tale of a struggling transgender actor who goes on an adventure of self-discovery after the death of his close friend and captain of his lesbian bowling league when a mysterious stranger shows up at the funeral. This film is a brilliant meta-critique of trans representation in film. Struggling actor X’s lesbian bowling league Lavender League Bowling Club is the only thing keeping his head in the right lane as he faces the daily struggles of demanding auditions, demeaning roles, and shady characters. But when the team’s matriarch and captain unexpectedly passes away and an intriguing stranger arrives, X finds himself on a new journey toward introspection, acceptance, and love. Made by a predominantly trans cast and crew, Lyle Kash’s confident directorial debut announces the arrival of an authentic, idiosyncratic new voice in contemporary LGBTQ+ cinema. Death and Bowling shows off Kash’s thoughtful and boundary-breaking approach to storytelling – a real game-changer. 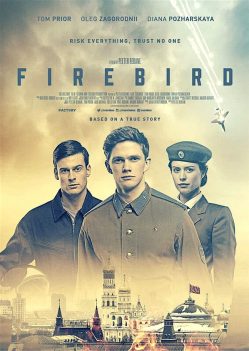 Peeter Rebane’s Firebird is a well-done dramatic film that takes place in the former Soviet Union at the height of the Cold War. A troubled young soldier forms a forbidden love triangle with a daring fighter pilot and his female comrade amid the dangerous surrounding of a Soviet Air Force in Estonia. The film stars Tom Prior and is based on the true story recounted in the memoir written by Sergey Fetisov. Sergey, a sensitive young private, and Roman, a high-ranking fighter pilot with a promising military career, risk their lives and livelihoods to be intimate on and off the base before Roman’s wife comes between them, evoking a toiling tale of love and betrayal. 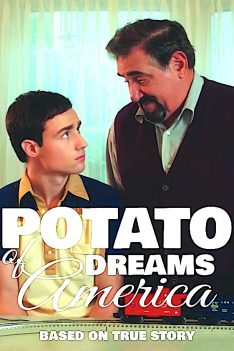 Not to be missed is the clever and amusing film Potato Dreams of America, a film by Wes Hurley which is the U.S. Centerpiece of NewFest. Stylized and deliciously campy, this film conjures a portrayal of “the American dream” and features a star-studded LGBTQ+ cast including Lea DeLaria and Jonathan Bennett. Obsessed with old Hollywood movies and concerned for her son’s future in 1980s USSR, Lena becomes a mail-order bride and moves to the United States. Though she hopes to give her son Potato a better life, things veer off course when his burgeoning sexuality and love of New Queer Cinema clash with his new father’s political and religious points of view.

Highly recommended is Lauren Hadaway’s feature directorial debut in The Novice, a dark and heart-pounding character study of a young woman obsessed with winning at the sport of college rowing. With few friends, mediocre grades, and nothing to lose, queer college freshman Alex Dall (Isabelle Fuhrman) signs up for the rowing team. What begins as an exciting new hobby quickly turns into an unhealthy obsession as she climbs the ranks and gets pushed to her limits. Winner of the U.S. Narrative Feature prize at the Tribeca Film Festival, Lauren Hadaway’s film is a thriller that will keep you gripped until the very end.

Also worth viewing is a fine documentary by Spanish director Adrián Silvestre – Sedimentos – about six trans women who travel to a rural town in Spain to become one with nature and participate in a communal experience that leads to emotionally vigorous conversation and conflict. As the women discuss the evolution of trans rights in Spain and its legal system, they ultimately gain a deeper understanding of their innermost selves. Director Adrián Silvestre’s free-flowing documentary delves into their connections and differences as a collective, capturing the women with empathy and as they truly are: unique and unrepeatable.

read some of our reviews:

FIREBIRD: Forbidden Gay Love Back in the USSR

The Novice: The Wages of Ambition for a Queer Woman