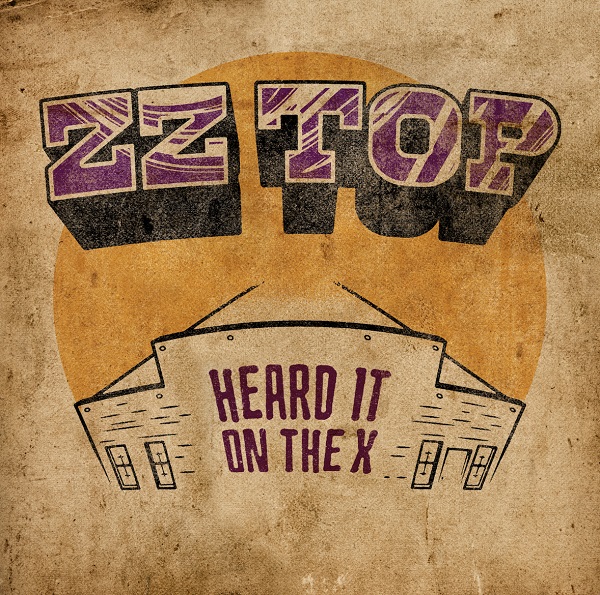 NEW ZZ TOP TRACK IS “HEARD IT ON THE X,” A ROCKIN’ HOMAGE TO THE ERA OF BORDER BLASTER RADIO

“Heard It On The X,” a track featured on ZZ Top’s forthcoming album, “RAW”, will be available Friday, June 24 in advance of the album’s July 22 release by Shelter Records/BMG. Like the other 11 selections on RAW, it was recorded at Gruene Hall, the notorious honkytonk in Texas. The classic setting, dating back to 1878, was chosen for an unfettered, roots-oriented session that is chronicled in the Grammy-nominated documentary ZZ Top: That Little Ol’ Band from Texas. Directed by Sam Dunn and released by Banger Films, the feature offers insight into the history of the band’s classic line-up: Billy F Gibbons, Frank Beard and Dusty Hill.

“Heard It On The X” made its debut in 1975 as part of ZZ Top’s fourth album Fandango!, and continues to be one of the band’s most enduring creations.  The song is a faithful chronicle of the famed “border blaster” radio phenomenon from the time when Mexican AM stations held call letters beginning with the letter “X” just south of the border, broadcasting with virtually unlimited wattage. Stateside stations were maxed out to 50,000 watts of peak power while the Mexican stations were known for their million-watt signals. Billy Gibbons noted, “Even though Dusty, Frank, and I grew up in different part of Texas we listened to the same stations, particularly the “X” stations and, as a result, we gained a lot of the same musical and cultural points of reference.”

The broadcast content over the “X” showcased everything from a gospel show, followed by a blues show, followed by advertisements for guitar lessons, sales of baby chicks, hair dressing ointments, record collections, and, of course, every kind of love offering for every kind of religious persuasion one could imagine.  XERF in Del Rio was the standard bearer for this kind of underground listening experience, blasting consistently night after night.

The idea to broadcast to stateside listeners from Mexico originated with the legendary “Doctor” J.R. Brinkley whose goat gland implant procedure was touted as a cure for sexual impotency problems back in the pre-Viagra age.  His quackery reached a massive audience of eager listeners while simultaneously sidestepping all avenues of governmental approval.

Listen to “Heard it on the X” here on YouTube

The song’s lyrics are a reflection of ZZ Top’s affection for the eclecticism of those bold border blasters and a nod to Dr. Brinkley:

Do you remember
back in nineteen sixty-six?
Country Jesus, hillbilly blues,
that’s where I learned my licks.
Oh, from coast to coast and line to line
in every county there,
I’m talkin’ ’bout that outlaw X
is cuttin’ through the air.

We can all thank Doctor B
who stepped across the line.
With lots of watts he took control,
the first one of its kind.
So listen to your radio
most each and every night
’cause if you don’t I’m sure you won’t
get to feeling right.

The new album’s liner notes by Gibbons and Beard note of the RAW sessions, “..it was, in a very real way, a return to our roots. Just us and the music, no audience of thousands, no concession stands, no parking lot social hour, no phalanx of tour busses. Just us and the music. We knew right then it was a very special circumstance, all of us in the same place at the same time and what a time it most certainly was!”

The RAW tracks, including this new version of “Heard It On The X,” were recorded over the course of one day with an eye to keeping the whole process as simple and straightforward as possible, a nod to the band’s early days. Billy F Gibbons served as producer, with engineering by Jake Mann and G.L. G-Mane Moon; RAW was mixed by Ryan Hewitt. It will be available on 180-gram vinyl, CD and through digital platforms, and will be released “In righteous memory of Dusty Hill.”

The release of the RAW album is supported by ZZ Top’s RAW WHISKY TOUR. The tour, which started on May 27 in San Diego, CA, is bringing the band on stage in 100 dates across North America. The tour’s title is a hat tip to both the forthcoming album as well as the recent release of ZZ Top Tres Hombres whisky from Balcones Distilling of Waco, TX, a flavorful 100 proof mash bill of roasted blue corn, malted barley and rye. 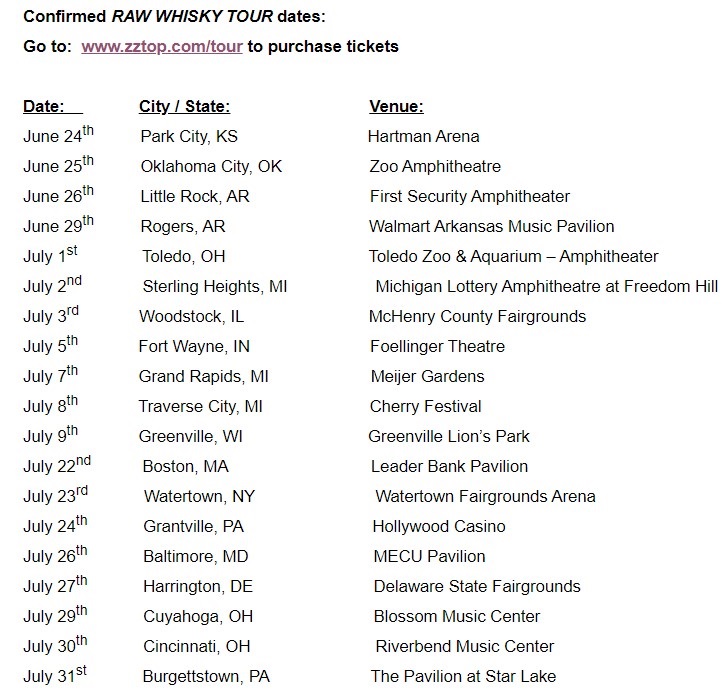 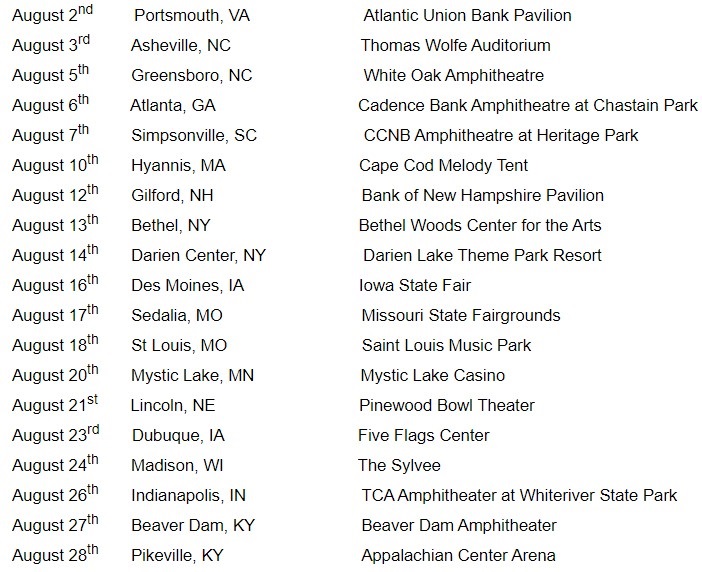