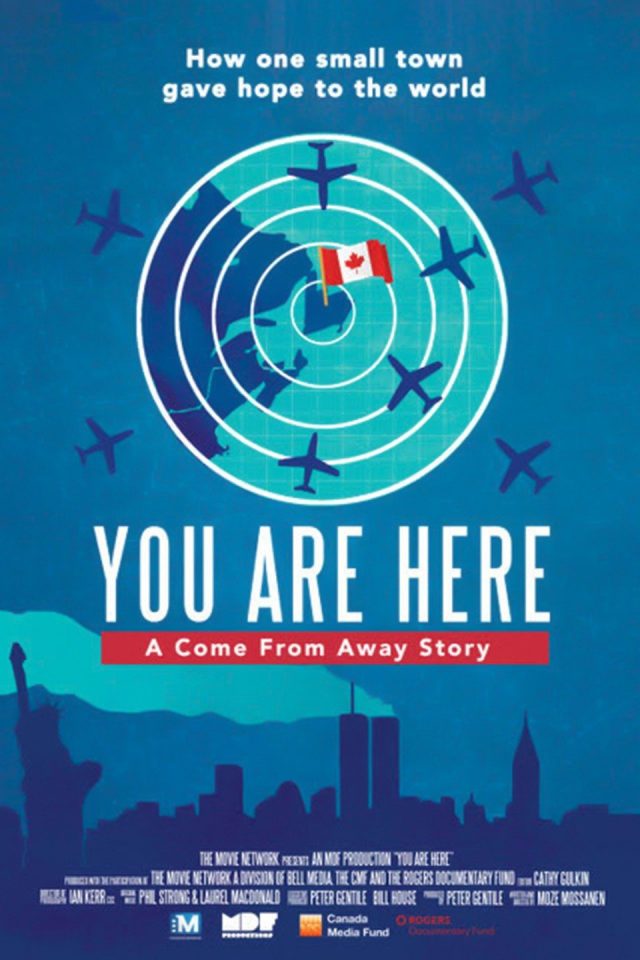 By Judy Shields
I am pretty sure that if you asked some one today where they were on September 11, 2001, they would be able to tell you since that was one of the worst days in American history.  911, who could ever forget that awful day.  I never will and I didn’t even now about what was going on in Gander, Newfoundland, the eastern-most point of North America. 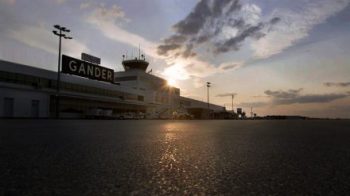 The film will debut in America through a special one-night-only Fathom Event screening in more than 800 theaters nationwide on 9/11.
The  brand new trailer was just released today for the award-winning documentary called You Are Here: A Come From Away Story that beautifully tells what happened when 38 planes carrying 6,500 individuals were ordered to land in Gander, Newfoundland, the eastern-most point of North America.
You Are Here: A Come From Away Story is a Canadian documentary film, directed by Moze Mossanen and released in 2018. Focusing on the role of Gander, Newfoundland and Labrador in helping American and International air travelers stranded after the closure of North American airspace due to the September 11 attacks, the film profiles some of the real people who were portrayed in the stage musical Come from Away.

Weaving in historical footage and personal interviews with passengers and Gander residents, the film shows the hospitality of this tiny town. It ultimately restores hope in humanity — showing the generosity and kindness of a town that opened its arms to those who were scared, abandoned and cut off from their loved ones.
The true story is the inspiration behind the hit Broadway musical, Come From Away.

More info is available at the official film website.

What a great way to spend September 11, 2019, by watching this heartfelt movie about some exceptionally generous and kind people.  Do yourself a favor and look to see where this film is playing and get yourself a ticket for yourself, invite a friend and even bring the family and go see this new documentary film.

Here are the theaters showing it in LA:

Click here to put in your zip code to find a theater near you to go see this amazing documentary film: https://www.youareheredoc.com/american-theaters